BattleBots Takes a Bite (Force) Out of Its Competition 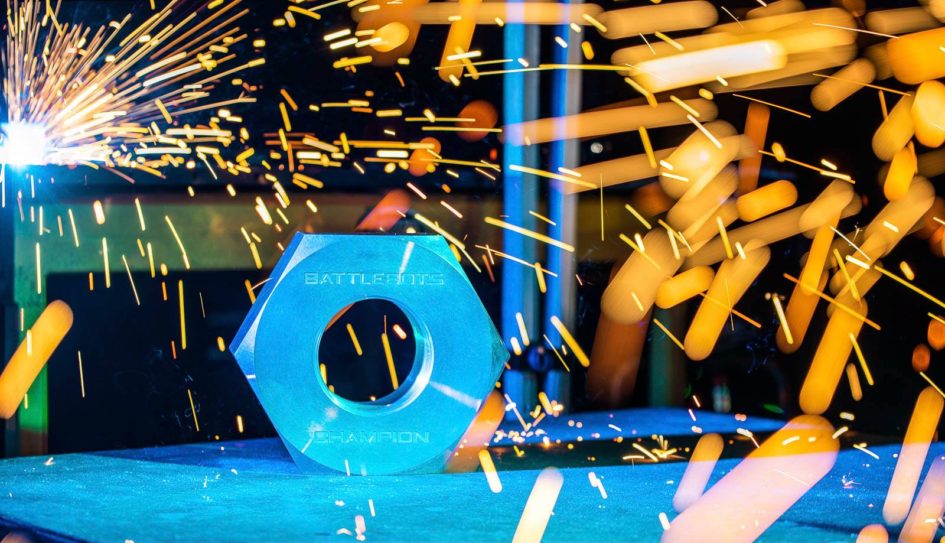 Now that Thanksgiving has passed and I had a chance to clean out the ole DVR, I had a moment to reflect on the past season of BattleBots and give thanks.

I’m thankful for more robot battles, thankful for more robotic destruction and thankful for an extended season this year. While enjoying the longer format of Fight Night (there were 20 episodes of robot fighting), it’s been a little tricky trying to keep track of which teams were in the running for the 2018 World Championship. There really wasn’t an ongoing screen grab listing updated battle records as the show progressed, so it felt like with each battle, one more competitor was knocked out of the competition. But this wasn’t true, as some bots lost up to four matches while staying in the running for the final bracket. It was both shocking and great to see Bombshell, which had been 0-4 on the show, winning the Last Chance Rumble and earning the No. 16 seed, before upsetting the No. 1 seed, Tombstone.

Random thoughts on the robot combat:

The majority of combatants were considered spinners, wedgebots and flippers, so who will be the first person to create a different body type of robot to beat the others? A little bit of imagination goes a long way in this competition.

Minotaur vs. Bite Force in the final was a pretty good match. Bite Force claimed the championship (including two out of the last three years). I was actually pulling for both competitors, as they’re both calm, cool, collected and easy to root for (unlike Tombstone’s Ray Billings, who’s more of a show-off). I seem to remember the previous season finale holding a royal rumble of past losing bots, but unfortunately that didn’t happen this year. There was an exhibition match involving Tombstone destroying an over-matched opponent, though. Yawn.

This year, sometimes you’d get a match up that was mostly a push-bot showcase, but other times, you’d get so much carnage within the battlebox, there wasn’t much left of the two combatants (and those battles were epic). Many of the early rounds ended after a one or two hit blast, but the Top 16 tournament battles really brought the destruction.

There were some growing pains for BattleBots early in the season. Some changes were in store for the judges, as there were some questionable winners in the early going, but that soon changed as the controversial shake-up was a positive move. I never watched the behind-the-scenes episodes airing on Science Channel, but I hope there will be more attention given to the robot builders and makers, as that can only grow the sport, through encouraging engineering and robotics.

Hopefully, BattleBots will bring even more robotic destruction next year. I’m looking forward to it. There really isn’t any competition when it comes to killer robot fighting. And apparently, the producers are encouraging it. #WeWantSeason4.