Bumblebee: Too Much, Too Late? 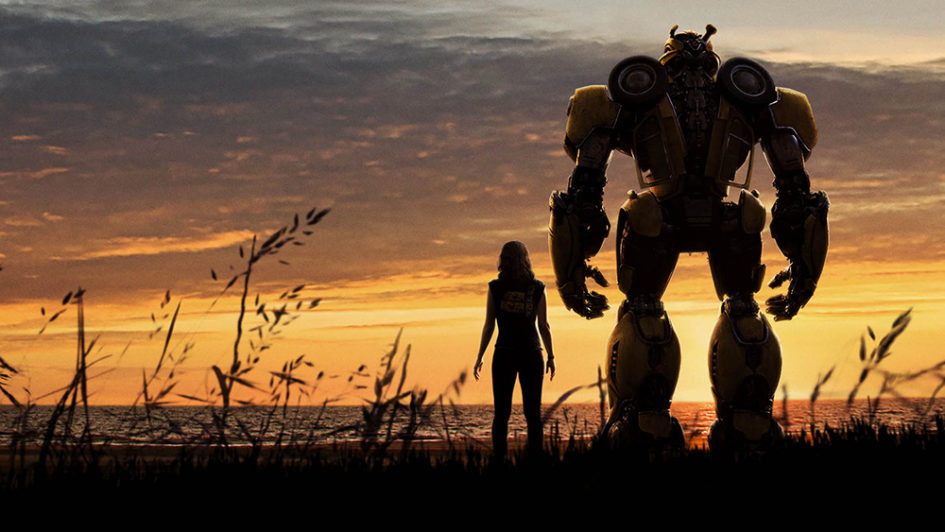 It only took a little more than a decade to get a Transformers film for true fans and wider audiences, alike. The new film, Bumblebee, is a joy from start to finish, but is it too late to pile on this much of what we were always hoping for? Response has been universally positive, but box office figures don’t even come close to the 2007 film, which kicked off the live-action big-screen robot rumble. A busy holiday season with certified ass-kickers like Aquaman and Spider-Man to contend with may have been a stifling aspect in that regard, but a sequel seems likely enough.

How did this film break free of the shackles of its cousin flicks, and what’s likely in store for the future? Let’s dig in.

It should go without saying that spoilers likely abound from this point forward. Embrace the ’80s nostalgia, and make like Michael Jackson and Beat It, if that’s a concern.

Right out of the gate, the story kicks off chin-deep in gorgeous, colorful, Cybertronian flashback battle mode. Heaps of recognizable characters, in true form to their generation-one versions, are throwing down in battle. We can actually tell what’s going on, which is a rare factor in anything Transformers lately, given the usual Bay-Blurry 3D garbage fire audiences have endured as we played guinea pig to the sloppy and haphazard application of the developing technology. But I digress. Back to the battle, the stakes are clearly high, the peril and urgency are real, and Prime (voiced by Peter Cullen in a preservation of one of the only things Bay’s series consistently had right) sends “B-127” (Bumblebee’s original designation) to Earth. If you don’t giggle like a happy 6-year-old during the opening of this film, you should have your vitals checked.

Bee drops into a situation involving military war games, where we see John Cena’s character leading his unit, and there is a bit of technological anachronism as their paintball guns and gear seem a bit too modern. This scene leads into some action involving Hummers, which seem more ’90s than ’80s, until you realize the vehicle did indeed go into service in the mid ’80s. It was merely popularized by the Gulf War and entered more centrally into the common lexicon at that time.

Bee runs from humans, while fighting off Starscream, whose ass he later kicks, dispatching the legendary Deception after the baddie rips out is vocal processor (setting up the “Bee can’t talk” trope now common in the lore). In the end, Bee scans a VW Beetle and goes into hiding. Most of the next portion of the story is laid out by the trailers. Bee meets girl, girl befriends Bee, fixes up Bee, adventures with Bee, battles happen, etc.

The film avoids leaning too heavily on overused gimmicks like the “ha ha, giant robot secretly living in human home” gag, which is only briefly visited. Additionally, they take careful measure to avoid automatically making the two human leads mutual love interests, cleverly addressing it in the dialogue. While they dance right up to the line of making it a big deal that Hailee Steinfeld is a young woman leading the story, they do not get obnoxiously and blatantly feminist at any point. They do an excellent job in the writing and directing of depicting her struggles in-period,  and within various family structure dramas and some baggage of her departed father.

Once the tale reaches a conclusion, she and Bee part ways in a responsible and selfless (but emotionally connective) plot point and scene. Bee re-scans as a Camaro, and rides off to be seen driving alongside a truck that’s very obviously generation-one Optimus Prime. There are about three scenes which create unique multiple-ending beats, which is a disruptive weakness in the structure. One of those scenes, at least, could have been a mid-to-post-credits stinger (heh heh) but that was not the choice made in the end. It doesn’t make the overall film less of a win, however.

This film proves that often times Michael Bay needs to be kept… at bay… as a producer. He has the ability, vision, talent and skill to set up the creation of fabulous movies. However, when he’s allowed too much influence and control, he can and will go over the top, and ruin the potential. Bumblebee is a solid testament to that. By placing the directing in the hands of a proven teller of poignant tales, Travis Knight (Kubo and the Two Strings) and giving younger female talent like Christina Hodson the writer’s pen, a powerful team was assembled to drive this flick at the right pace, on the right roads, with the right steering and brakes.

Production design, all around, was on-point, too. From the phenomenal ’80s soundtrack to the sets and situational trappings (clear Reagan-era references, etc.), they truly cashed in on nostalgia flavor in a very Stranger Things sort of way. They even manage to connect the alien tech to our own in a plausible way, hinting at the Transformers for helping make the Internet a reality.

But here’s the rub: Why did it have to take this long to come up with a true victory for the franchise? It isn’t like the powers that be had any lack of fan feedback to set the course, or correct it when the time came. Additionally, Bay and his previous writers had plenty of other proven successes. There is little to no other explanation to the pervious trips and stumbles aside from classic Hollywood arrogance.

This film is performing well enough to garner its own series of sequels, and so far makes little deviation from fitting nicely into the prequel scheme as only a partial reboot. The lane is open, should they wish to open up the throttle and keep powering forward. As series films are the bread and butter of the business these days, it seems likely. There is, however, the dark cloud of corporate greed always hovering over the potential ruin of great potential. We will have to see what comes to know for sure, but one can hope.

If they do continue down this road, it seems that character-driven focuses would be a good move. What next, then? “Prime?” Or do we figure out a way to sidestep the in-canon facts that Megatron is buried in ice at this time, and venture into a story about him? And how to reconcile the dead Starscream? There has even been buzz about bringing the Beast Wars sub-franchise into the mix.

Now that they finally got Transformers right on the big screen, hopefully they will be allowed to continue. Hopefully, there won’t be too much shock to the often-lacking culture of the industry by having the first film in the franchise to get it right, on some many fronts, coming in so far after so many higher-grossing mistakes.