George Romero’s Final Film is Back for More Dead! 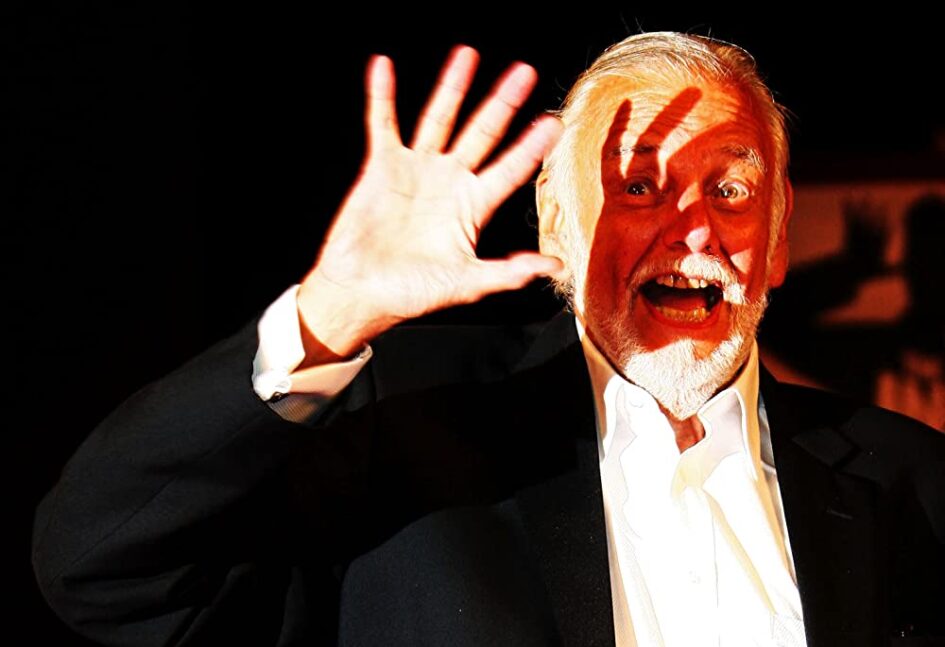 Per Matt
Not a whole lot can shock me early in the morning, while I’m still trying to wake up. But today, while sipping on some strong coffee, I was somewhat surprised to learn that George Romero’s final film will actually see the light of day. Somehow, I’d missed the newsflash that this was remotely a possibility, but I am incredibly excited to see how it turns out.

Throughout the last 53 years, the ground-breaking indie filmmaker only released six films within his undead saga. My favorite of the bunch will always be the original: Night of the Living Dead. Every time I randomly catch its broadcast, I make sure drop all previous plans and prepare for a fun ride. I love the black-and-white film. The subtleties of the script always astound me with each viewing. I’m all about the cadence. The characters. The carnage. Bring it all on. The film still holds up, while carving out a subgenre that still craves blood today.

You’d definitely get an argument from me if you thought Dawn of the Dead was better, which I truly enjoy — both versions, mind you — but the sequel would never have been created without the original movie. Romero’s following sequels felt like they were always trying to live up to those first two films and improve upon them. Unfortunately, they were far from subtle with their politics and their storylines suffered for that. Another unpopular opinion: I actually enjoyed Diary of the Dead, even though I’m not really a found-footage fan.

Romero died at the age of 77 from lung cancer in 2017. Little did I know he was developing the final chapter of his franchise with screenwriter Paolo Zelati. Titled Twilight of the Dead, this installment is intended to be his “final stamp on the Zombie genre.” Twilight will be developed, in part, by his widow, Suzanne Romero, and screenwriters Joe Knetter and Robert L. Lucas.

“We had a solid treatment and the beginning of the script,” Suzanne Romero said. “I can 100 percent say that George would be incredibly happy to see this continue.”

Again, it felt like George Romero’s writing style was eroding away with each subsequent sequel, as his films suffered from Franchise Syndrome, so I am very excited to see a dose of new blood brought into the fold. I hope that Suzanne has some advisors assisting her, as the writing needs to be top-notch before a director is chosen.

“This is the film he wanted to make,” she said. “And while someone else will carry the torch as the director, it is very much a George A. Romero film.”

It seems like this will be a selective sequel to Land of the Dead. That may be a good thing, but I was never truly a fan of Big Daddy.

“It is no secret that Diary and Survival were not the way he envisioned the series ending, and George knew it very well,” notes Zelati. “Twilight of the Dead was his goodbye to the genre he created and wanted to go out with a powerful film.”

“The story is set in a decimated world,” she said. “Life has all but disappeared. But there still may be hope for humanity.”

In the grand scheme of things, I’d love to see a variety of big-named directors take shots at telling stories within Romero’s world on shoestring budgets, much like he did. They could even be filmed within a shared universe, with recurring characters slipping into and out of storylines as necessary. Adopting the MCU strategy feels like a slam-dunk for this subgenre, but I’m afraid it will never happen. I also feel strongly that others shouldn’t be allowed into his sandbox, especially after the lapse in copyright renewal allowed other filmmakers to use similarly titled films, diluting the market. One way a happy medium could happen is if Suzanne was allowed final say on all aspects. That could possibly work, but let’s take baby steps, here.

I’ll be watching the development of Twilight of the Dead very closely. And if it proves successful, even if it’s small, there’s going to be a chance for more. We’ll just have to wait and see.