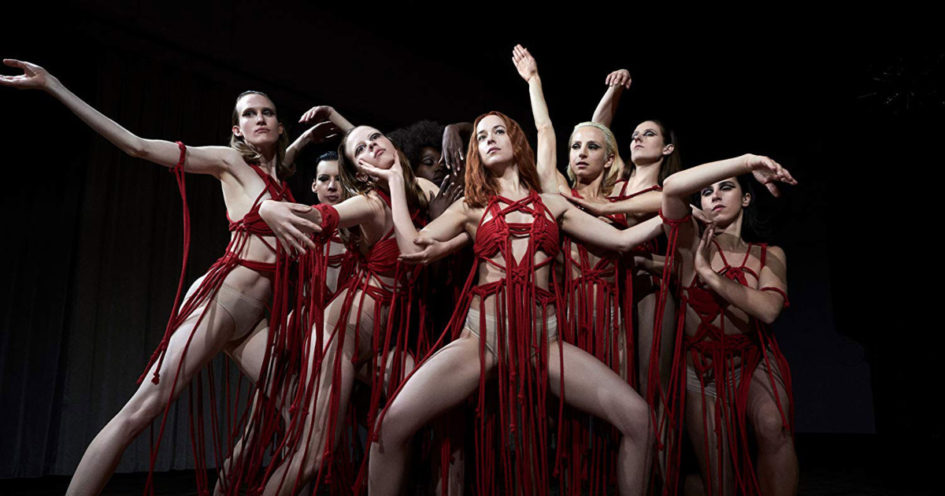 Suspiria is one of the most atmospheric movies you can ever watch. The original film isn’t told so much in words, but in the emotions that the lighting and camera convey. The story does not necessarily make much sense, if I am to be totally honest. That is OK, you just have to let yourself go with it. You have to give into the feeling.

It was this feeling that director Luca Guadagnino was trying to convey. He has stated that it was this film that made him want to become a director and that he had always wanted to make horror films. The original stylistic nightmare was released in 1977 and follows Suzy Brannon, an American ballet student who attends a dance academy in Germany and finds out the school is really a coven of witches. The original film takes aspects from the subgenre of horror films called giallo. Giallo translates to yellow in English, and the genre gets its name from the yellow covers of giallo books. Giallo films were popular in Italy during the ’70s and were psychological horror mysteries that often had detectives or crime story elements in them, with a female lead. Suspiria was the first film in The Three Mothers trilogy, which was about a trio of witches that were old as time and had the power to shape the world.

Writer-director Dario Argento got the idea for the story from Thomas De Quincey’s Suspiria de Profundis. De Quincey wrote his Suspiria while high on opium. Once you know that, the reasoning behind the interesting lighting, color and camera choices become far more evident. The entire idea behind the original Suspiria was to assault your senses, to overload them, so that it seems as if you were watching a drug-fueled nightmare, one that you didn’t quite want to wake up from.

Director of the 2018 Suspiria, Luca Guadagnino wanted to pay homage to the feeling he had while watching this film as a teen. Knowing this, I have significant difficulty being sure the two of us watched the same film. While the 1977 version feels like a bad acid trip, the 2018 version feels as if you are perhaps suffering from an untreated depressive state. The colors are all muted browns and it’s raining all of the time. There was no imagination put forth to make the school feel ominous or to emit the emotion the film so desparately calls for. The story is choppy. It doesn’t make sense, not in an art film kind of way, but in a this was written badly kind of way. It was as if they tried way too hard to make an art house film and succeeded in just making a mess.

The film is bogged down with politics, the Holocaust, civil unrest and the Cold War, which is all way, way too much for an art-house horror film about witches to handle. At one point, Susie is asked what it felt like to dance as the protagonist and she states that it felt as she thinks it would feel to fuck an animal… I think I literally said, “Oh, come on,” out loud in the theater at this point. Instead of diving into the character’s head about her interesting past as a Mennonite woman who left her family and faith, they attempt to just throw out a “shocking” line to represent repressed sexuality. That’s the level this movie operates on.

Dakota Johnson as Susie Bannion and Tilda Swinton as, well, several characters (I won’t begin to even get into that aspect of the film here) both do a fine job on screen, but the film really doesn’t ever seem to be about their characters independently. We really don’t get to know anything about them or why we should have feelings for them or root for them. It’s fairly hard for me to say much for the acting in this film, because I don’t feel the actors were given a chance to really tell the story of the characters they were playing. I don’t have the time nor the inclination to explain the entirety of the 2018 version of Suspiria here. Seriously, if you want a deeper plot analysis, there are currently tons of videos and articles that explain the movie and then videos and articles that explain the articles that are explaining the movie. Go ahead, try to wrap your head around that, if you like. In my opinion, though, there isn’t much more to it than plain lazy writing.

All in all, the new Suspiria is only a so-so film. I give it two stars. The thing is, the original film wasn’t the best horror film. However, it is understandable that one would like it anyway, or if not like it, at least appreciate it. The same can’t be said for its 2018 counterpart.