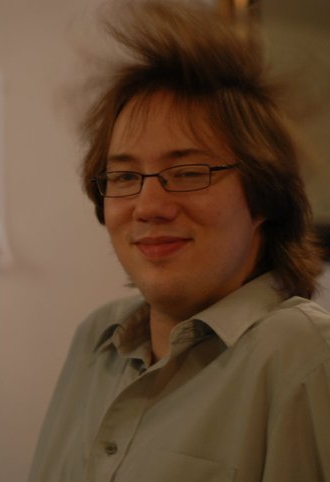 What does the theme, 15 to Life, mean to you?
– “We always try to theme every MTAC something based on the number of MTAC it is, which is coincidentally the year it takes place. Every couple of years, we plan the themes and revisit the ones we’ve already decided on for the future. When we came to year 15, we knew we hadn’t done a cops-and-robbers theme, and something about ’15 to Life’ just sounded right to title it.”

Generally, are there many police officers featured in anime? What are some notable ones?
– “Oh, there are plenty! Ghost in the Shell, Bubblegum Crisis, Gunsmith Cats, You’re Under Arrest and Hyper Police. That’s just what springs to mind immediately. Outside of the badge and uniform, you have bounty hunters like Cowboy Bebop and crime series like Lupin the III. There’s no more classic cop and robber anime series than Lupin the III, and this year we even have one of the preeminent Lupin English voice actors: Sonny Strait!”

Do you expect a lot of cosplayers to arrive with handcuffs and mustaches, hoping to serve the public?
– “Ha! We definitely expect a lot of great costumes falling in theme, which we love to see our members embrace, but we also love all sorts of cosplay at MTAC.”

What are you most looking forward to at the con this year?
– “I’m most looking forward to returning to the Sheraton Music City hotel! Some of my favorite experiences in fandom conventions have come out of our time at the Sheraton in the past, and we only left because we outgrew it. Now that we’ve thrown in the Nashville Airport Marriott into the mix, if feels like going home.”

What is new for the con this year?
– “This is our first year with a dual venue, with registration and main events in the Sheraton Music City and vendors and VIP events in the Nashville Airport Marriott. We also have new events like the LipSync Contest. Plus, this year will feature our largest gaming areas ever, with our analog table-top gaming room over four times the size of last year’s and teaming up with local businesses Game Galaxy and The Score to really make our digital video gaming room stand out.”

“One of the biggest new things for us though will have already happened for some of your readers by now, and that’s mailed badges! This year is the first year we offered the service, with lets members get their badges before the event and skip the Registration line on site. It’s gone great so far, and we hope to see more people take advantage of it for 2016.”

Hopefully you will be filming the LipSync Contest for an AMV/music video to be posted online later.
– “The music video is a great idea! We’re accepting all sorts of music, as long as it’s suitable for that event’s all-ages audience. We’ll be giving away a stringless guitar as the ultimate ‘pretent’ instrument to go along with your ‘pretend’ singing.”

This year, attendees will be navigating between several new hotels. Will there be different activities in each?
– “Absolutely! As I mentioned earlier, our main events are in the Sheraton, as well as Registration to pick up your membership badges. The Marriott has VIP events and autographs, as well as the always popular Dealers Room and Artist Alley.”

Do you have any navigation tips for visiting each hotel?
– “We are providing complimentary shuttle transportation between the two, so that members can experience the entire event. As for parking, the Sheraton Music City will have parking passes available for purchase, but everyone staying at the hotel gets one complimentary. We’re working on the Sheraton on some of the finer details to make it as smooth of a process as possible. We’ll also have free overflow parking in nearby businesses starting at 5 pm Friday.”

As the top organizer of MTAC, how will you be spending the weekend? Will you have any time to actually relax?
– “I have a specific block of time set aside for me to relax. I’ve named it ‘May.’ Seriously though, I’ll be on my feet a lot, checking in on everything and being around as my staff needs me, but with such a great team as we have, I’ll more likely than not be in everyone’s way!”

What one activity, during the con, will you be participating just for fun?
– “There’s a ‘How to Run a Con’ panel Sunday at 11:45am that I’ll probably go to, so I can figure out what I should be doing. Outside of that, I love watching our Cosplay Contest and our AMV Contest, where our members get to show off just how creatively awesome they are. Maybe I’ll get the the Gunpla Workshop on Sunday so I can start working on my boxes of Gundam models.”

Every year, MTAC keeps growing and getting better. Looking forward, do you expect to be a these same hotels next year?
– “We’re already in negotiations for 2016. We’re not ready to announce anything just yet, but we’re excited about the possibilities.”

Artscubed is reorganizing into a new organization. Will attendees notice a big difference this year?
– “We’re still early in our reorganization, which is simply to put us in better positions to operate our conventions successfully for our members to enjoy. Any differences though will be fine tuning what we already do, so all people should notice is us doing our events even better!”

Will MTAC, GMX and The Nashville Zombie Walk still be under the same umbrella organization?
– “We’re all still one big family, committed to helping each of our events be the best they can be.”

Is there anything else you’d like to add?
– “We still have online registration available! Head over to mtac.net, which has been newly redesigned, and purchase your membership for our best year yet! After that, check out our schedule and plan your weekend.”