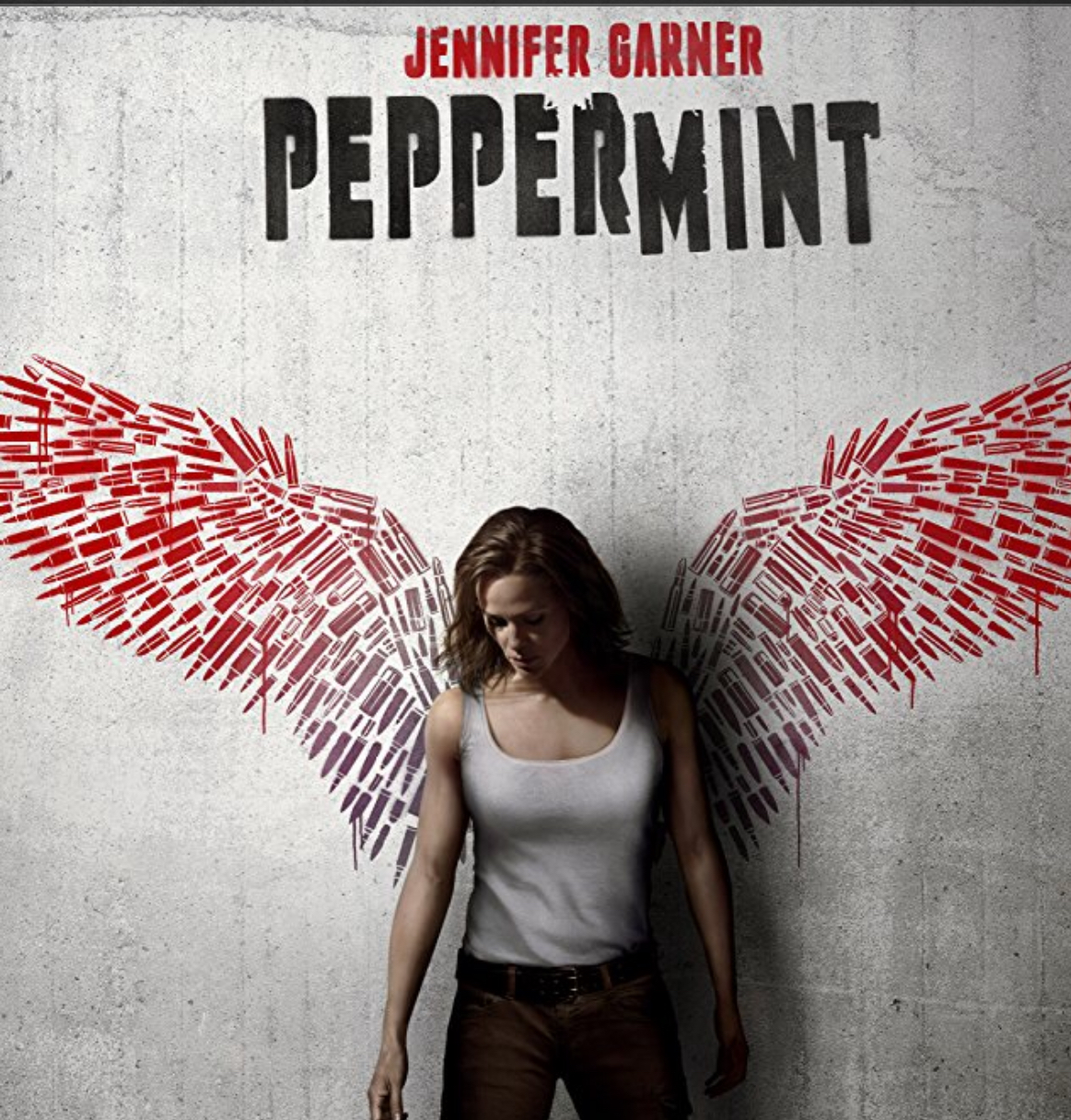 Jenifer Garner wasn’t the name that I think of as a badass, but then I remembered her as Electra in the early 2000s. Once I remembered that, I knew I was in for a wild ride.

The premise of Peppermint is not new. A working-class class family made up of the father, young daughter and wife is happy, but underneath, the father is struggling with his business. He entertains a suggestion from a friend that could help him. Fast forward to a decision, a disappointing birthday party and a fateful decision.

The family goes out to an amusement park and after some fun head for ice cream. The daughter picks Peppermint. As they are eating ice cream, the second decision creates a tragedy.

Our heroine, Riley, wakes up to a horror that could break some people, but she wants justice. There is a lineup, then a hearing, but in all movies of revenge, the bad guys don’t go to jail. She realizes that the judicial system failed her and goes a little crazy. As she is headed to a mental hospital, she escapes. This all happens in the first part of the movie.

This is where it gets a little different from some of the other revenge movies. I will only say that Riley winds up getting an education in weapons and martial arts. So, we really know she means business.

When she returns, the mayhem begins. Jennifer Garner’s character is totally different. She is like a tiger stalking its prey. Apparently, she got really strong, because she could actually put a dead body in her trunk — not an easy feat for a woman by herself. As she works her way through the revenge plan, she stops to help a kid whose dad is a drunk and hopefully scares him straight.

As Riley goes about watching and planning her revenge, the police are becoming aware that she is the killer. They start to realize that she has a lot more skill at killing than your average housewife. We are introduced to the FBI, which now cares about dead drug dealers and crooked cops and judges. In the middle of all this, Riley finds time to creatively execute the bad guys. Riley, who has not run out of bad guys, is just getting warmed up.

In order to keep you interested, I won’t tell you any more about the movie. I will tell you my thoughts about the performances. I actually liked this movie. You know what you will be getting and that’s OK. Who doesn’t want the bad guys to get what they deserve?

Jennifer Garner gave a good performance and her action scenes were believable since we had the backstory early in the movie. She wasn’t a cold,  calculated monster. She made us want her to get her revenge. This is a guilty pleasure for me. I get to see someone get what they deserve. The other actors were good, but Jennifer was the star of this movie.

So, I do suggest if you like action movies with a woman as the lead, go see this movie. It will give you that adrenaline rush every revenge movie viewer wants.