Ringing in the New Year With The Gifted 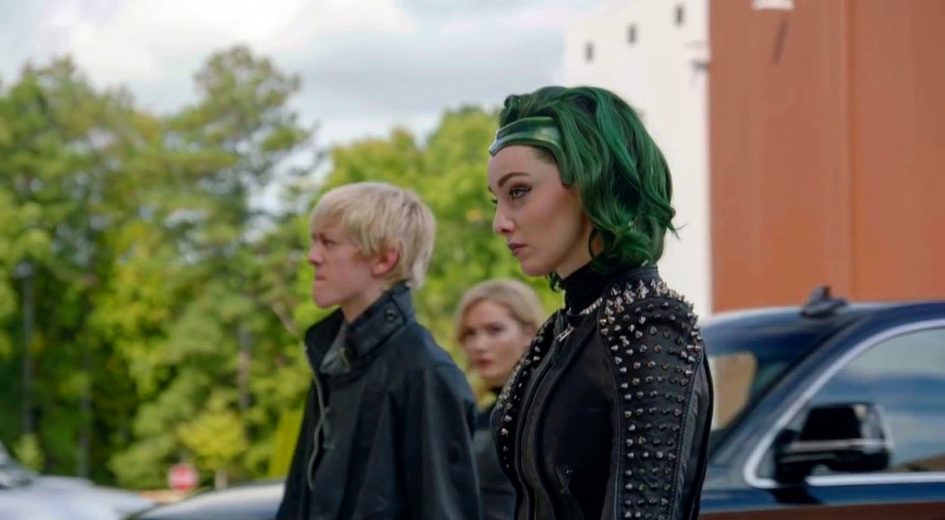 The Inner Circle has left its mark on Season 2 of The Gifted.

Per Matt
Who would have thought the best way to ring in the new year was with those talented mutants of The Gifted?

After the Atlanta hub failed, the Mutant Underground moved to Memphis and has now splintered into different groups. While Season 1 of the show was all about introducing these characters and showcasing the hatred of them by humanity, so far, Season 2 seems to be more about mutants vs. mutants near D.C., as those characters are now living within houses divided. The Inner Circle seems to be an offshoot of the Hellfire Club, which has recruited Polaris (Emma Dumont) and Andy Strucker (Percy Hynes White). Talk about your dysfunctional family of mutants.

Lorna Dane delivered a baby (hence, the “Dawn of the Mutant Age”) and gave it away in order to keep the little girl safe, coming around to understanding her parents’ unwillingness to give herself away as a child. She still has has daddy issues (Magneto has gotten more attention as her rumored father, but his name will never be spoken, seemingly). The X-gene gets explored a bit while Reed’s burning, melting abilities have returned 30 or 40 years after being suppressed with medicine. Reeva gets a tragic backstory. Andy’s haunted after leaving his family and it’s affecting his powers. New enemies, The Purifiers (a hate group fighting to eradicate mutants), are introduced, in addition to the Inner Circle, but there’s no more Sentinel Services this year. Jace Turner has teamed up with them, in order to “cure the mutant problem,”  but his character still struggles to be relevant. Andy is still really unlikable, and there’s really not enough mutants on the show right now.

Adamantium has finally been introduced, further solidifying the series’ link to the X-Men in a bank-heist plot. Creed Financial created the Cuckoo clones. The Mutant Uprising actually happened after the Inner Circle hacked into Regimen Technologies and released all the mutants held prisoner via the power-dampening collars the company controlled across the country. Thunderbird was captured, Rebecca was accidentally killed and there’s still a whole lot of reaching out toward the camera and waiting for special effects to filter in something special, but I’ve come to the conclusion that I’m starting to like these characters more for their little, non-CGI shots and constantly hope to see more from their individual personalities.

Unfortunately, the “bad” mutants only get one-word names and very little screen time. There really needs to be more plots involving these so-called evil mutants, but from what we’ve seen through 10 episodes, they only pop up when convenient to the shaky storylines. That being said, the  blink-and-you’ll-miss-it return of Shatter was too brief, as he was killed off without ever getting a chance to develop his character (with his goblin-looking friend).

Airing on New Year’s Day seemed like a bad time and so far, the season has ratings that are constantly decreasing as the season progresses. That’s not a good sign for a great show to be renewed for Season 3. I’ll admit I’ve been slow to post about this gem, but when I do, I have constantly sung its praises. There really hasn’t been a ton of publicity for the show (other than the commercials airing on Fox), which could have something to do with the ongoing Disney-Fox merger, but I really hope the series gets another chance to grow its audience next year.

While the first year focused more on the frustratingly irritating family, this year has been all about them mutants. Hate crimes and hate speech have been introduced to the series, which definitely complicates matters, but there are some great actors and some great characters on display in this, it’s best season so far. Hopefully, more people will get to know them… before it’s too late.

Here’s to hoping there’s some sort of Days of Future Past deus ex machina before the season finale. That would REALLY create some buzz and could practically guarantee its renewal. Bring on more of those mutants!