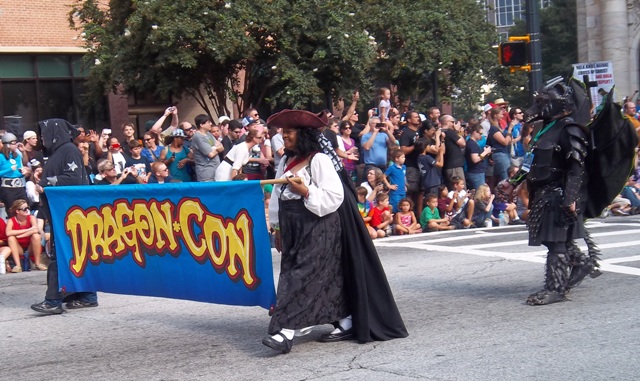 Per Matt
Downtown Atlanta transformed into a pop-culture paradise for the Dragon Con 2013 Parade!

The 12th Annual Dragon Con Parade was probably my all-time Dragon Con highlight. Not only was downtown Atlanta overflowing with kids of all ages, eager to express their fandom from the convention, but the parade, itself, was totally free to the public. With that being said, many onlookers were totally overwhelmed. By the time the Atlanta Police Department totally blocked off the streets, an incredible crowd was already spilling off the sidewalks. 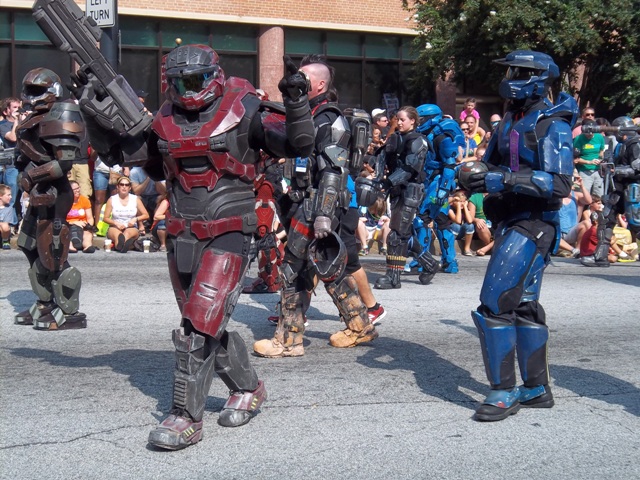 Luckily, my media credentials allowed me a reserved (read: barricaded) location that quickly filled up. My unobstructed line of sight was decent and hopefully my photos represent the parade well. I was lucky enough to be located directly beside Dragon Con TV reporters, who were giving sideline commentary throughout the entire parade. I was cracking up the entire time. 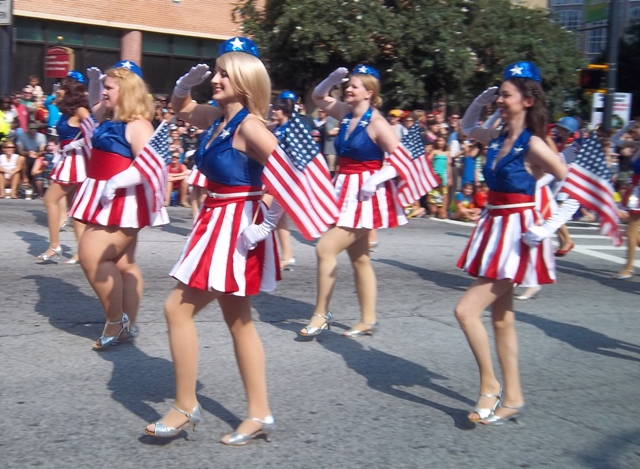 I would say the majority of the registered parade walkers were fans with fan-created costumes and floats. There were a few industry professionals in attendance as well, along with celebrity guests riding atop convertibles. 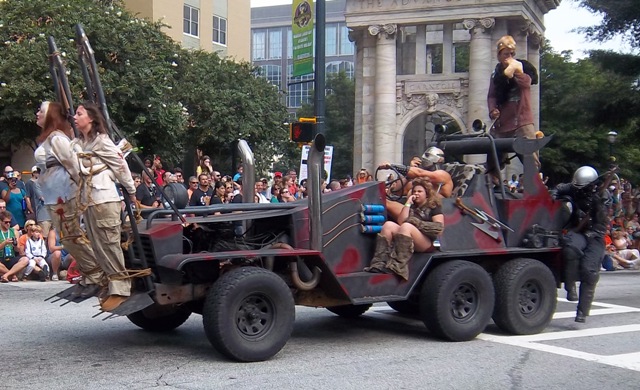 Many genres were represented well, including superheroes (and villians), video games, cartoons (anime and animation), horror (with many Zombies!), marching bands and even a local haunted house! My 2013 favorite parade participants: The Steampunk Tetris Group! 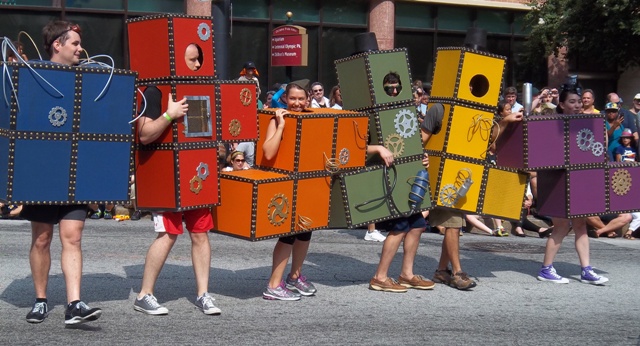 Some celebrity guests include the cast and crew of Fraggle Rock, author Larry Niven and Ernie Hudson heading up the Ghostbusters crew. 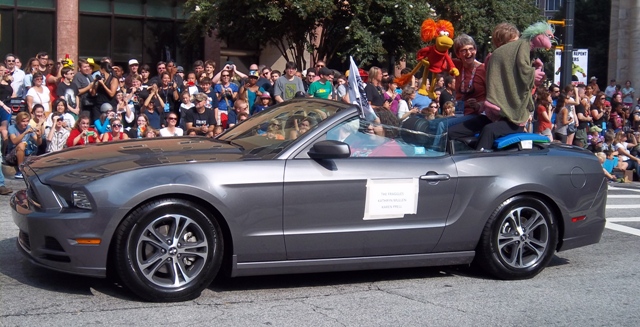 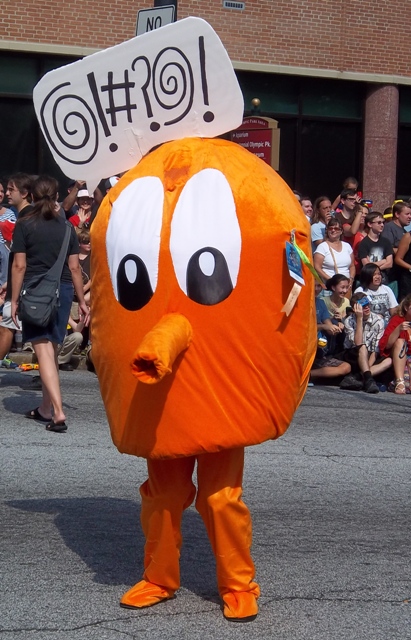 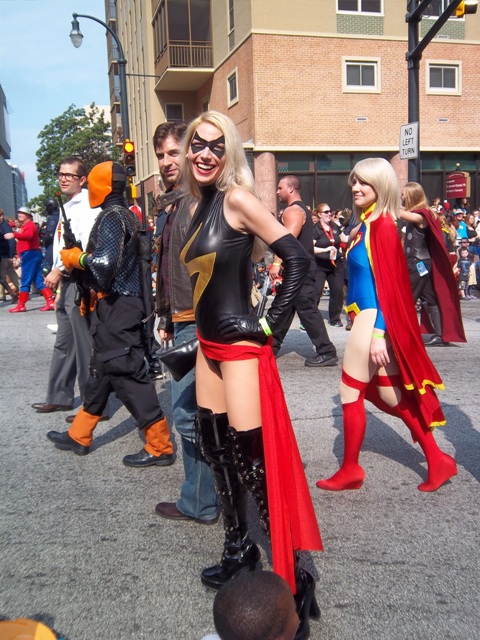 Local haunted house attraction, Netherworld, was impressive in their details… and in dodging the relatively low-hanging stoplight. 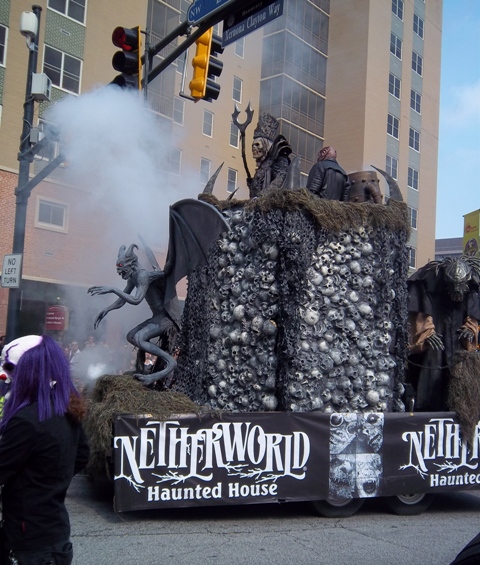 I have many more photos, this is just a sampling of the many, many great costumes, cosplayers, floats, marching bands and professionals! The Dragon Con Parade is definitely something not to be missed! I’m already looking forward to next year’s parade!