Zombieland & Mythbusters: Behind the Myths Tour at The Fox Theatre 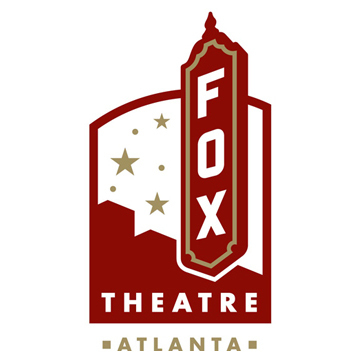 Per Matt
My week-long Dragon Con celebration had its bloody origins Thursday night at The Fox Theatre Atlanta with a special screening of Zombieland, which was filmed throughout Georgia.

During the pre-show festivities, a costume makeup presentation was given by Atlanta Movie Tours and a costume contest was held for best living and undead character based on a Georgia-filmed movie. While there was only one character featured on the living side, there were many of the undead variety. The Undead Katniss (from The Hunger Games) was the overall winner, who won $500 in prizes and tickets to attend Dragon Con. Then the lights went down and the movie began. 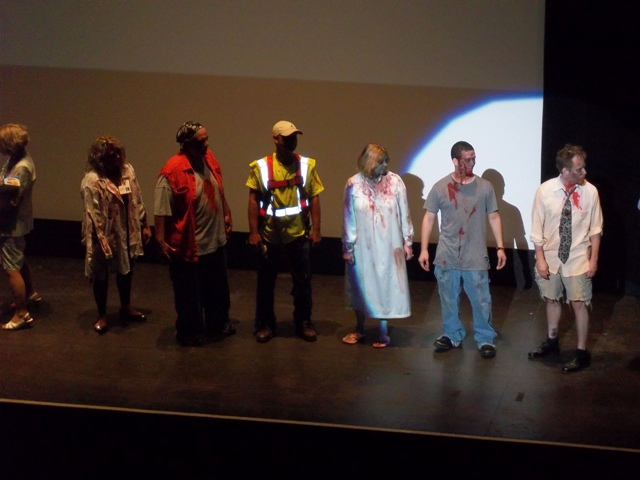 If you’ve never visited The Fox Theatre, this historic destination is a must for live performances and movie screenings. It was a treat to see Zombieland on the big screen. Plus, it was my sister’s very first time to see the great horror-comedy, so that was an added bonus. Also, after speaking to the crew from Atlanta Movie Tours who were in attendance, I’ll soon be taking their Big Zombie Tour near The Walking Dead‘s production studio-filming location of The Prison. 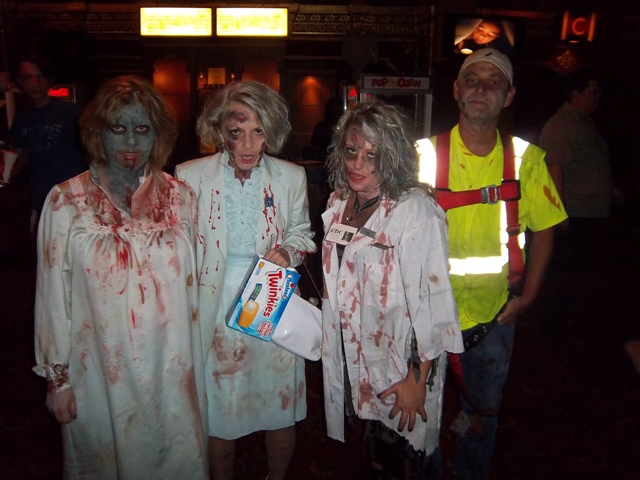 On Friday night, The Fox Theatre featured Adam Savage and Jamie Hyneman, TV hosts of Discovery Channel’s Mythbusters for the past 10 years, taking their show on the road for Mythbusters: Behind the Myths Tour.

The guys performed a range of on-stage experiments with audience participation, shared some hilarious bloopers from the show and a few behind-the-scenes stories. Just as they do on their TV show, the guys made science fun and approachable for both the geeky and the non-geeky variety. 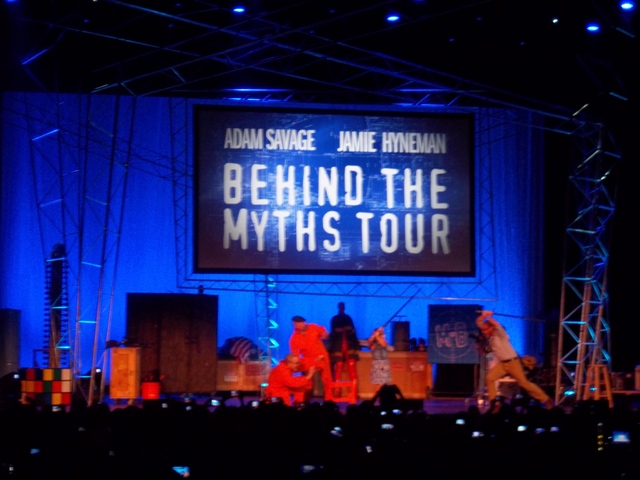 Near the end of the show, the hosts posed for a funny photo-op and dragged Food Network TV’s star, Alton Brown, out of the audience. He was congenial and pleasant as he wielded an unusually large sword at the hosts for the audience’s pleasure. At this performance, I truly got my geek on! 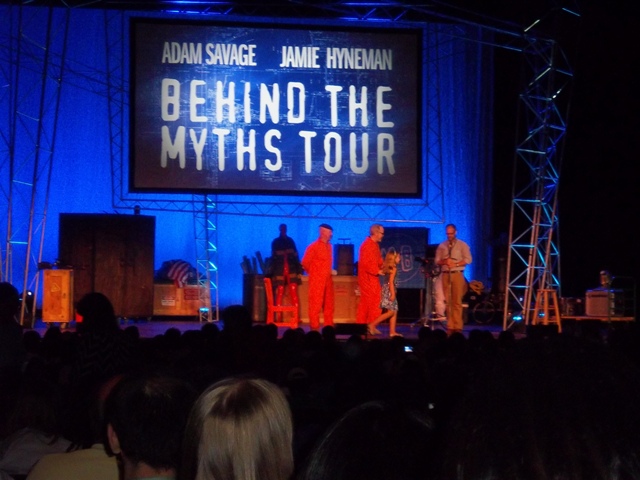 Overall, I had an absolute blast attending The Fox Theatre’s special events and truly hope to return in the very-near future.