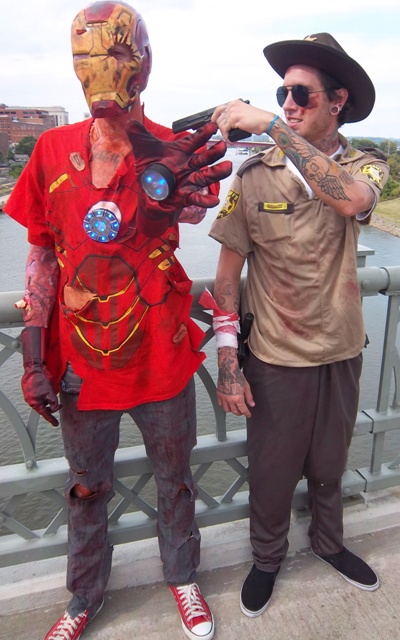 So, this is what the Zombie Apocalypse will look like, Down South!

Saturday, October 12, 2013 was the official National Zombie Day and Tennessee fully represented in true Southern style. The 2013 Nashville Zombie Walk started slowly, since the temperature was in the high 80’s with plenty of humidity during the undead roundup. Blood wasn’t the only thing dripping from everyone’s heads as many of the undead denizens lounged in the shade before hiking through downtown. 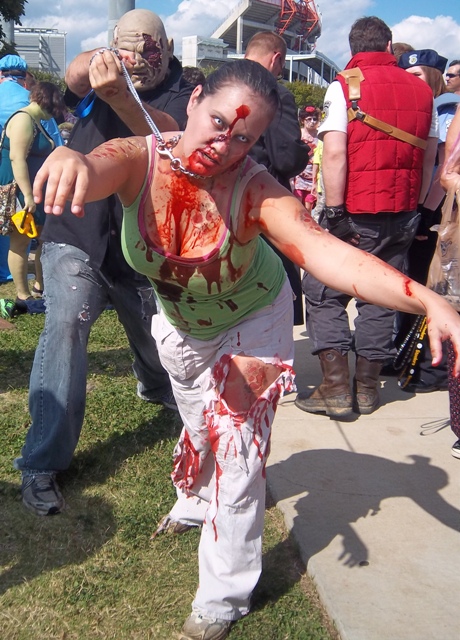 Members of the non-profit group, Arts Cubed, were out in full force, directing the Nashville Zombie Walk activities. This year, they coordinated a couple of stations for professional makeup artists to assist the undead in getting pretty for the event. Local attraction Monster Mountain was the title sponsor of the walk, offering both makeup artists and costumed creatures for the walk. 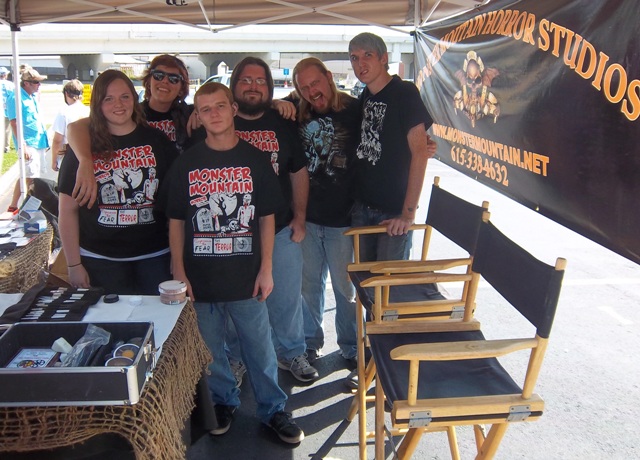 There were many great cosplayers out in full force, including a couple of stilt-walkers (and an undead samurai!), the undead pairing of highly recognizable fast-food icons and the ever-present nightmarish nurses (who will be the first to turn). 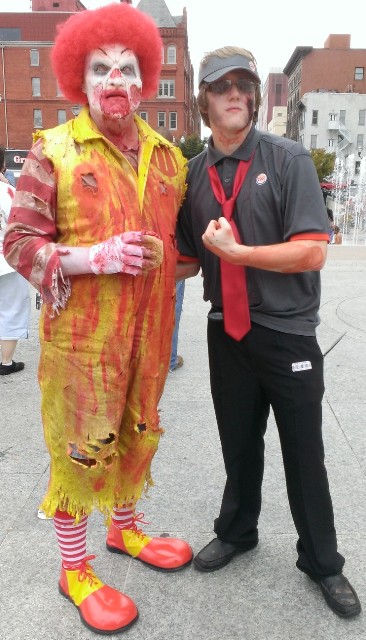 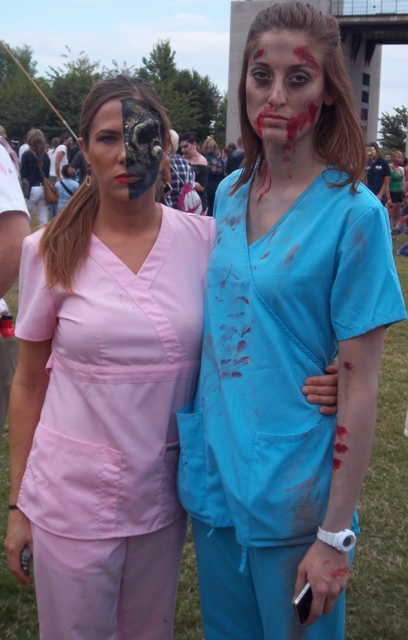 I love it when Zombies are inserted into current-event politics (something which is a sight to see at the San Diego Zombie Walk, held in the Gaslamp District during Comic-Con). There was a sampling of Zombie politics here, as well. 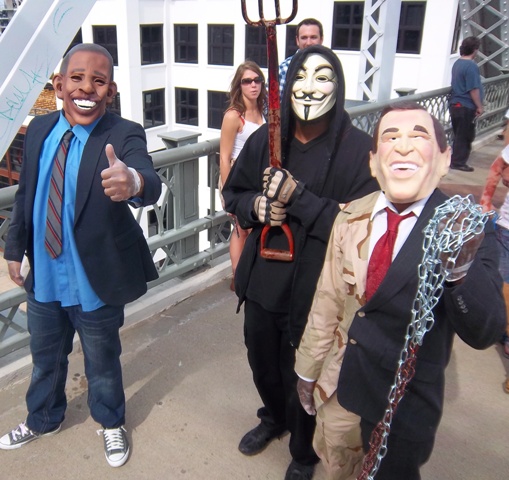 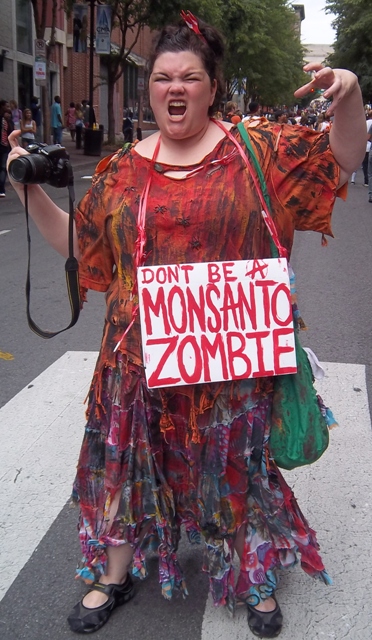 The event was bit more organized than last year, led by Arts Cubed President Lucas Leverett, who directed the horde throughout the day. Assisted by his handy electric megaphone, Leverett had the walkers chanting and grunting throughout the day.

This year, the downtown walk was re-routed, in order to get the most exposure from public, common areas. This new route may have been slightly longer than in years’ past, but it definitely got the attention of everyone around. Walking up the pedestrian bridge and through 2nd Avenue, the herd required a police escort. Many tourists and locals alike took notice while being completely engulfed with the Zombie horde (and many pictures). 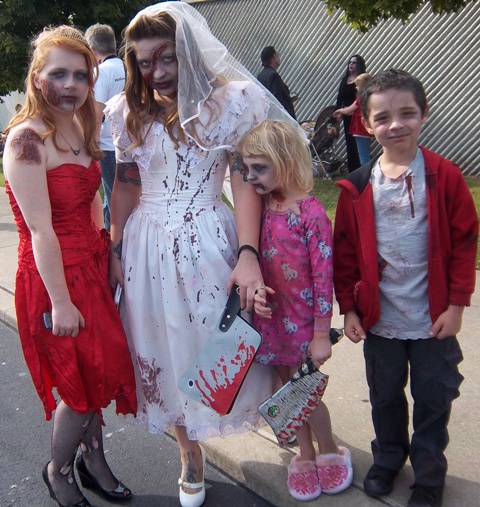 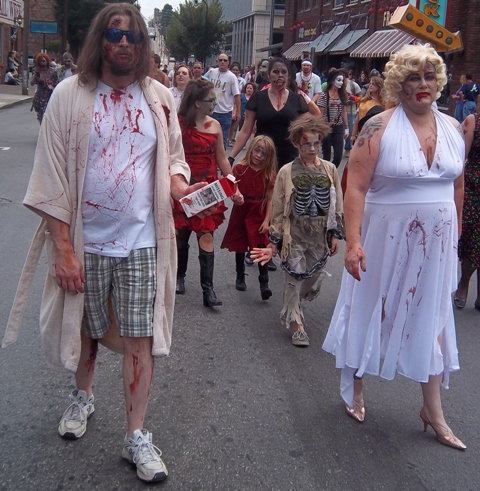 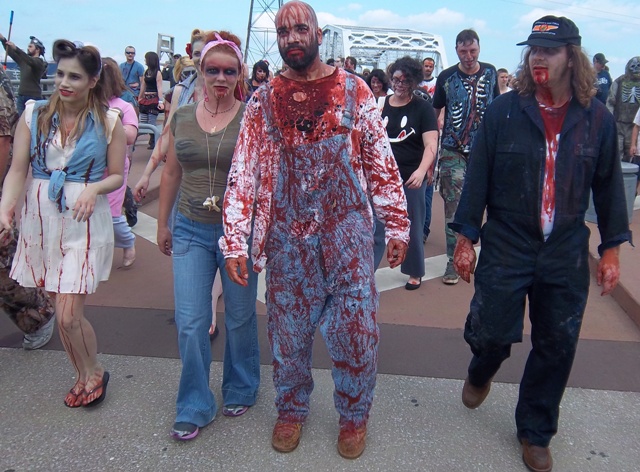 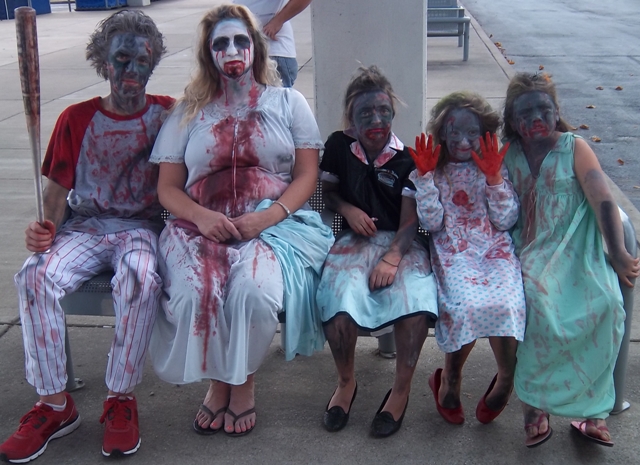 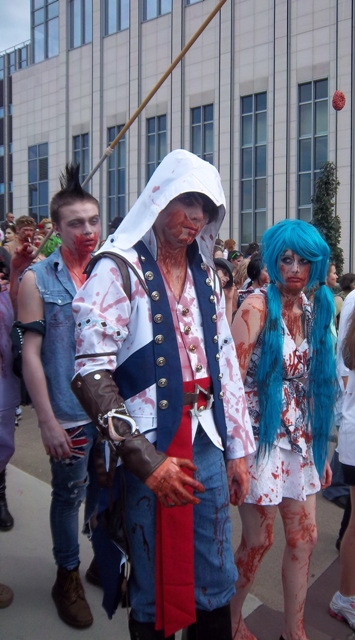 The route ended at the State Capital, naturally, home of the shut-down government — the TRUE undead. OK, political rant’s over. Photo-ops were made possible in a neighboring park, where those who completed the walk gathered and photos were taken from a nearby tower. 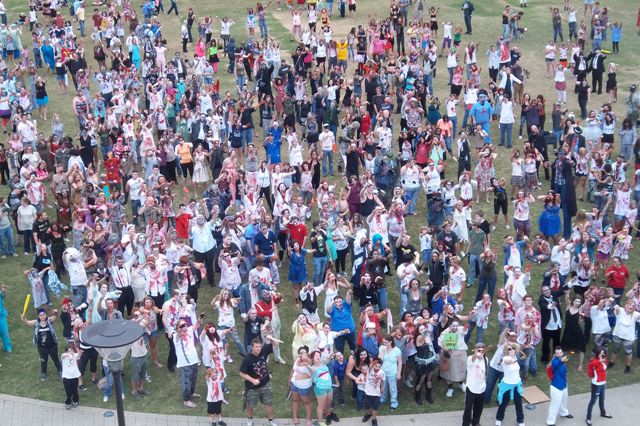 All attendees were asked to donate canned food items for The Second Harvest Food Bank of Middle Tennessee, which was the event’s non-profit sponsor. 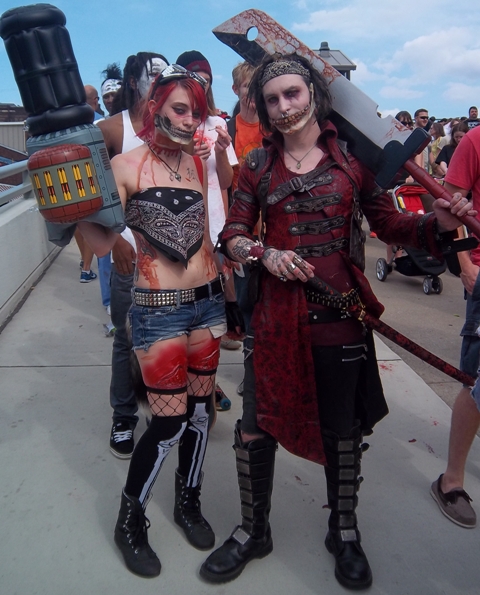 On hand to commemorate the event was the Zombie Love Story film crew. Apparently, they’re filming an undead documentary, complete with an undead wedding (filmed on the Shelby Street bridge at sunset), followed by an undead dance scene. I can’t wait to witness this spectacle on video!

At the walk’s conclusion, returning to my car, I discovered at a smaller river-side festival, one which was sponsored by Turtle Anarchy Brewing Company! What a perfect way to end the day, than by cooling off to an amazing, local microbrewery with free samples! Had a blast at the Nashville Zombie Walk. Can’t wait ’til next year’s festivities. It keeps getting bigger and better! 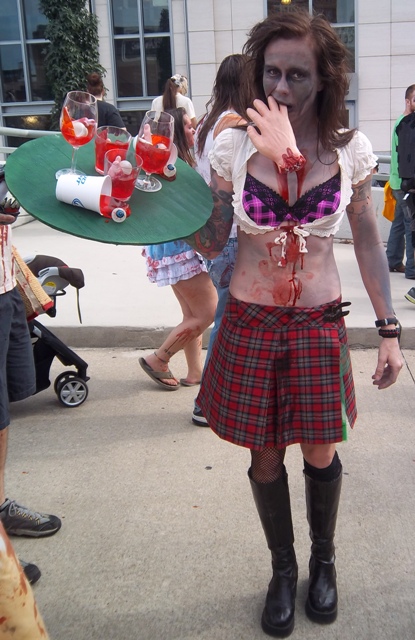