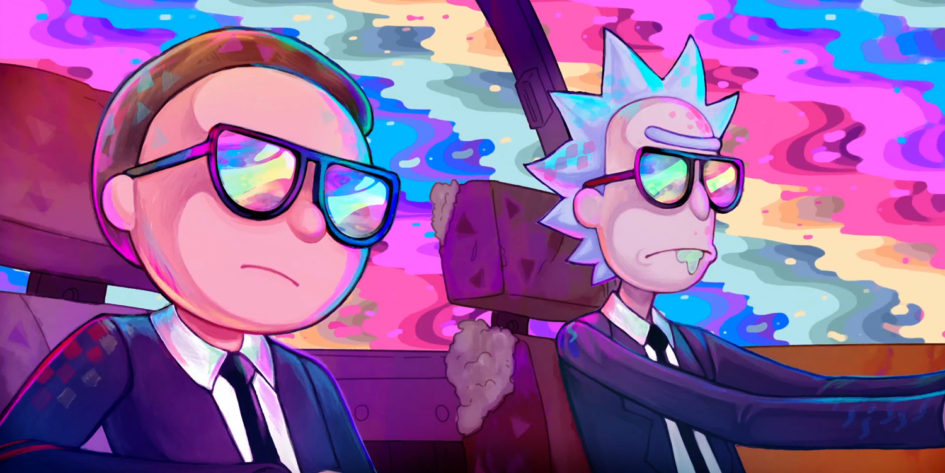 Not only that, but it has been picked up for a whopping 70 more episodes. Seriously, I don’t know too many shows getting 70-episode pickups in today’s world. This is most likely due to the fact that Season 3 of the show gave Adult Swim its highest ratings ever. Not to mention the show was the No. 1 comedy for millennials last year. Now, the show is breaking into a multi-platform experience, so when you weigh all of that information, the 70-episode order doesn’t seem quite as staggering.

To celebrate, the Rickmobile will be touring the country again this year. The first stop was May 17th in Atlanta. The Rickmobile sells custom Rick and Morty memorabilia. This year, there will be 50 stops and it will be at San Diego Comic-Con in July.

Justin Roiland and Dan Harmon let the world know about the amazing episode pickup with a video clip of the two showering together. Dan Harmon let us all know that nothing this big had ever been seen in his shower before.  If you would like to watch the video, click on the link:

Things got weird early this spring, with an odd Rick and Morty down under cartoon that aired on Adult Swim on April Fool’s Day. Justin Roiland and Dan Harmon weren’t a part of this April Fool’s gold, which was written and produced by Michael Cusack. Rick and Morty are also absent, as this episode starred Reek and Mordi. The duo try to get to Bendigo for a mysterious Green Cube, in what was titled a Bushworld Adventure short. If you haven’t seen the odd bit, yet and you are jonesing for some new Rick and Morty adventures, the link is here:

Of course, just because the episodes have been ordered doesn’t mean fans have any idea of when they will see new Rick and Morty episodes. The show gets in no hurry to release new episodes. In fact, Mr. Poopybutthole, a character who is the show’s way of talking to the audience, told everyone at the end of Season 3 that Season 4 would be “in a really, really long time.” He stated he might even have a beard and grandkids by the time it airs. Writer and producer Ryan Ridley stated that he would be surprised if there was a fourth season sooner than 2019. He is quoted as saying, “They really take their time. I never understood why everybody — all parties, Dan [Harmon], Justin [Roiland] and Adult Swim — didn’t get their shit together, and make the show fast. I just don’t get it. It doesn’t make any sense to me. I’m sure they all have their reasons.”

So, Rick and Morty fans, rejoice!!!! The show will be coming back… eventually.