X Gonna Give It To Ya, In Deadpool 2 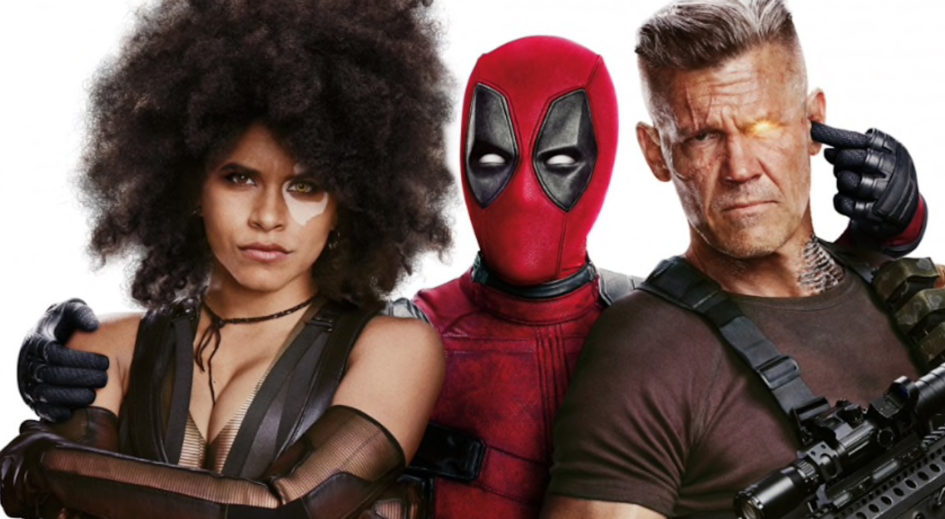 After the glorious disruptive success of the first film, the Merc With A Mouth has returned to cinemas in Deadpool 2, and this time he’s brought along some friends.

It should be said that this review would be a lot more fun if you read it while “shirt-cocking it.” But if you must wear pants, pull up those red-and-blacks real tight and settle in. Deadpool 2 continues the glorious trend of grown-up approaches with off-color humor in the comic book movie world, and continues to be rewarded in the box office for doing so. The film stands up nicely in line behind the first one, and while it loses some of the gravity of the first venture, the premise is strong.

We join the story with our antihero, wrestling with a recent loss, while delivering immediate humor at the expense (once again) of Wolverine. After a catchup backstory on that, we’re off and and running with the main arc of the plot — a fire-wielding teen Russell (Firefist), and his issue of being in the crosshairs of time-traveling badass, Cable. In the process, Deadpool’s favorite X-Men, Colossus and Negasonic Teenage Warhead, join in to both attempt another recruitment to their team, and come to his aid later in the story. They are accompanied by an adorable new addition, Negasonic’s new girlfriend, Yukio.

The more noteworthy cast of characters, however, are those making up the first iteration of “X-Force.” A lineup of super-powered hopefuls audition and are accepted, and you’ll be busy Googling them at home after the movie. To save you the trouble: they’re all legit. They just fared a little better in the comics.

Among them is the true gem of this movie: Domino. The sheer confidence, fun, poise, quippy dialogue and action-hero ownership of Domino is refreshing and engaging. She holds her own with Deadpool on smartassery. She’s solid gold. The choice of making her an African American with a birthmark over her eye, with retro hair-flair and a connection to the same backstory as Russell made for a stroke of brilliance.

Also of note is this sequel’s big bad — who will remain nameless for this review, but is a fan favorite of X-Men lore. Where the previous Deadpool flick featured high stakes and a more trivial bad guy, this one’s stakes are a little less weighty with a much heftier foe (helping out the “little guy” Russell).

Additional joys in characterization were brought on by the quick and subtle cameos of Alan Tudyk and Brad Pitt. Don’t look away, or you might miss the latter.

Not to be shown up by the implementation of fabulous characters, the music use in this film is incredibly well done. From humor to drama and all points in-between, the musical content is ideal. Highlights include Celine Dion’s very-good-sport “Ashes” tune, set to a hysterical sendup of Bond films’ opening titles, lyrical humor in the score accompanying the film’s climactic, and an incredibly poignant homage to “Take On Me.”

Overall, this film delivers all the same action, violence with humor, and other gags as the first iteration, with more savvy development of the characters, despite the stakes seeming to be slightly less pressing for the protagonist. The sex and sex humor is toned toned a bit in this one, for the parents who may be on the fence. If you’re bringing a well-adjusted kid around 12 years old or more, this installment is a little more mainstream rated-R.

Oh, and in case you were planning not the be a good Marvel fan, you should be sure to stay for the credits.