A Quiet Place is Not a Thinking Man’s Horror Film 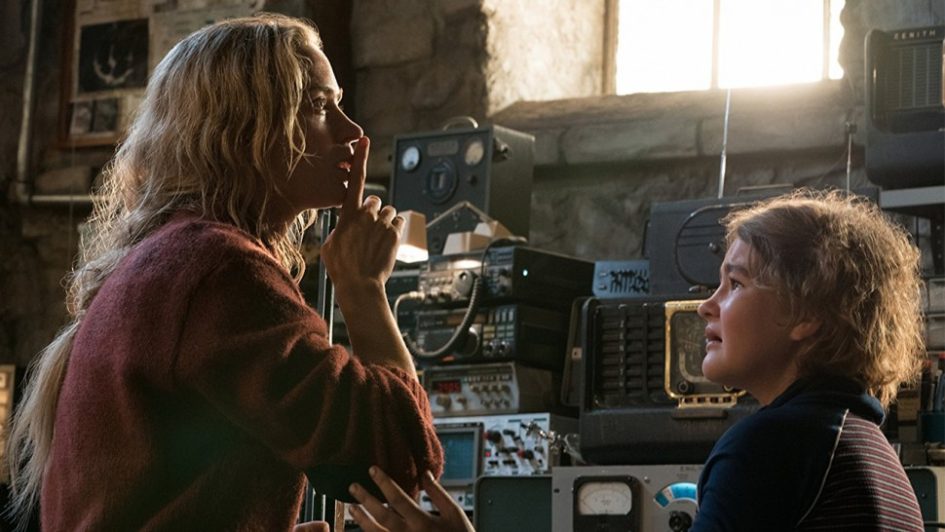 If you haven’t seen A Quiet Place, you might not want to read this article. I’m about to spoil the movie. There really isn’t another way for me to effectively talk about this film. You see, on the surface, it’s an OK movie. It’s reminiscent of B-grade ’90s straight-to-VHS movies I used to watch in high school. It isn’t, however, quite deserving of all of the praise I’ve seen thrown its way.

Let’s start with the good. First of all, who doesn’t like John Krasinski, everyone’s favorite co-worker from The Office? Also, he made the movie with his wife and how stinking cute is that? I was already rooting for this film to be good before I saw it. The film has a twist; it’s mostly a silent movie, making the few uses of sound the best use of jump scares you can accomplish. Love the movie or hate it, it’s never a boring film, as you might think a silent film is. This is the best I can say about this film. It’s not that the movie is the worst horror film I’ve ever seen, it’s that… well, did no one else catch just how absurd the movie is?

First of all, the movie opens with the couple’s young child, walking home far behind his parents. Now, that alone in a world where the slightest sound can get you gobbled up by aliens that swoop out of nowhere seems odd. That’s not all, though. This child has taken a toy that is loud. He took this toy, despite his father taking it from him. His sister gave it back to him. They literally live in an apocalyptic world, where I’m sure their parents have taught them what happens if you make a noise. I’m guessing they have even seen people killed… and yet, I am supposed to believe this child would be this stupid… that his parents would be this stupid. I’m sorry, I am having problems buying what they are selling.

Let me continue. The couple, living in a world where they can hardly care for the children they already have… get pregnant. This is an older couple, not just some silly high school kids. It’s not that hard to not get pregnant. Let’s be serious. One would think you would try to be careful living through the apocalypse and all, but hey, we have already established they apparently like to throw caution to the wind… with disastrous results. Then right there, toward the end of his wife’s pregnancy, Krasinski’s character decides to leave on a fishing expedition with one of the children. At this point, the wife has a magical childbirth, where she manages to handle it all by herself and not make much of any noise. One big push and out the kid comes! We then see a crib, made to hold in all the noise of the new baby, which was… creative… and utterly stupid at the same time. Let’s be real here: Babies make noise, you can’t stop them. The kid would have been eaten and probably the whole family with it.

Now here comes the part that really made me just wonder if this was supposed to be a horror comedy. The aliens are thwarted by loud noises. So, I am supposed to believe that the military never figured that out. That loud noise was never tried. No, some dude in the woods and his children figure out how to take them down. Right.

So, was it intentional? Was Krasinski playing with us? Was he slyly making fun of other alien genre films? I don’t know, but it’s a possibility. My opinion is this A Quiet Place either needed to be better or it needed to go ahead and revel in its absurdity. Just because a story is told in a serious manner, doesn’t mean a thinking person is going to take it seriously.