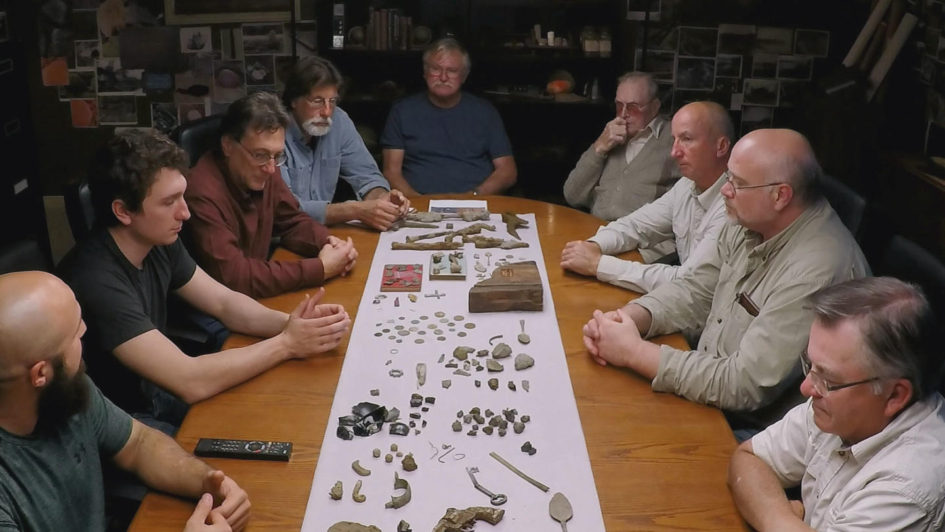 The secrets of Oak Island have seemingly existed for hundreds of years. According to some, buried treasure lies there (or at least existed there many years ago). Conspiracy theories have linked the location with former slaves, a previous U.S. President, the Knights Templar, Freemasons, the Crusades, the Ark of the Covenant and even Queen Marie Antoinette’s lost crown jewels. There may even be a pirate’s ship that was sunk there with the creation of Oak Island’s Swamp, in order to prevent any possible future treasure hunters from actually claiming a portion of the spoils. But is any of this actually real?

Historical research and unsupported theories have been the constant highlight of this TV show, but the questionable finds and unreliable urban legends that are discussed as various “truths” seem shaky at best. Because there were very few official records, early accounts of the island are sketchy, much like the current status of the lost treasure. This is reality TV, by the way. The line that blurs real life with made-for-TV moments can sometimes get blurry, all in the name of ratings. So, what’s actually been discovered in Season 5 of The Curse of Oak Island?

Let’s see here… the crew found some old wood (again). Some nails were discovered. A couple of buttons. An impressive hand-carved cross. Two copper coins were unearthed. A spoon. A toy gun. Fragments of leather. Pottery, a metal hinge, some human bones and a Rhodolite gem. The biggest discovery for the viewer isn’t that the crew hasn’t found the missing prize after so many years and spending millions of dollars, but that the individuals involved would jump to any conclusions that some random urban legends or tall tales could hold any validity, whatsoever, with the location.

“I think we’re in an area that has significant potential for discovery.”

All season long, the Laginas have hyped themselves (and the viewers) into believing this would be the final season of the show, because the hidden treasure would definitively be found. This year. Unfortunately, they were incorrect… again. In the season finale, “Amazing Discoveries,” yet another obstacle was created, after a professional diver was lowered via a bosun’s chair into the D.M.T. shaft, hoping to reveal a drilling obstruction. Unfortunately, the flocculant that was used in hopes of clearing the debris floating in the water, actually prevented the diver from investigating the situation. It was super buoyant, constantly making him float upward. Nothing was really discovered. These types of events shouldn’t be expected, but on this show, they seem to regularly occur, much more often than finding anything of actual substance.

Randomly, a decoy treasure was introduced in the season’s penultimate episode, “A Family Album.” Now, this intrigues me. I don’t believe this topic has been approached before in the series, and it’s only randomly discussed by distant family members of the previous explorers. If there really was an actual decoy treasure, left behind in hopes of preventing the mother lode from being uncovered, this would be huge news. I guess the topic wasn’t sensational enough, as it was never fully explored. Guess the production company would prefer to chase down other random rumors in hopes of spiking TV ratings, instead of following a lead with actual substance.