In the lead-up to awards season, there has been much buzz surrounding several films that, honestly, I had never heard of. We have contenders like C’mon C’mon, Flee and Tick, Tick BOOM! While many people would probably shun me for not having had heard of these gems, the fact that I was ignorant of their existence remains. I had every intention of checking these out, but just never had the time to do so.

Earlier this month (January 2022, for those reading much later), the Music City Film Critics Association asked members to submit nominations for its annual awards. With this being only my second year in the group, I still feel like I am not the “bastion of film knowledge” that my counterparts are. Even though we share different tastes in films, we all have the same love and appreciation for filmmaking. So, I submitted my ballot for the various awards, and then anxiously waited for the final list of nominations to be released.

One of the nominated movies on the list was an Amazon Studios project called The Tender Bar. Based on the novel of the same name by J.R. Moehringer, The Tender Bar is yet another coming-of-age film set in 1970s Long Island.

Focused on the author’s own life, the story centers on J.R. Maguire (played by Daniel Ranieri, Tye Sheridan and Ron Livingston as he ages). He and his mother (Lily Rabe), move in with her parents (Christopher Lloyd and Sondra James) after a bitter separation from J.R.’s father (Max Martini). Growing up here, J.R. bonds with Uncle Charlie (Ben Affleck), a dive bar owner and the only somewhat positive male role model in his life. 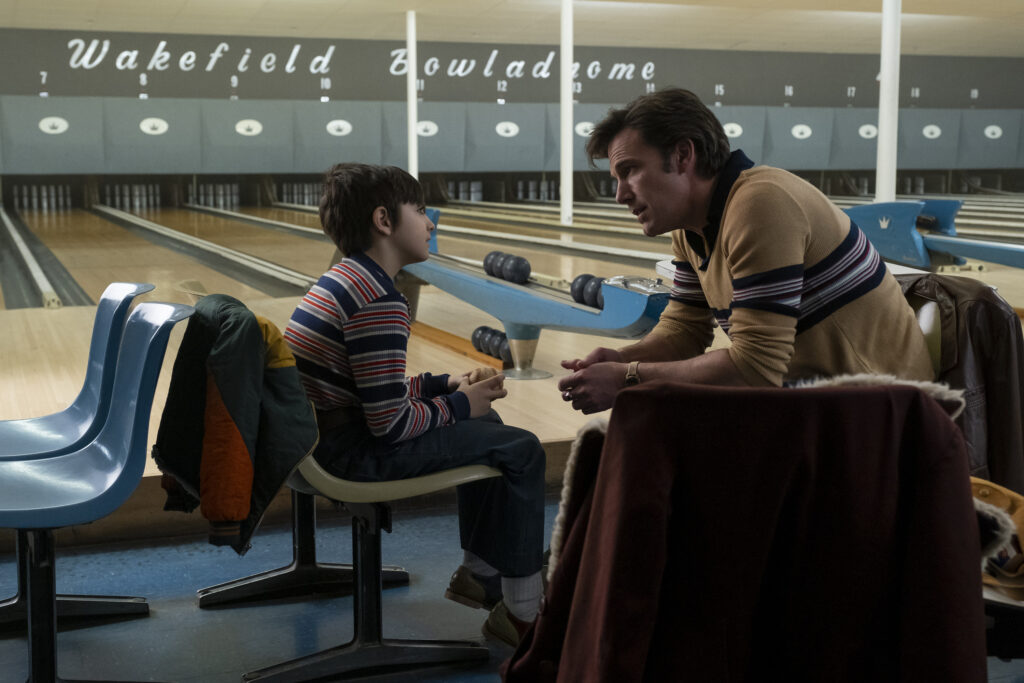 Honestly, that is about it for the synopsis of The Tender Bar. Even with a director with the name recognition of George Clooney, the film lacks any real surprises or depth. In fact, The Tender Bar is just as predictable as any film you might watch on The Hallmark Channel.

Boy has a rough life. Boy grows up looking for his true calling in life. Boy finds his direction in the least likely of places and that boy becomes a man. It’s all been done before. Many, many times.

With the high praise that this film has received from other critics, I expected more. And maybe that expectation was the undoing of The Tender Bar. The steak was not worth the sizzle, as they say. Maybe the book expanded further into character development and growth. But honestly, The Tender Bar was just like everyday life: boring and trudging. Nothing made J.R.’s life interesting. Yes, he had some troubles. But we all have our own troubles, and honestly, his did not seem like that much of a setback.

The one shining part of The Tender Bar was the performance given by Ben Affleck. I know it is easy to rib Ben for his other roles. I was not a fan of many of his films (let’s not even begin chatting about his Batman), but I have to give credit when credit is earned. He brought Uncle Charlie to life. As I watched, I started thinking through my own family, building the character out of traits that other family members have.

While I would probably not want a foul-mouthed, possibly alcoholic uncle, he embodied the traits that almost everyone can relate to in members of their own family. To J.R., Uncle Charlie was Superman, while to the rest of the world he was just some dude. And for 104 minutes, he was our Superman, too.

All in all, The Tender Bar gets two out of five stars. While the story is a carbon copy of other coming-of-age films, it does have a happy ending. Ben Affleck’s performance deserves recognition from awards committees. But beyond that, The Tender Bar fails to stand out. If you like this genre, check it out, otherwise I would give it a hard pass.