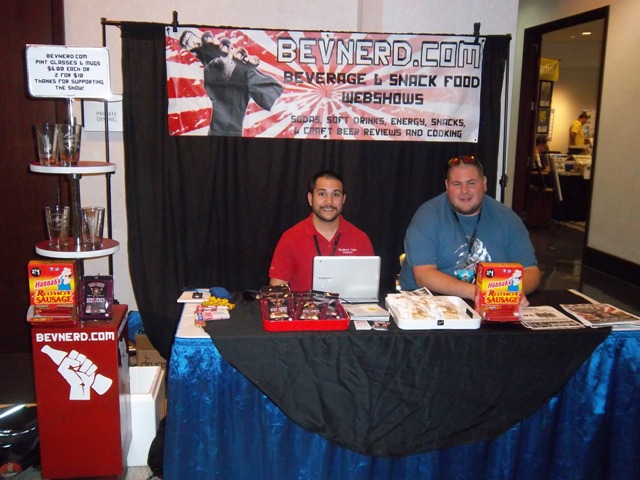 Per Matt
One of the reasons for choosing to attend the Alabama Phoenix Festival, other than its great guests and relative driving distance, was the BevNerd factor. I had so much fun attending Jason Coleman’s BevNerd panel earlier this year at MomoCon, I did everything remotely possible to participate in his video podcast once again. If you are a connoisseur of beverages, sodas and snack foods, then BevNerd should be right up your alley. Jason discusses the recent BevNerd Live! podcast, moving into the locally produced foods category and taking an active role in the Surge Movement.

We last spoke at Momocon. What was the fan reaction to your panel there?
– “Fan turnout for the MomoCon BevNerd panel was overwhelming. If you see the Facebook pictures, we had a huge, huge turnout. I think we had at least 100 to 150 folks in the Grand Ballroom to watch the BevNerd podcast live. I hope everybody there had a good time. Everybody there had a sampling of Wild Bill’s Bacon Jerky. We got to try Canadian Twinkies. We got guest review to some of our sponsored products. Overall, I thought it was a lot of fun. It was an adrenaline rush to see all those people showing up. I appreciated them coming out.”

Now that your panel has concluded at the Alabama Phoenix Festival, how do you think it went?
– “It was a very good panel. I thought it went very well. It had more content than the MomoCon panel. I felt like I was rushing the MomoCon panel, just a little bit and we ended finishing 45 minutes early. You cut it off when everybody is excited. Here, the panel went really well. We had a lot of guest panelists, some celebrities from the Southeast in media and film. You, actually, hunted them down and got them to come, so I appreciate that. I was too busy getting all the technical stuff going. We did a live review of the Birmingham soda, Grapeico. We did a huge review of Hannah’s Pickled Eggs and Sausage. To each their own, but it was mostly mixed reviews or to not liking it so much. It was just really cool to have a lot of involvement, that’s why we had a prize wheel. We also called the Vice President of Coca-Cola in Atlanta and left him a nice voicemail, trying to bring Surge back. I had everybody belt out their loudest ‘SURGE!’ and it was a lot of fun.”

It seems like the podcast is now branching out to local foods. Will this be a new podcast feature?
– “The thing about local foods is parallel to BevNerd. People who go to cons are passionate about something and they’re not afraid to let their passion shine. You definitely see that in local food, because people are putting their heart and soul — and a lot of times their savings — into creating food. Whether it’s a popsicle or it’s a local barbecue place, they have their family investment into this kind of stuff. That’s something I would like to raise up, in addition to all these wacky nation-wide brands, as well.”

“A few months ago, we did a pilot for a show we’re going to launch on BevNerd.com called Local Chew. I thought it was pretty good. We visited a local bakery, called SugarBakers, in Gadsden. I was fairly happy with how the pilot came out. It’s far from perfect. Unfortunately, with my current work schedule, they added a lot of hours to my week and it hasn’t really been done very much. But, with that being said, while we were in Birmingham, we did a local review of a popsicle shop in Homewood called Steel City Pops. They like to get their ingredients locally. I had the buttermilk popsicle. If you want to find out how it was, keep your eyes on BevNerd.com. I don’t want to spoil it.” 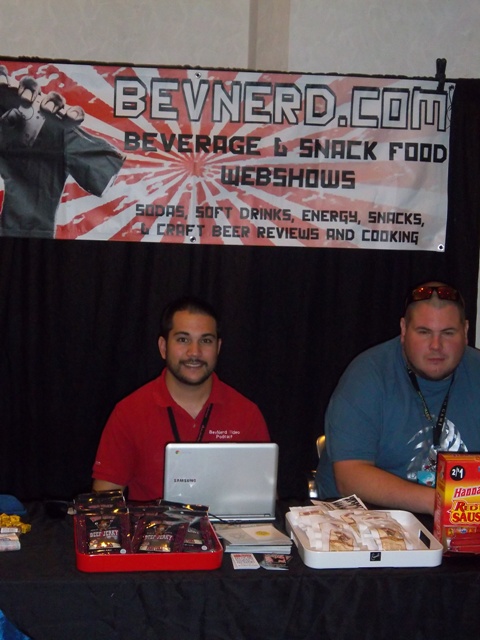 When you’re attending conventions, it’s convenient to also visit local stores.
– “Oh, yeah. When we’re at conventions, not only are we doing brand representation like we do for beverages and snack-food brands, we try to grab as much content as we can.”

How have you been involved in the movement to bring back Surge soda?
– “Sean, Matt and Evan have been really, really cool guys at the Surge Movement. If Surge sounds somewhat recognizable to you, it’s a soda that came out in the 1990s, I think it was like 1996 to 2003. It’s a very green citrus soda comparable to Mountain Dew. Even though it was marketed as an energy drink, it was not an energy drink. It actually has less caffeine and sugar than comparable drinks. It was discontinued and 10 years later. They’re on Facebook, trying to start an online community and they want Coke to bring the product back. They’ve even raised funds to get a billboard placed downtown near the Coke headquarters. Here is my theory: I’m thinking that Coca-Cola will bring Surge back, but they’re saving their marketing dollars. It almost seems like they’re crowd-sourcing the demand. Imagine how much money they’re saving, with these people doing advertising for them for free. If anything, they should sell the license to another bottling company. Let somebody else make it. Let somebody else enjoy it. Let me drink my Surge. Don’t be such a douche.”

Will you be taking the podcast to other conventions anytime soon?
– “Well, whenever you’re the guy giving out free food, every con wants you to be there. I really wish we could go to all of them. It really takes a lot of planning process. We do a lot of research. We have to make sure they have an adequate number of people who have been coming in prior years. We take these numbers and approach potential sponsors. They want their product in as many people’s hands as possible. It helps being in places like Atlanta and Birmingham. We’ve had invitations where I would like to proceed with, it’s just a lot of logistics issues when you have places like Baltimore wanting a BevNerd booth there. I do work 60 hours a week in my day job, filling up soft drink and snack food machines. It takes a lot of planning. Our schedule is open for the rest of the year.” 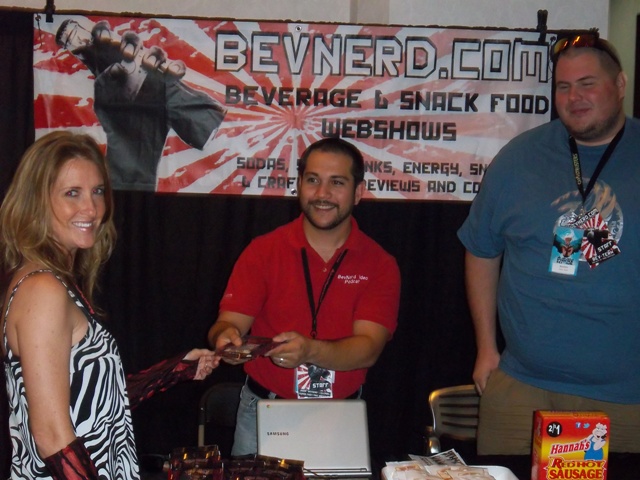 Is there any location you’d specifically like to visit?
– “I would like to check out something in Nashville, or Tennessee in general. It’d be nice to stay in the Southeast, or anything within driving distance, for now, until I’m kind of a big deal and I can actually get flown to places with the product waiting for me. I want to be like the Billy Mays of beverages… without the cocaine use.”

“I’m all in supporting the beverage industry. I know there’s a bad rap, especially with obesity, artificial flavors, artificial colors and stuff. But there’s a lot of stuff breaking through where it’s natural. One brand I really like to always put on a pedestal is Oogave. They’re out of Denver, CO. They’re totally organic, all-natural soft drinks sweetened with organic blue agave nectar. They’re just trying to pave the way for a better alternative. The beverage industry is evolving, whether it’s Coca-Cola coming out with portion-controlled cans or like with Buffalo Rock, their Grapeico beverage formula has been altered so that it has less sugar and less calories. With people not drinking sodas so much and switching to non-carbonated drinks, you also see a rise in your bottled waters, juice-drinks, ready-to-drink teas and coffees.”

Any thoughts on attending DragonCon?
– “I would love to check it out. That would be like the big white whale of the Southeast of cons. If something like that could happen, I would be more than happy to feed and quench the thirst of as many people as possible there. Especially with a headlining name like DragonCon, we could really get the ball moving with some really cool brands.”