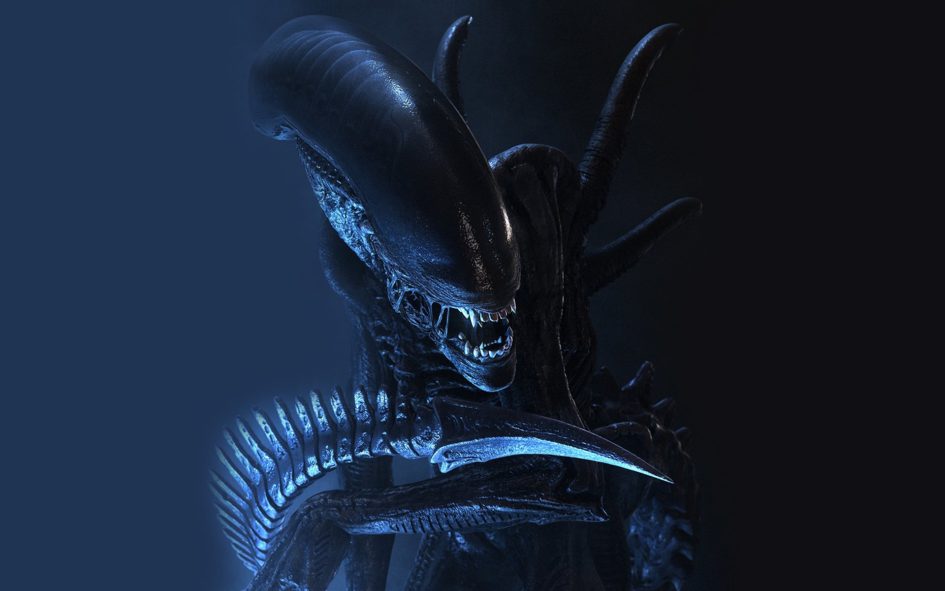 Ash: You still don’t understand what you’re dealing with, do you? The perfect organism. Its structural perfection is matched only by its hostility.

Lambert: You admire it.

Ash: I admire its purity. A survivor… unclouded by conscience, remorse or delusions of morality.

The impact of H.R. Giger’s design is undeniable in the 38 years since the subject of his painting, Necronom IV, became Alien’s chief antagonist. That incredible biomechanical image (combined with a story by Dan O’Bannon and Ronald Shusett) was brought to life by creature suit actor Bolaji Badejo and became one of Giger’s most influential creature designs and part of film history in 1979 in Ridley Scott’s Alien. The science fiction and horror world were forever changed by the biological credibility and parasitic/symbiotic/sexually invasive nature of the story and the designs. 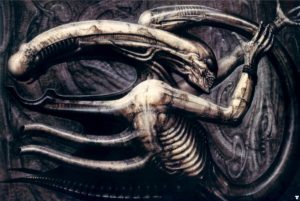 Like so many others… my life after watching Alien was never the same. My high-school portfolios are littered with Giger-inspired alien designs. The special effects work by H.R. Giger, Carlo Rambaldi, the team at Stan Winston Studio, Tom Woodruff Jr., Alec Gillis and their team at Studio ADI, Steve Wang, WETA, and more have been a continual source of design inspiration for me in my career as a special effects artist, and specifically as a creature suit performer.

The franchise has changed directors from the 1986 sequel, Aliens, by James Cameron, to David Fincher for Alien 3, and was passed to Jean-Pierre Jeunet for Alien Resurrection, then back to Ridley Scott for Prometheus and again for the upcoming Alien: Covenant, which will act as a sequel to 2012’s Prometheus as well as a prequel to 1979’s Alien. According to the official website: “Ridley Scott returns to the universe he created, with ALIEN: COVENANT, a new chapter in his groundbreaking ALIEN franchise. The crew of the colony ship Covenant, bound for a remote planet on the far side of the galaxy, discovers what they think is an uncharted paradise, but is actually a dark, dangerous world. When they uncover a threat beyond their imagination, they must attempt a harrowing escape.”

I had the opportunity to see a short 10 to 15 minute sneak peek preview from Alien: Covenant after the April 26th screening of Alien (in selected theaters) and it was intense. As a lifelong fan of the franchise, I am hoping for Alien: Covenant to fill in the blanks and bridge some of the gaps with the timeline and the ever-evolving xenomorph. It appears that evolution and gestation happens at an accelerated pace in the new film, per Prometheus. That could go a long way to mending the issues many fans had with Alien 3’s dog alien and even the newborn from Alien Resurrection. I’d love to see an Alien King (like the Sideshow Collectibles and Legacy Effects maquette) make an appearance. Look it up, if you haven’t seen it. Wow! 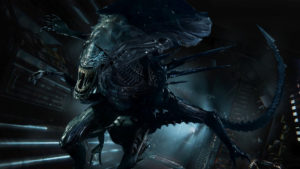 What I like most about the series has always been the aliens, themselves… in (most) all their shapes and sizes, and the new film looks to have a wide variety of aliens to choose from.

Don’t leave out the blood. Don’t worry, if the sneak peek is any indication of what is to come, you can expect it by the buckets. I am excited to have Ridley Scott taking us back to LV-426 on what looks to be very much a horror film with a great cast and a LOT of aliens.

Thank you to all those involved in creating all of these films! 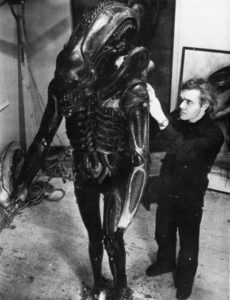