Batman — The Telltale Series: An Innovative Exploration of the Batman Mythos 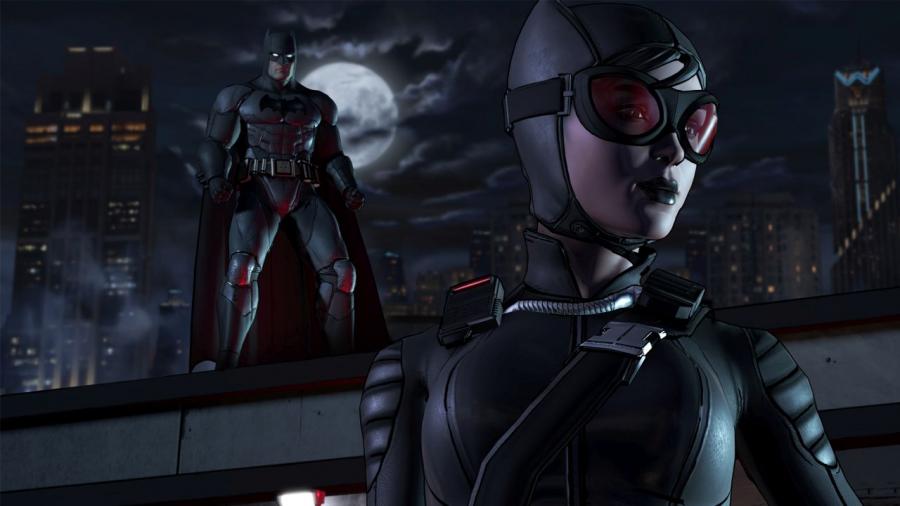 Ten minutes passed after the game concluded and I couldn’t stop thinking about my choices and their ramifications. I looked at the screen as it displayed my key decisions compared to the thousands of others who’ve already played through Episode 1. Each pivotal action would affect the game in later episodes. Should I have beaten that thug as Batman? As Bruce Wayne, should I have been more cold with that crime boss? It was the video game version of over-analyzing a conversation in my head and trying to think of a witty comeback.

Batman — The Telltale Series is part point-and-click PC adventure game with a mixture of quick time events reminiscent of the classic Dragon’s Lair arcade game. Much of the game’s plot is furthered through dialogue or action choices that affect the story in the current and later episodes. The Telltale series is set to be five episodes, with Episode 1: Realm of Shadows currently available.

By virtue of being about one of the most well-known superheroes in pop culture, most players coming into the game will be emotionally invested. Batman has been interpreted multiple times throughout the years across all forms of media. There is the campy Adam West Batman of the 1960s television series or Frank Miller’s gritty Dark Knight Returns Batman. Many may be familiar with stories from Batman: The Animated Series Batman, and others more familiar with the Christopher Nolan films. And there is the most recent Ben Affleck Batman of the DC Cinematic Universe. 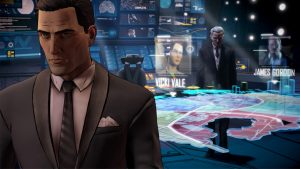 Ask a million fans what makes up Batman and you will get a million different answers. With so many iterations of the character, each opinion is right in their own. The Telltale Series allows players to become the director of their own Batman story, choosing their own interpretations of Batman and Bruce Wayne. Will you be a more or less violent Batman? Will your Bruce be a vapid billionaire playboy or a more calculated businessman?

The game is less of a game and more of an interactive story. The way the story is presented, Batman cannot punch his way through hordes of thugs to the end of the game. Interestingly, Bruce Wayne becomes an integral part of this game, something I don’t recall in any other Batman game. It’s the key decisions that drive the story of the game and there are no right or wrong choices. The game will indicate which characters will remember your action for each key decision, immediately after the choice is made. Lt. Gordon’s or the entire city of Gotham’s disposition toward Batman or Bruce Wayne rely not on what you do, but how you do it. Those familiar with the Batman history will find many familiar elements; however, there are several fresh interpretations and unexpected ideas to keep fans on their toes.

Episode 1 took a little less than two hours of gameplay, but the game does have replay value. The game also offers a “crowd play” feature, where an audience votes through smartphones on the key decisions as they watch the game unfold, but I did not explore this feature.

Overall, Telltale did a spectacular job creating a Batman game that feels fresh and innovative. It may even surpass the highly lauded Arkham Asylum video game series. The Telltale Series allows the player to explore the difficult choices Bruce Wayne has to make every day in a meaningful way as both Bruce and Batman. I’m eagerly anticipating Episode 2’s release as I’m curious to know the consequences my decisions have wrought.