BattleBots is Bringin’ it Back to a Couple of New Channels 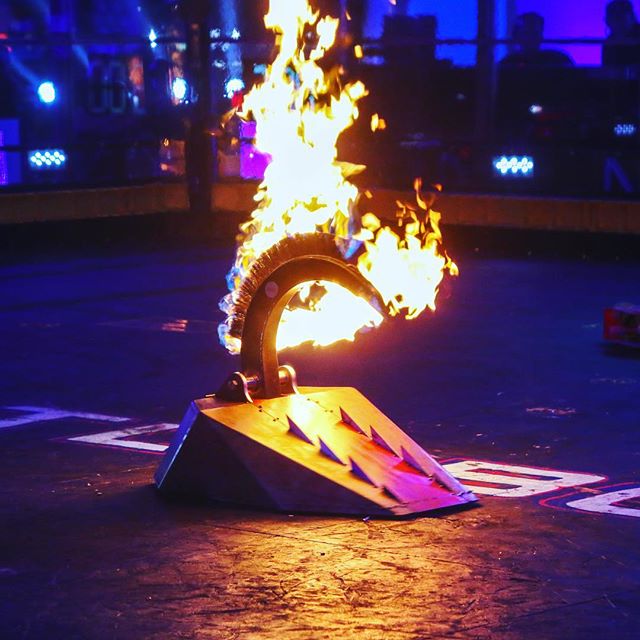 Somehow, I never got the memo. Nobody told me that BattleBots was back… and this year, the robot combat sport is bringin’ it to a pair of new channels. Naturally, I missed the season premiere and the second episode (“It’s Robot Fighting Time!” and “Are You Yeti to Rumble?”), but now that I’m all caught up, I can’t wait to see what the rest of Season 8 has to offer.

Now airing on Discovery Channel and Science, BattleBots has trimmed its filler infotainment from last season, featuring much more nonstop action. When the show aired on ABC, our only complaint involved too many background stories involving the robot builders and not enough metal-smashing, crippling and crumpling action. Looks like that’s no longer the case. Five robot fights break out per episode via Fight Night (the Friday night show) and encore episodes air on Science. A multi-bot rumble sometimes makes a random appearance, following the age-old saying: Two (sometimes three) bots enter; one bot leaves.

I can’t say enough good things about this new format. It really moves along, making an hour-long episode fly by quickly. There’s new fighters (quite a few new international competitors), along with some familiar faces who have returned to fight for the Giant Nut. Former teammates are competing against each other (the MIT students control one of my faves). Speaking of favorites, I love cheering on the underdogs (a couple have already won within the first couple of rounds) and rooting against the bully (Ray Billings and Tombstone).

Last year featured some odd bots (including a drone with a flamethrower) and this year is no different. Sawblaze features a green flamethrower. Free Shipping is basically a fighting forklift. Huge is a vertical bar-spinning bot that looks like a Civil War cannon (it may look odd, but it’s actually winning some matches). Double Jeopardy can fire a five-pound slug of metal (that’s more battering ram than cannon). And Battle Royale With Cheese is built to look like a hamburger, complete with spinning bacon as its weapon (no joke).

The only complaint, much like last year, are the excessive reaction shots of the announcers that are shown when there’s critical action taking place within the Battlebox. Keep the camera on the real stars… the mechanical ones.

Preparing for my binge session, I was surprised there were no On Demand early episodes available for Dish customers. What’s odd is there’s no option to watch previous full episodes on the BattleBots webpage, either, as a Dish customer. That’s not good for anything when people are trying to catch up. So far, the ratings game seems to be a losing battle for this TV show, which may be, in part, why ABC passed on renewing the show this year. Roughly one million U.S. viewers are watching the show. Maybe they had trouble finding it, much like I did. Or they didn’t even know it was airing (also much like me). Either way, the show is a great summertime guilty pleasure. It deserves a chance to be seen by all.