Per Matt
In its second year as a festival, Beer Bacon Burlesque brought a variety of entertainment options to the Music City.

Appearing in the Wedgewood Houston area of Nashville, this event invited 2,000 ticket holders to celebrate, well, craft beer, bacon and burlesque dancing, of course! This was the first time I’ve visited Track One and I was impressed with the location for hosting large events. Since this was also the first time attending this event, I was pleased with the variety of beers and entertainment options.

Four bands performed throughout the fest and that doesn’t include all the burlesque dancing that was going on, as well. By late afternoon, there was a large crowd of people that prevented me from fully seeing the burlesque dancers on stage, but lines and crowds can be expected at any beer festival, especially one that lasts seven hours long! After the festival concluded, there was a bit of a social-media storm surrounding the event; however, I didn’t seem to have the same experience.

My friend and I arrived early, sampled a good variety of beers and really enjoyed the live music. After midday, lines waiting for beer snaked for a bit. I never realized the beer vendors were running out of product, I just assumed there were more people people arriving as the day went on, making the lines even longer (which was true). The bacon samples didn’t last very long, but that was to be expected, since almost EVERYONE enjoys bacon (or at least they should).

Overall, we had a fun day, even if there were some bumps in the road. I look forward to attending the next party thrown by Hootenanny Events.

Some Highlights Include:
– Mayday had some incredible barrel-aged beer! I couldn’t get enough.
– Dancing to the great music of Kim Logan was a definite highlight…
– So were the the bacon brownies and all the other bacon-related snacks!
– VIP tickets included great catered food, as well.
– Diana Gross wore some amazing Beer and Bacon socks!

Before the festival started, I got a quick interview with Sean Clem, owner of Hootenanny Events, to discuss Beer Bacon Burlesque, as well as look ahead to future events.

How would you describe the craft-beer atmosphere of Nashville?
– “Well, it’s certainly expanding and that’s been exciting. I remember 10 years ago and it was only Yazoo. Linus and those guys did a wonderful job of introducing Nashville to craft beer and paving the way for guys like Czann’s, Tennessee Brew Works and Little Harpeth to come in and really create amazing products. Especially in the culinary and spirits world, when something comes out, I prepare myself to be disappointed and I haven’t been disappointed yet. That has a lot to do with Nashville’s overall creative energy and the fact the city is changing so much. It’s becoming a food town. Whether beer follows food or food follows beer, people with good taste tend to congregate together. The time is right for Nashville to emerge as a beer town. I think it really has.” 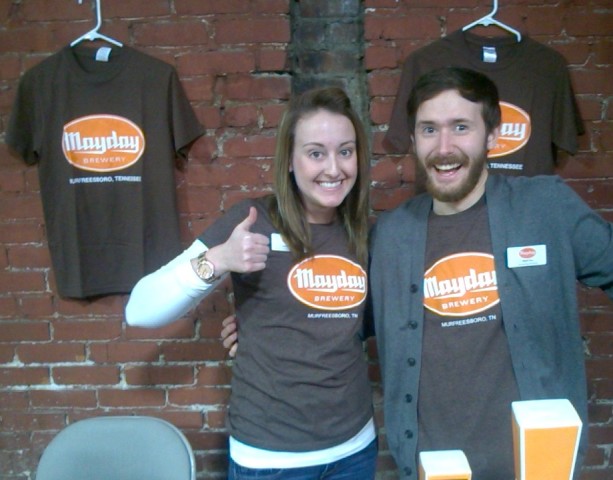 Bacon, beer and burlesque is the perfect trifecta. How did you get the idea to pair them together?
– “Well, I like alliteration… (laughs). Last year, when we were putting the show together, putting beer and burlesque together obviously fits. We thought about adding bands, bourbon and somebody thought about bacon. It’s brilliant. I love bacon so much, I own a restaurant called Field House, that is beer, bacon and sports.”

Can you tell me a little about the background of this festival?
– “I’m a craft-beer fan, but I’m also a fan of the artistic craft, that you find here, in Nashville, that falls outside the realm of music — Music City Burlesque, being one of the preeminent examples, that comes to mind. These girls are one of the best burlesque troupes in the country. They’re well known outside of Nashville and we wanted to give them a platform that allowed them to showcase their talents in front of an audience that may not be your traditional burlesque audience. There’s clearly a demand for their product and obviously a demand in Nashville for craft beer. I think it’s a good combination.”

What other events can we expect through Hootenanny in 2015?
– “This is actually our first event of the season. We have 27 slated. Our next event is Mardi Gras Y’all, which is Nashville’s first citywide Mardi Gras festival. It’s on the riverfront. We had 35,000 people last year, we’re expecting about 50,000 this year. We do two stages, this year we’ve expanded to three, but the third stage is for karaoke. That’s on February 28th, then we have Nashville’s St. Patrick’s Day, which is on March 14th. After that, there’s something in April, then we do the East Side Hootenanny, which is a six-week concert festival in East Nashville. We’ve got so many things happening this year. We’re launching another music series: It could be Jazz on the River, it could be Jazz on the Lake. It’s a little bit smaller; a little bit more intimate. It’s on every third Sunday in April through September. We’re either going to do it at Cumberland Park or Nashville Shores.”

Is there anything else you’d like to add?
– “I have yet to work with a brewer in Nashville who hasn’t been eager to come to one of our events and educate the public about his or her beer. It’s very, very easy to want to eschew that sort of interaction. These guys want to educate folks about their product and I think that’s the key to what makes Nashville so special and what makes these brewers so great for our community.” 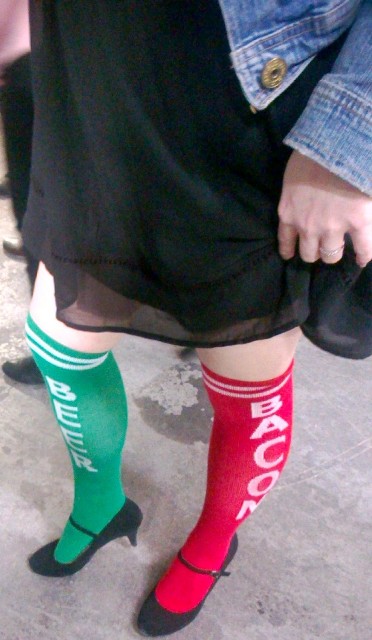