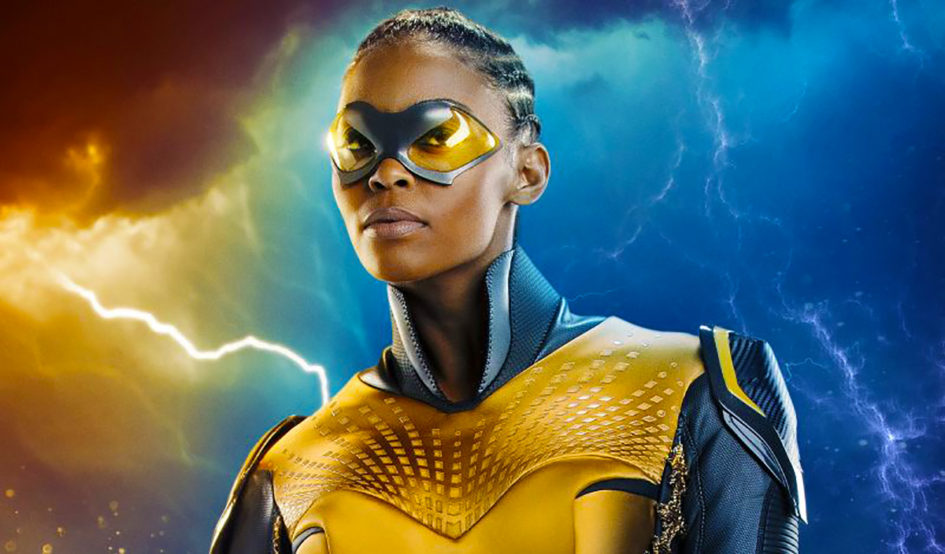 You already know Black Lightning is getting a lot of… well… buzz. The showrunners and writers boast an undisputed pedigree of credits, spanning the urban drama and comic genres. The cast is building on bodies of work which seem to naturally lead to this show. The soundtrack is remarkably on-point. They tackle the ongoing national debate on police culture head-on. Their Easter eggs are, so far, top-notch. (“Since 1977,” anyone?) Their storyline doesn’t pick up on yet another origin tale, but a coming-out-of-retirement struggle for the leading man.

But the real headline for Black Lightning that wasn’t already within the expected range of successes? This is a prime-time comic book TV show on a big-five broadcast channel, featuring a minority lesbian character in a major role.

Jefferson Pierce (Black Lightning) has two super-powered daughters: Anissa and Jennifer — who will, respectively, become Thunder and Lightning, if the show follows the comic storyline. If you’re watching the show, you have already discovered Anissa’s orientation, which was revealed in episode 2. What you’ve been awaiting, if you have a background in the comic book (or you’ve done your Wikipedia cramming), is the arrival of the super-powered love interest, Grace Choi. Grace is an Amazon who happens to look up to a certain other Amazon of greater fame. This makes for a very entertaining, rich storyline to come — and we’ve only just met Grace, complete with another nice Easter egg (her Outsiders comic).

While Anissa juggles her roles as daughter and big sister with her attempts to master her powers (or even begin to understand them), we are seeing the methodical introduction of a formidable criminal organization for Jefferson to defend his city against. Among the baddies, we see interesting diversity come into play, as well. Albino gangster, Tobias, reports to his girl-boss, Lady Eve, and later punctuates the episode with a very vocal swipe at “church-going Negroes” via yet more of the show’s daring and hard-hitting dialogue.

There have been many steps on the path to this level of inclusion in major television. Ellen… Will & Grace… even the recent ventures into on-spectrum characters like that of The Good Doctor. We have seen the reflection more and more of what (who) is really out there in our culture, being shown on our backlit screens as art continues to imitate life. Younger viewers will not understand this path of progress. It can’t hurt for parents to pass along the accolades earned by this series as a way to get a conversation started.

It is truly an exciting time to be a comic book fan, and an even more exciting time to be a fan of the TV versions of an ever-growing list of characters who never would have seen as much traction, even only 10 years ago. Slowly but surely, in its takeover of so much of mainstream media, geek-genre programming is serving an alternate purpose in-keeping with the legacy of the printed pages from which it is sourced: challenging the norm.