Born Again: The Perfect Fit for Season Three of Daredevil 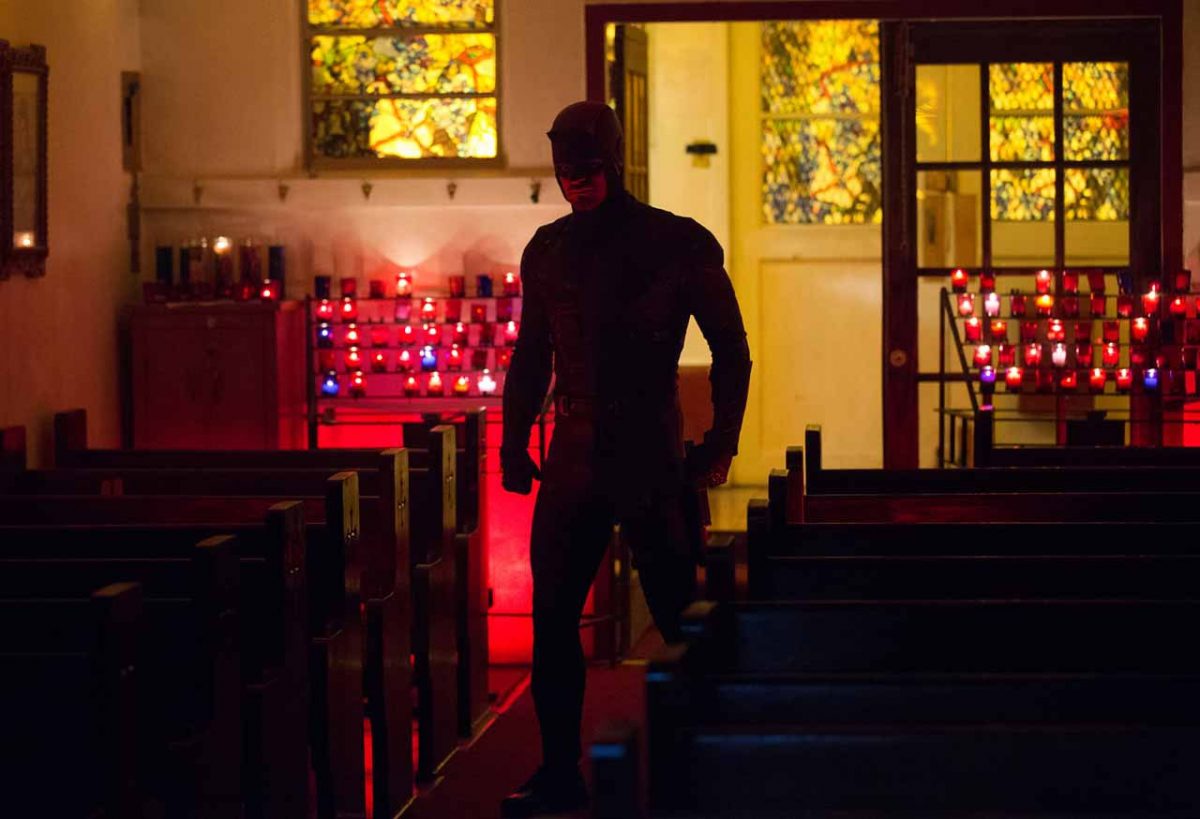 Marvel’s Cinematic Universe has had some ups and downs throughout the last decade, but some of the most memorable scenes have been those pulled straight from the pages of the comics, themselves. They are special nods to the original fans who grew up during the Silver Age of comics. One of the more memorable scenes in recent memory was the death of Gwen Stacy in 2014’s Amazing Spider-Man 2 that originated in 1973’s The Amazing Spider-Man #121. Now that Daredevil Season 2 has had some time to sink in, a lot of fans are wondering where the story goes next.

There’s already evidence that the showrunners have paid close attention to the original print media, since scenes from Season 2 followed 2001’s Daredevil #3 word for word. Many of Daredevil’s devoted fans have speculated that Daredevil: Born Again will be the overlying arch of the show’s next season. Written in 1986 by Frank Miller and following issues #227-#231, Netflix’s Daredevil is suspiciously on a path toward the events that take place in the classic graphic novel that is considered one of the best of all time.

For those unfamiliar, Born Again follows a series of misfortunes that plague Matt Murdock after Wilson Fisk uncovers information that he is Daredevil. The title stems from a Christian theology that once someone accepts Jesus Christ as their savior, they are, symbolically, born again. Matt’s Catholicism rings true in this regard. After losing everything, it is ultimately his faith that keeps his drive for justice alive.

Toward the midpoint of Season 2, a conflict between Wilson Fisk — who is incarcerated — and Matt Murdock, who is trying to squeeze information out of him, comes to a violent conclusion when the mention of Vanessa Fisk throws Wilson into a fit of rage. In the struggle, Matt strikes a blow to Fisk’s jaw. Once Matt departs, Fisk, touching his bruised and bloody lip, freezes in a moment of sudden realization. There is little guesswork that this moment is the one that Kingpin starts to suspect Murdock is the true identity of his biggest foe.

To stay truer to the comics, Karen Page also knows Matt’s alter ego and could be the one to sell him out. Born Again begins with Karen as a junkie who sells Matt’s identity to a Mexican gangster for a heroin fix. In order for this to be worked into the show, Karen needs to go through a lot of rough character development early into Season 3. This could be possible, though. Karen’s introduction to the series is quite macabre and viewers still don’t know much about her past. If she turns out to be running from some demons (like the death of her brother, that she was somehow involved in), she could be put into a vulnerable spot in which she gives up Matt Murdock’s biggest secret.

Most of Seasons 1 and 2 revolve around Matt trying to cope with his choices and living a double life. Now that his closest friends know he is moonlighting as a vigilante crime fighter at night, there is no more room for drama just to keep his charade going. Now that the cat is out of the bag, giving Kingpin leverage over Matt in order to destroy his life would create action that is fresh and exciting. Seeing Matt slowly descend into a downward spiral leading to his disbarment, his home being destroyed and his consistent paranoia over who he can trust would give the series a new set of dynamic hurdles to jump through. 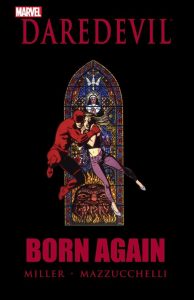 Matt’s relationship with Foggy Nelson appears to be on the same track Born Again depicts, which is a rocky friendship where the two have moved on from one another as business partners and thus are no longer as close as they have been. Not everything is consistent between the show and the graphic novel, however. In Season 1, Ben Urich adds a lot in terms of exposition within the show. In Born Again, he is arguably the biggest catalyst to the plot, as far as supporting characters go. Stuck on the fence between protecting himself and his loved ones and bringing Kingpin’s plan to light, Urich endures personal struggles and pitfalls, as well as numerous instances that leave him as a witness to murders, all because he wants to protect Matt Murdock. Ben’s involvement in the show; however, has already come to an end, with his death at the hands of Wilson Fisk in Season 1. A loophole to this can be achieved, though. Now that Karen is working for the New York Bulletin, there are plenty of characters who can take Ben’s place. Most likely his role can be replaced by the Bulletin’s Editor in Chief, Mitchell Ellison.

The cherry on top of the connections between Born Again and Netflix’s Daredevil series is that the climax of the graphic novel includes Nuke as part of Fisk’s master plan. The name may not ring a bell, but those who watched the first season of Jessica Jones will recognize the character as Will Simpson. The pill-popping villain who ingests varying amounts of amphetamines to increase his adrenaline created a stir toward the end of Jessica Jones’ first season. After being incapacitated by Trish Walker, who used his own medicine to overcome him, his status is left up in the air, without closure. Given that Netflix has made a habit of crossing over characters throughout the various Marvel series, it wouldn’t be a stretch to see Wil Traval reprise his role as Officer Simpson for Daredevil’s third season.

Born Again is simply too perfect a fit for what may come in Daredevil’s third season not to include at least some storylines from its pages. Since everything happening in the Netflix Marvel shows are all ultimately going to merge together as The Defenders, it seems Daredevil and the rest may not have long runs like tradition television series. With that in mind, recreating one of the most memorable Daredevil stories ever told, for what may potentially be its final standalone season, would be an epic way to reward fans and raise the stakes.