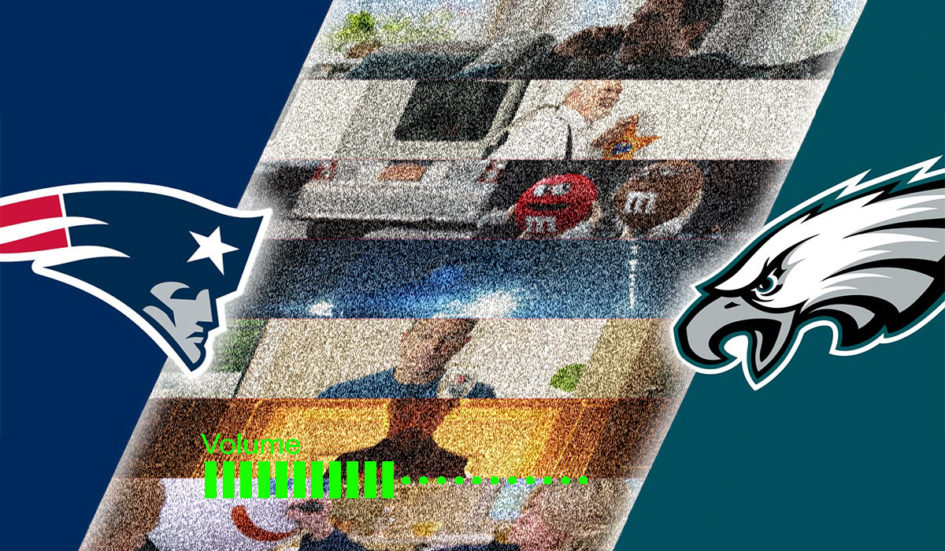 No, I’m not talking about the Patriots’ loss, though being giddy about it is entirely understandable. I’m talking about the proud American tradition of examining which ads join the Pats with a big fat “L” and which ones soared with the Eagles to big “W” money (and traction) with the highest volume of eyeballs glued to screens all year.

I’m going to start right out of the gate with the three “top honors” for the night: Best In Bowl, The Big Fumble and MVP.

Hardly a surprise to anyone with an Internet connection, the Budweiser “Stand By You” ad not only struck the right tone, reinforced the brand’s existing values and expected mood, but also was likely the biggest bang for the buck. Screening later in the game than other more costly spots, this ad got a huge head start with smart social media implementation all week. It was also an ad shown ahead of time in full, without any presumptuous “teaser ads” or other such onus on the audience to be on alert in order to seek out the next installment. This ad is backed up by reality, in that the company has a history of disaster relief of just this sort, and despite them being the de facto crappy basic-bitch beer brewer in the world, they deserve commendation for their humanitarian work, as well as their consistent, poignant ad messaging.

A trailer starts to play. It’s Dwayne Johnson in a high-rise, and hey look, he’s an amputee! This must be a trailer for Rampage, and his leg was probably bitten off by one of the monsters! Nope! Wrong! This is a totally different film, starring The Rock, being confusingly marketed at the same time as Rampage, and not looking like that interesting or original of a film. As the latest entry into the “Dwayne Handles A City Disaster” genre, Skyscraper might be a fun popcorn flick, but I’m pretty sure this was a huge waste of money for placement, when the only trailers audiences will be widely talking about over the water cooler on Monday are Solo and The Cloverfield Paradox. Swing and a miss, for the Brahman Bull.

I really wanted to put one of the huge socially conscious or cause-driven ads here, but in all practicality, one of the best performers of the night was the self-referential series of Tide ads. The playful tone and use of the very genre of these ads to keep a running narrative through the game’s breaks was a stroke of genius. Moreover, everyone expected Tide to feel compelled to interweave some messaging about safety and the idiotic Tide Pod Challenge trend, but they were smart enough not to fall into that trap. Thee ads were unexpected, clever, fresh and funny, and they true workhorses of the overall program.

Of course, there were a lot of other solid representations. Following in the path of making a huge tandem impact in social media, the Peter Dinklage and Morgan Freeman spot for Doritos and Mountain Dew was a close contender for my top spot, or at least MVP. Additionally, it was hard to zero in on a heart-string puller while considering the Bud ad alongside the phenomenal and well-messaged spots from Toyota, Verizon and T-Mobile — though Toyota didn’t strike as solidly with the other ad in their pair. That one, the “Good Odds” spot, was exceptionally presented with a great hopeful message, just a tad new for Toyota.

The Michelob Ultra ads with Chris Pratt were cute. Stella attempted to see Bud’s water and raise them some internationality, but it was so far out of tone for them, it may not carry traction. Hopefully, they have a larger campaign to drive that home. (Why are only the low and high-brow ends of the carbonated piss business doing this? Come on, craft beer, form a coalition or something and bring a charity angle next year!) Amazon’s “Alexa Loses Her Voice” ad was good and celebrity-loaded, but they blew their wad way too early with it in circulation prior to the game, far in advance. NBC brought their own stable of inspiring and well-produced Winter Olympics spots. Tourism Australia, Ram (who’ve definitely decided they’re tired of being a truck that’s just for white guys, but they really could have skipped the icky use of MLK in the one ad), Jeep and Pepsi all rounded out the quality category (though, Pepsi’s final message seemed a little desperate and unfocused). Kia deserves mention here as well, if for nothing more than concept, production and use of a huge legacy celebrity name in the introduction of a formidable car to take on the mid-range sport-sedan/performance class.

In the awkward department, we were treated early-on to a Danny DeVito M&Ms spot that had been riding on a teaser earlier in the week. It was effective and funny, but almost cringe-worthy in some ways. Same with Pringles, who has decided that eating them one at a time (or selling just one tube at a time) is no longer cool, and we should “wow” ourselves with mixing and matching flavors (a page out of the old Skittles playbook). Jack in the Box also dabbled in the awkward, but kinda funny, as did Sun Basket (but I am not positive that one made it to air, and it seems entirely ineffective in letting us know what they do). Also somewhat bizarre, but expected, was the Keanu Reeves series from SquareSpace. At least he’s a good sport and understands his personal brand to be a bit wonky. Intuit also brought a somewhat awkward spot, but seemed to have skipped airing their more clever option. Sprint rounded out the awkward batch, with their Evelyn series, still inexplicably bragging about being the lowest-rated (but only by one percent!!) carrier.

Possibly the biggest waste of money on production costs was NBC’s somewhat desperate-seeming pitch for The Voice, which seems uneasy in the face of the more understated spots for American Idol’s return. I guess they didn’t have to pay for the time, though. A close second to that was the Tom Brady spot for Beats by Dre, which seems like a statistically bad idea in the year where most of America is sick of Mr. Deflategate.

The rest were a pretty middling batch of decent, sometimes funny, brand stories and spots, with a few more that definitely seemed like a miss. Compared to previous years, however, this lineup holds its own well, and despite a detectable concern in the early days leading up to the game that the best might have all been revealed in advance, there were some adequate surprises and unexpected gems.

We can certainly expect these spots to be the talk of the office today, and for those who want to dig into the full rundown, the YouTube Ad Blitz page is a great way to do so. It’s like a little American film fest of consumerism. Happy viewing!