Breaking In: The OK-est Movie of the Year 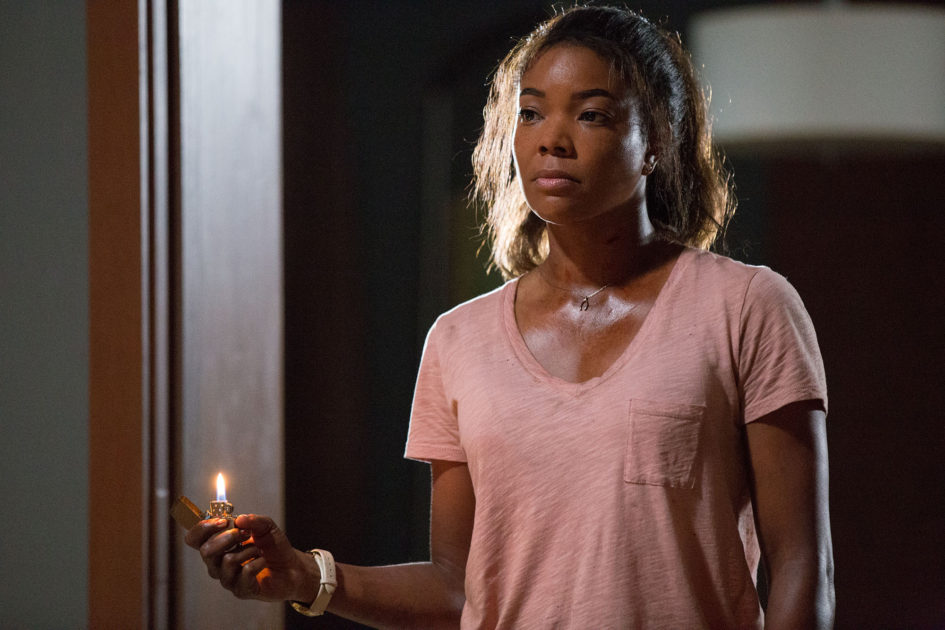 It occurs to me Breaking In, with its Mother’s Day weekend release date, was supposed to be some kind of mother-empowerment film. Unfortunately, while the promise of this was there, the film fails to deliver.

In the movie, Gabrielle Union plays Shaun Russell, a woman whose father has died in a rather grotesque running accident and she is left to sell off the remains of his large estate. She drives down to prepare the home for sale with her two children. Both of them are oddly unimpressed with their grandfather’s immense estate, even though they have never even laid eyes on it before. The film lets you know that Russell’s father was into some kind of criminal activity that was never explained. You are simply told that the CIA was investigating him before his untimely demise. This unspoken idea leads you to believe that perhaps the mother in this story is capable of far more than first impressions would lead you to believe, maybe. The place is broken into, by four hardened criminals, home-invasion style as $4 million is hidden somewhere in the house.

The setup to the film was boring and nothing but essential setup. We aren’t told why she is supposedly so smart that she can outwit professional killers. You are left to imagine that perhaps she learned these skills from her dad, but this is never actually spelled out in the film. Was this movie perhaps cut down? The editing did seem very sophomoric, almost as if I was watching a Lifetime movie instead of a Hollywood release. Was the movie bad? No. Was the movie good? No. It’s the kind of film you rent early summer on a random weeknight, because nothing good is on TV till September. Everyone did their jobs, but it’s evident that no one was exactly excited about it, either. All the typical elements are there: Frazzled Mom, check. Teenager who is more into Instagram then her family, check. Pre-teen boy who likes computers, check. Twist that is not a twist (in this film, our heroine is locked out of her home, not in it!!!), check. The directer came to work, made sure everyone said their lines, that the camera was rolling and the lights were set up annnddd that’s about it.

It’s actually kind of sad, because this film could have been so much more. Gabrielle’s character never does anything particularity astonishing. She is no Liam Neeson in Taken. How much more enjoyable would that have been? I would have liked to have seen more gore and more action. I would have liked to have learned at least a little more about exactly what kind of business her father was in and why exactly she thinks she can take on home invaders. Did he teach her some skills? Skills that might make her into a nightmare? We never find out. Perhaps the filmmakers were too worried about getting a PG-13 rating than making a good movie. I’d give the director that excuse, if it wasn’t for the fact that I’ve seen my share of decent PG-13 action films.

I give Breaking In two-and-a-half stars. It isn’t the worst film you will ever see, but it just might be the most mediocre film you see. Watch this one once it is available for rental, if you are a Lifetime movie fan. Home invasion or hard action fans might find the film too soft for their tastes. Breaking In is now currently playing in theaters, check your local listings for times.