With Captain Marvel fast approaching in 2019 and it being the 21st movie within the MCU, I wanted to highlight a few super-strong female heroes that I could easily see showing up in the MCU.

Avengers: Infinity War is the 19th movie in the MCU and while some fans say it’s criminal that Black Widow has yet to get her own solo outing — it’s not like Scarlett Johansson has never starred in an action film before — I’m just surprised that Marvel has waited 10 years to give any of its heroines a solo movie. I mean, Ant-Man and The Wasp (the 20th MCU film) will be the first time one of the films shares the marquee with a female counterpart.

It’s not like Marvel comics doesn’t have a rich roster of female characters. Heck, there were enough powerful women in the comics to create an all-female Avengers team, with Hawkeye being the token male. In the MCU, it’s the other way around, with Black Widow being the token female until Scarlet Witch showed up.

Sure, some of the most powerful of these heroes are members of the X-Men (one of whom I’ll mention later) and the Fantastic Four. We might not see them in the MCU until Marvel finalizes any deals they might have with Fox or Sony, but there’s plenty of Avengers members in the comics that Marvel surely still has the rights to, like She-Hulk, Tigra, Moondragon, Sersi and Echo as Ronin.

Yes, we have Jessica Jones on Netflix; but that’s one TV show in six, if you count the all Marvel Netflix shows (Daredevil, Jessica Jones, Luke Cage, Iron Fist, The Defenders and The Punisher). Agent Carter had a show, but it got cancelled. Then there’s Cloak & Dagger, which will be on Freeform. Meanwhile, Wonder Woman was the fourth film in the DCEU, and Supergirl is on its third season and is the fourth show in the Arrowverse. Come on Marvel, I thought you were better than DC?!

Personally, I’m still upset that in Avengers: Age of Ultron, Hawkeye’s wife wasn’t the former blonde superhero, Mockingbird, but that’s probably because I have a bunch of old Hawkeye comics. Although, it would be nice if we at least saw Clint Barton training Kate Bishop on the big screen. Then, Marvel could use the “Anchor Points” storyline on the big screen someday or eventually showcase the Young Avengers. Also, since I have a bunch of old Spider-Woman comics and The New Avengers recent comics, it would be great to see Jessica Drew in the MCU.

As for Captain Marvel, President of Marvel Studios Kevin Feige said that she was going to be the “most powerful” character that they’ve ever put into a movie. Whoa there, buddy. Don’t oversell it! You’ve already got Thor, Hulk and Doctor Strange in the MCU. But hey, maybe he wanted to stir the pot because Dark Phoenix is also coming out in 2019.

Do you know what other comic book movie by a rival studio is set to come out in 2019? Wonder Woman 2.

This got me thinking: What are some powerful Marvel heroines we could see in the MCU who could go toe to toe with Wonder Woman? I’m not talkin’ energy powers like Captain Marvel or Dark Phoenix. I’m not talkin’ about in the DC vs. Marvel comics, how Wonder Woman was pitted against Storm. I mean, who’s a real “tank?” Who can take it and dish it out? In the movies, the Fantastic Four have The Thing, The Avengers “have a Hulk” and Deadpool has Colossus.

If Thor and Hulk die in the next Infinity War movie, who fills that role for the Avengers? It would be great if it was one of Marvel’s strong female characters. Here are a few that I’d like to highlight:

If Chris Hemsworth’s Thor should fall in the next Avengers film, I advocate that Tessa Thompson’s Valkyrie should pick up Stormbreaker, becoming the next God of Thunder.

When I didn’t see her body among the dead Asgardians at the beginning of Infinity War, I wondered what had happened to her character. As the movie progressed and there was no mention of her — or Korg and Miek — it became a nagging question in the back of my mind. Director Joe Russo has since stated that her character survived; also that half the Asgardians survived the attack by Thanos, getting away in escape pods (although we still don’t know if Korg and Miek were among them). I was very happy to hear this.

I’m a big fan of Thor: Ragnarok. It was one of my Top 5 Favorites of 2017. I actually saw it twice in theaters and I just purchased a digital copy on Amazon and re-watched it this weekend. I liked the movie’s version of Valkyrie and thought she had a good character arc.

If anyone else should be worthy to wield Thor’s hammer, it should be someone who is already battle-hardened, has fought alongside Odinson and will look out for the remaining Asgardians in the MCU.

In the comics, the mantle of Thor has recently been taken up by his girlfriend: Jane Foster (played by Natalie Portman in the MCU). I don’t think I’m the only person to scoff at this idea. I mean, in comics, if The Sentry or Superman can’t get out there, does Lindy Lee or Lois Lane put on the tights? No, you make a call to one of the other Mighty Avengers or Team Superman (Steel, Supergirl, Power Girl or Superboy), respectively. If there was going to be a female Batman, you don’t have Vicki Vale or Silver St. Cloud take on the mantle, you get an experienced protege like Huntress or Batgirl. If Tony Stark doesn’t wanna suit up anymore, then the natural thing would be for James “Rhodey” Rhodes to once again become Iron Man.

Obviously, I’m not a fan of the recent gimmicks that Marvel has been playing in their comics. I’m especially not thrilled when they ignore a clear replacement in a capable character that’s been around since the ’70s. But this argument is all moot because Natalie Portman isn’t returning to the MCU, anyway. Whether it’s because her quote as an actress is too high or because she was purportedly unhappy on the set of Thor: The Dark World, we haven’t seen her since. They made excuses for Jane Foster’s absence in Avengers: Age of Ultron and Thor told Loki about their “mutual dumping” in Thor: Ragnarok.

I would be intrigued to watch Valkyrie actress Tessa Thompson play Thor. I think it’d be a great evolution to her character. Whether she showed up in Avengers, Guardians of the Galaxy, Doctor Strange or helmed her own movie — especially if Taika Waititi was back to direct the next Thor — I’d want to watch that. And if it’s either of the last two, I’d like to see them oppose the Marvel Asgardian villain, Amora, The Enchantress. 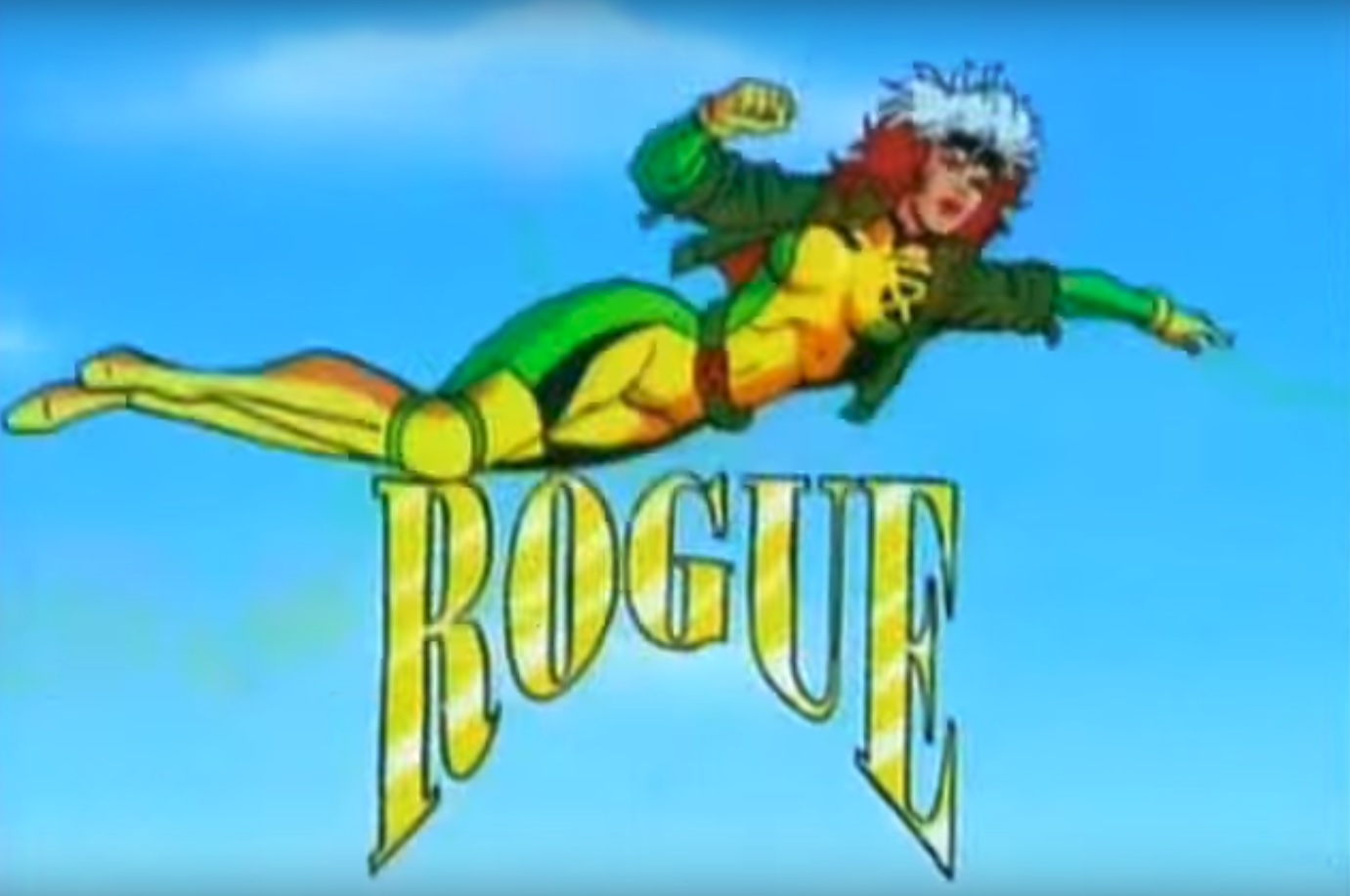 I don’t think I’m the only one who wants to see the Southern Belle powerhouse version of the character we fondly remember from the X-Men animated series. And no, not the teenage emo goth version of the character on X-Men: Evolution or Wolverine and the X-Men. I would love to see her character as she appears in the comics. In addition to her power absorption mutant abilities, she has flight, super speed, invulnerability and the kind of super-strength where she can trade blows with The Juggernaut.

Rogue just might be one of the strongest Marvel superheroes. There’s a reason why Death Battle pitted her against Wonder Woman.

I know that Rogue absorbed many of her super powers from Ms. Marvel. This could present some complications what with the upcoming Captain Marvel film. However, I also know that Rogue recently replaced her lost Ms. Marvel powers in the comics with those of Wonder Man. Nathan Fillion (Firefly, Serenity) portrayed Wonder Man in a deleted scene in Guardians of the Galaxy Vol. 2. So, there’s any easy fix right there.

Sooner or later, members of the X-Men are going to make their way into the MCU. Fans who were upset at Anna Paquin’s portrayal of the character in the Bryan Singer X-Men films can keep their fingers crossed if or when the role is ever recast. Of course, if Marvel ever decides for an actress to reprise her role from an X-Men film, I vote that Olivia Munn return as Psylocke. 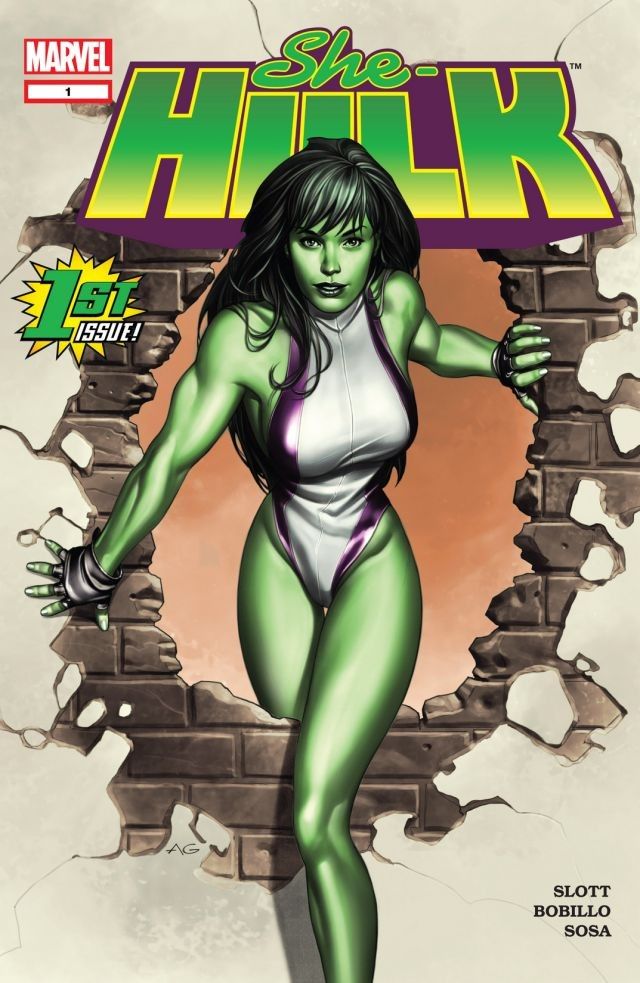 If there’s one super-strong female hero that needs to show up in the MCU, it’s She-Hulk. I am genuinely surprised that we have yet to hear Bruce Banner make reference to his cousin or for Matt Murdock (Netflix’s Daredevil) to square off in the courtroom with Jennifer Walters.

After Captain America: Civil War brought back General Thaddeus “Thunderbolt” Ross from The Incredible Hulk, I was expecting more characters found in Hulk comics to make appearances. With Gen. Ross and his daughter around, they could introduce the Red Hulk and Red She-Hulk. The Abomination was never killed in that movie, only locked up, and could always return to make for a good foe for the Avengers to fight. Or the MCU could introduce the new Abomination, like in the comics. That film also set up The Leader as a future villain. I’m still waiting for Doc Samson to grow long green hair and to develop super-strength. But after half a dozen appearances in the MCU, I’m really still waiting for Bruce Banner to talk about his successful lawyer cousin who also shares his powers… and it’s not just because I own a copy of She-Hulk #1.

Some fans believe that the character of Jennifer Walters is perfect for a Netflix series. I agree and would recommend the “Single Green Female” storyline found in the comics. If Netflix ever wanted to make a Marvel show that wasn’t as dark, there’s some good humor in there, as well as Jennifer trying to balance her legal profession with her role as She-Hulk. The graphic novels are a fun read, exploring a side of her character we don’t always get to see.

Television aside, She-Hulk could show up in any Marvel movie. She’s been a member of various superhero teams: Avengers, The Mighty Avengers, The Defenders, S.H.I.E.L.D., The Hulkbusters and Heroes for Hire. Once the Fantastic Four gets folded into the MCU, she could show up there as she often substituted for The Thing when we was off doing his… uh, thing… and the team needed more muscle. In fact, here’s several reserve members who could show up if a Fantastic Four film ever wanted to make things interesting: Spider-Man (who’s good friends with Johnny Storm), Ghost Rider, Wolverine, Crystal from The Inhumans and Doctor Strange.

With characters like Doctor Strange and The Hulk showing up in Thor: Ragnarok, it’s only a matter of time before we see more Marvel characters make appearances in other heroes’ films. Here’s hopin’ that some of those heroes will be strong female characters who can really kick some butt. 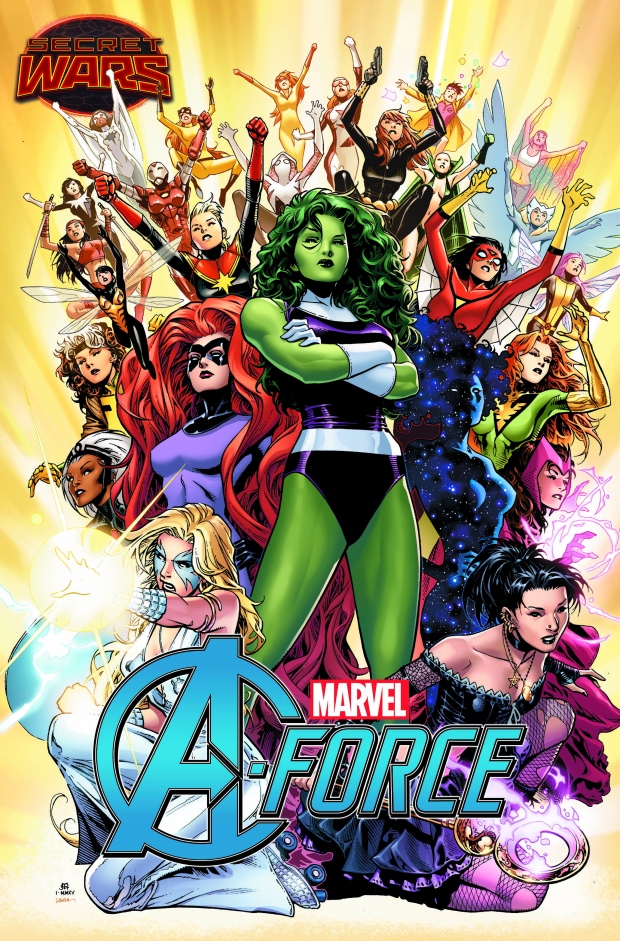