I have always loved mythology stories. As a kid, I remember spending many a Saturday morning at the local library, scouring the shelves for books on the subject. I mainly stuck with Greek tales, as the stories of Zeus, Thor and Athena appealed to me more, since I was a comic book fan and had the replica of the Parthenon is located right down the road from me. But I also branched out into Roman and Norse stories of lore. Even with this love of legendary stories, I never heard of any Estonian myths. That is, until I watched the film, Kratt.

In mythology, a Kratt is a creature that can be summoned to do tasks for its creator. With a body made from household materials and hay, the Kratt is brought to life by making a deal with the devil. All are fine, as long as the creator has work for the Kratt to perform. However, once all its tasks are completed, the Kratt will turn on the master unless more work is given. Luckily, with it being made of hay, fire can easily deal with the Kratt.

The film, Kratt, is the story of a couple of kids left at Grandma’s without their smartphones, while their parents go on a trip. Mia (Nora Merivoo) and her brother, Kevin (Harri Merivoo), must make the most of their time there, doing chores and housework for their granny, (Mari Lill).

But, as you can imagine, this is not exactly how the kids want to spend their time. Soon they make friends with Juuli (Elise Tekko) and August (Roland Teima), and the sibling pairs find a book that teaches them how to create a Kratt to do their chores. However, the kids miss the fine print, messing up the spell. They must find a way to stop the creature they unleashed before it is too late. 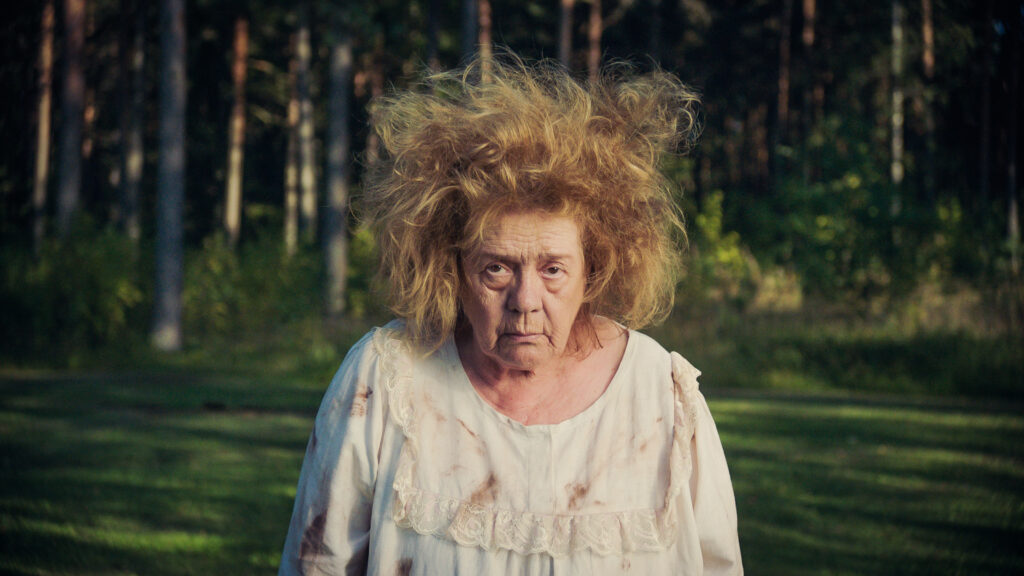 Kratt is a movie I wanted to like. I mean, on the premise of it being a mythological tale, it checks all of the boxes, being full of creatures, magic and horrors. But Kratt missed the mark in its execution. Not only is the film incredibly too long (clocking in at just under two hours), but the slow build is dull. Maybe it’s the fact that Estonian comedy and the American sense of humor clash, but I found it boring. Parts that might have been funny fell flat. The humor is not completely lost, but it is highly blunted.

I know that Kratt is supposed to be an indictment of using technology in today’s world. But I also find it ironic that the very film that tries to convey kids getting outside and doing stuff like it is the ’80s, rather than living on the internet, is in fact only available on the internet. Without said platform, Kratt wouldn’t have a platform to reach the masses.

Kratt earns two out of five stars. The slow burn leading up to the kids engaging the creature fizzles to little more than a pop, rather than the loud bang the audience deserves. Again, it may be the cultural differences between American and Estonian comedies, but if Kratt wants to reach a larger audience, then director Rasmus Merivoo would be best served to make his film more appealing. Too much build with little payoff is not the way to go.