If Halloween Ends, What’s Next for the Franchise? 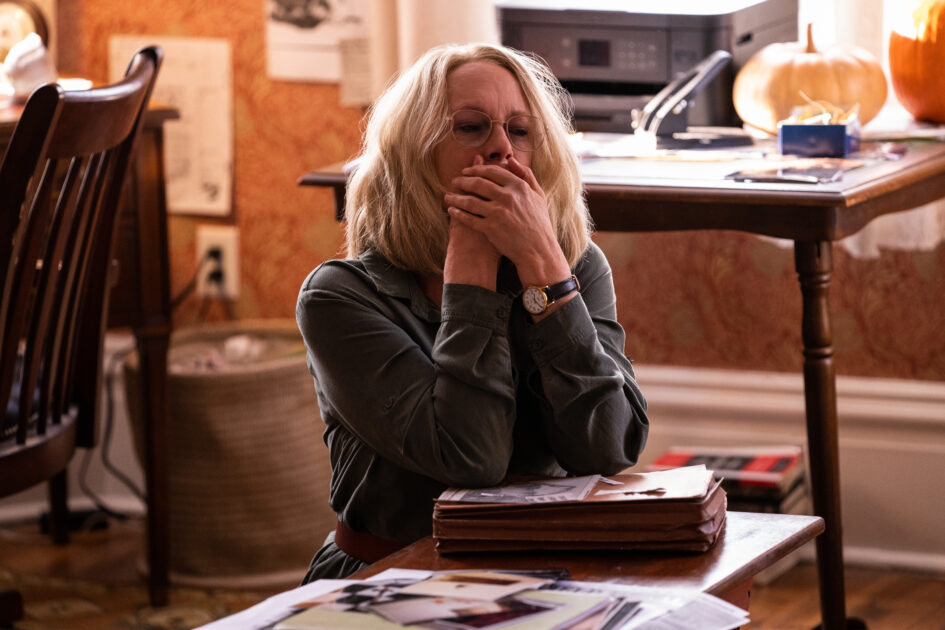 Per Matt
I make no bones that John Carpenter’s Halloween is one of my all-time favorite horror movies. While much has been made of its shoestring budget, I truly enjoyed the storyline, which was groundbreaking in 1978 and still holds up today. Throughout the decades that followed, many filmmakers have stabbed at bringing back familiar characters and turning the standalone film into a franchise with varying results, which is why I was incredibly hyped that OG Carpenter was returning for a selective sequel. Little did I know that would lead to a selective-sequel trilogy (but I was hopeful).

Thus, Halloween Ends. Or does it?

In Blumhouse Productions’ final chapter of the saga, Laurie Strode is no longer the bad-ass prepper who foresees a final confrontation with The Shape, as in 2018. On the flip side, she’s not missing in action like in Halloween Kills. For Ends, she’s got more of a domesticated presence, having moved in with her granddaughter, Allyson (played by Andi Matichak). They still live in Haddonfield for some reason, but they’re no longer allowing the ghosts of their past to haunt their present.

A new character is introduced and retconned into the trilogy: While babysitting for family friends, Corey Cunningham (Rohan Campbell) inadvertently kills their child. Years later, he’s become a pariah, still living in Haddonfield, as well. When his path crosses Allyson’s, they immediately recognize similar tortured souls. But just when you think they might find true happiness together and live happily ever after elsewhere, Corey makes a slight deviation in his character arc.

Corey becomes the true terror of this film, with misguided youth being the scariest plot development. His revenge is a little slow to develop, relegating Michael Myers to lurking within the town’s sewer system for way too long, waiting for the story to include him. That part is unfortunate. But when Myers does return, he recognizes a familiar face, and the action really ramps up.

We may never truly know if David Gordon Green originally intended to write, direct and produce three Halloween films. Past chapters of the story were haunted by writers boxing themselves in, leaving the franchise with no true ways to continue the storyline. With Ends, Green makes the most definite conclusion for Michael Myers yet, but somehow, I’ve got a feeling the Halloween franchise will continue, with or without him.

“I used to think of you as the bogeyman, now I only see you as a man.”

There’s a brutal parallel between the pain of the final girl survivor and the terrorized killer kid. One’s labeled the “psycho” and the other’s the “freakshow,” but which is which? Does it truly matter? Both are damaged characters and Ends takes its time to explore both via the lens of other townspeople — and they’re very opinionated.

Halloween Ends isn’t the best film in the overall franchise (or even the selective sequel trilogy), but it does a good job at exploring the horrors of the Strodes from different perspectives. And could there be more? Well, not from Blumhouse. A different production company could grab the available thread to string along another direct sequel, but the most probable outcome would be to either reboot the entire thing or possibly create an anthology series of films connected by the spooky season — one without Michael Myers. That just sounds like crazy talk!

For this fan of the franchise, Halloween will never end. But I’d absolutely kill for Carpenter to team up with Blumhouse for an original project! Maybe even turn it into an all-new franchise!