Catching Up On: Halloween Wars 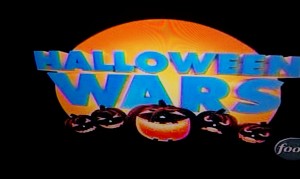 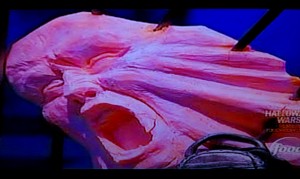 I’m not a huge fan of the Food Network TV show, Halloween Wars, because so little of what monstrous creations the contestants conjour up are actually edible… meaning it’s not really about tasting the food, but using uncooked food items laced with lots of modeling chocolate, for display purposes. And fondant. LOTS of fondant! Style over substance. If it’s a food competition show, I prefer the food to be edible, and not just a tiny bite — but that’s just me. This the Duff Factor. I blame the surge in popularity of Duff Goldman’s show, Ace of Cakes (which I loved), to spike the popularity of of fondant sales worldwide. 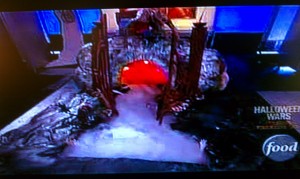 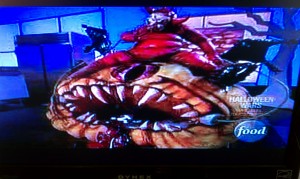 For those new to the show, (two or more) teams of three people compete to create a seasonal-themed masterpiece, within a short timeframe. Pumpkins are a huge source of inspiration, naturally. Included within the group: a pumpkin carving expert, a candy craftsman and a renowned cake artist. Judging the contestants are Shinmin Li (award-winning cake artist), Tom Savini (award-winning Special Effects Artist from Dawn of the Dead, Friday the 13th, From Dusk Til Dawn) and usually a guest judge is involved (horror actresses Scout Taylor Compton, Shawnee Smith, director Rob Zombie)

Several of the random episodes I viewed involved re-creating creatures of: The Underworld, Evil Clowns and Zombies vs. Vampires. 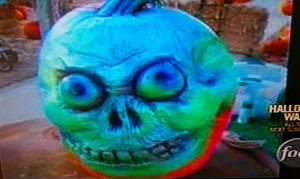 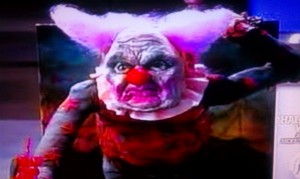 Normally, there’s a freak-out moment (which I adore) and the teams are crafted to showcase strong personalities. Hello, dysfunctional! Bring on the drama! Host Justin Willman does a servicable job, but nothing to write home about. As far as the entire show goes, I mostly watch a few minutes, get the details, and fast forward to the final product. But the life-sized pumpkin-carved zombie took the cake, best of the bunch!!! Guess I’ll check in again next year, at some point. 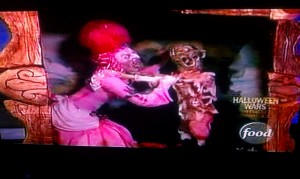 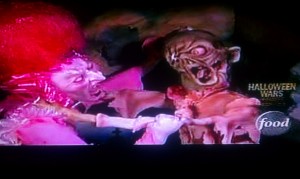 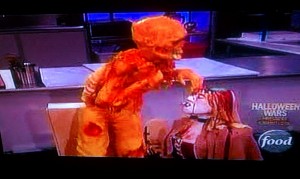 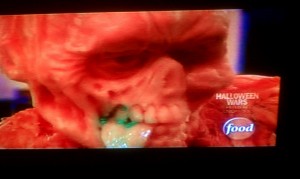