Checking In to Hotel Artemis 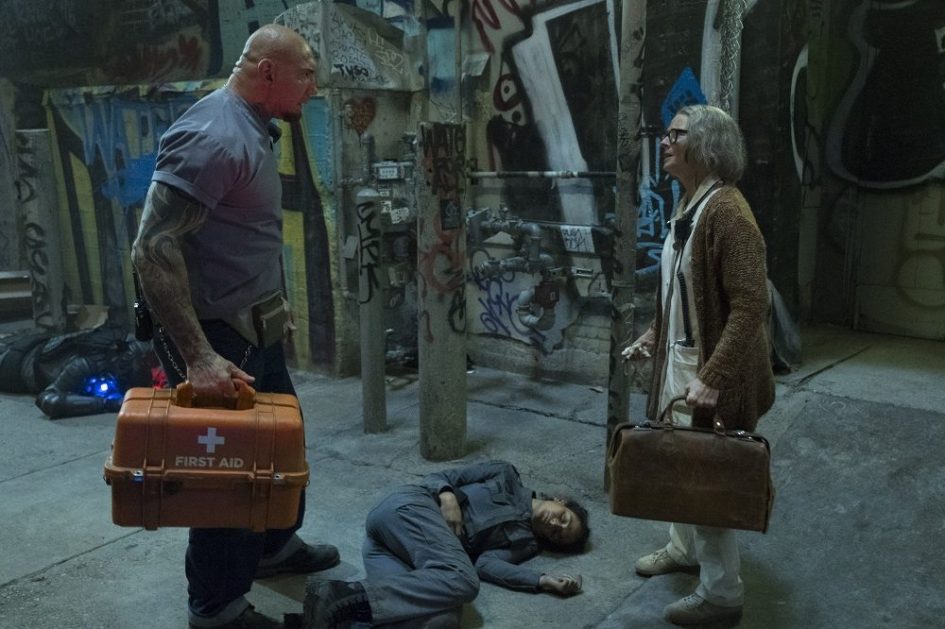 Picture, if you will, a Los Angeles so fiscally and morally bankrupt that privatized firms now control utilities and civil defense in the metropolis that, unfortunately, seems to define America as a culture. Now, further imagine that those private firms have shut off service to the city of millions, resulting in the worst rioting in American history as those same citizens bludgeon, break and burn a path of unrest directly toward the corporate headquarters that has just forced them into a drought. What would you do while the city burns? For some, the answer is simple: rob a bank. And where do you go in the year 2028 if your bank robbery in the middle of a small-scale civil war goes sideways? The Hotel Artemis.

Hotel Artemis is the penthouse level of a dilapidated, ancient Los Angeles luxury hotel whose glory days are long behind it. The vacant-looking building is a state-of-the-art hospital and temporary safe house for the criminally inclined who can afford membership to come and lick their wounds when the hazards of the job catch up to them. Patching them up is what The Nurse (Jodie Foster) and her faithful orderly Everest (Dave Bautista) are all about. The film focuses on an eclectic mixture of violent criminals named for the suites they occupy. Acapulco (Charlie Day) is a sleazy, rapey arms dealer with the second worst mustache in the movie. Nice is a French femme fatale (Sofia Boutella), intent on breaking the rules of Hotel Artemis by murdering a patient under The Nurse’s care. Meanwhile, Waikiki (Sterling K. Brown) and his wounded brother, Honolulu (Brian Tyree Henry), are recovering from a bank heist with a exit strategy that left one of them with an “air conditioned liver,” among other wounds.

The story, itself, feels like the three-way love child of John Wick, The Purge and almost every action/adventure flick that’s hit theaters in the last five years. While not a bad movie, it lacks a certain amount of originality but that could easily be made up for with good storytelling and a coherent narrative voice. Unfortunately, there is literally too much happening for the hour-and-a-half run time to contain and explain, which means that some characters are little more than common stereotypes, while others feel inconsequential and completely forced into the story for no real reason at all. From the Asian bank heist accomplice with a hole in his neck added by the studio so the film stands a better chance of running in mainland China, but is an otherwise wasted device, to the female cop whose recollections of The Nurse’s dead junkie son would have been wonderful with a little more context, the film is full of people who serve literally no purpose, whatsoever.

This brings us to Zachary Quinto and his nameless character, and creepy, pedophilic mustache. Quinto’s character is the son of The Wolf King (Jeff Goldblum) crime lord of Los Angeles, who is checking in for wounds received during something totally unrelated to the rioting. We think. Frankly, there’s never a whole lot of clear motivation. 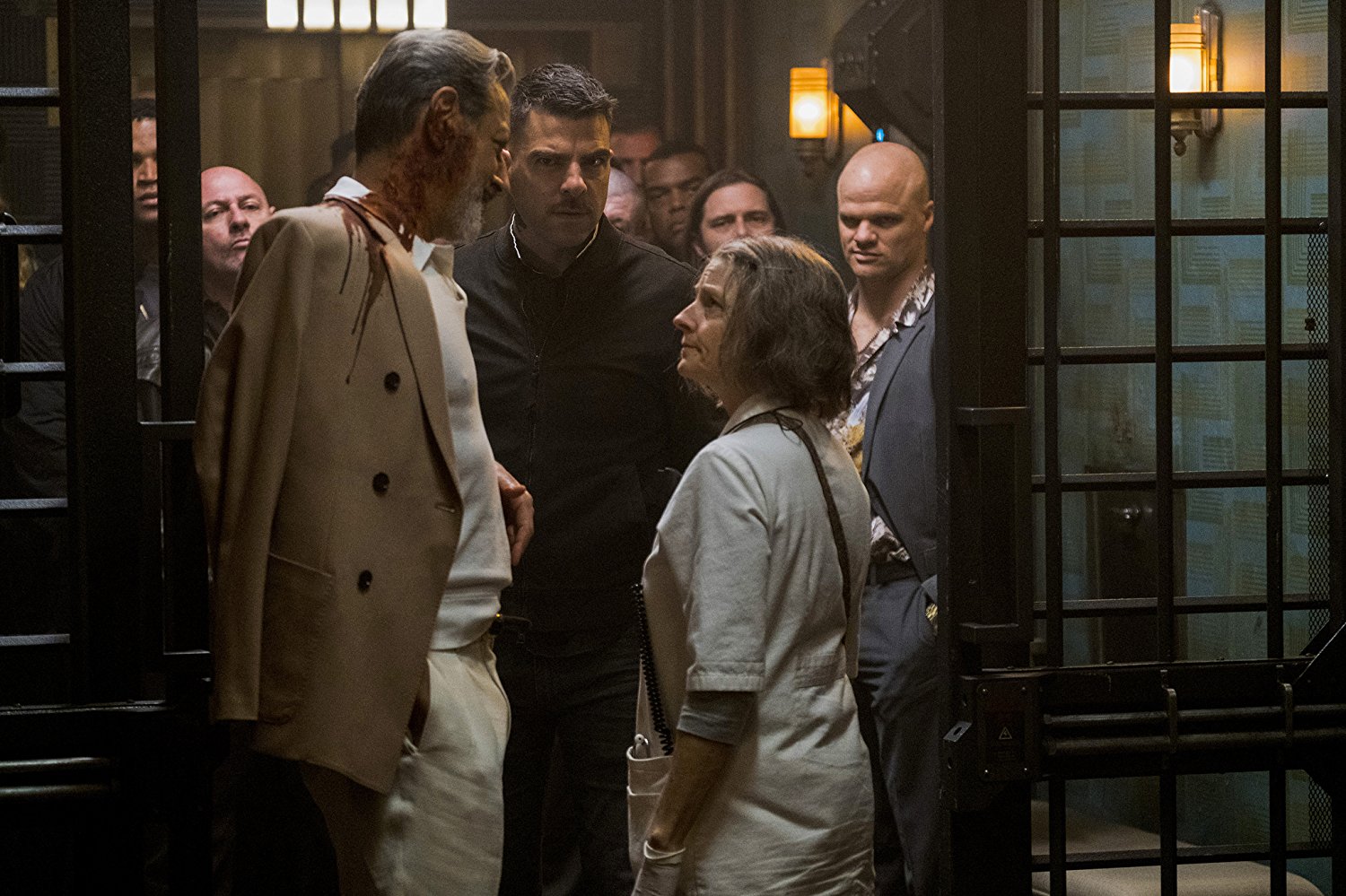 Look at his lip?! I’m begging you, please, someone shave Spock’s face!

Hotel Artemis is a wasted chance to tell a truly modern story with a relatable science-fiction setting. An additional thirty or forty-five minutes and a decision to actually make a singular character the focus of the story would have helped a lot. Deciding if the plot should focus on The Nurse, Waikiki, Nice… hell, anyone, would have made it a bit easier to follow. Instead, it just seems like an introduction to a handful of incomplete stories that will never see any real conclusion with some bullshit, faux happy ending tacked on for good measure. Personally, I’d have loved more time with Dave Bautista’s Evererst on screen promising to use his full medical acumen to “unheal” every baddy who got in his way.

For a quick, mindless summer thriller, Hotel Artemis is great. As a film with a lot of narrative potential and character, again, not that bad. For a cogent, entertaining story, you’re going to want to look elsewhere.