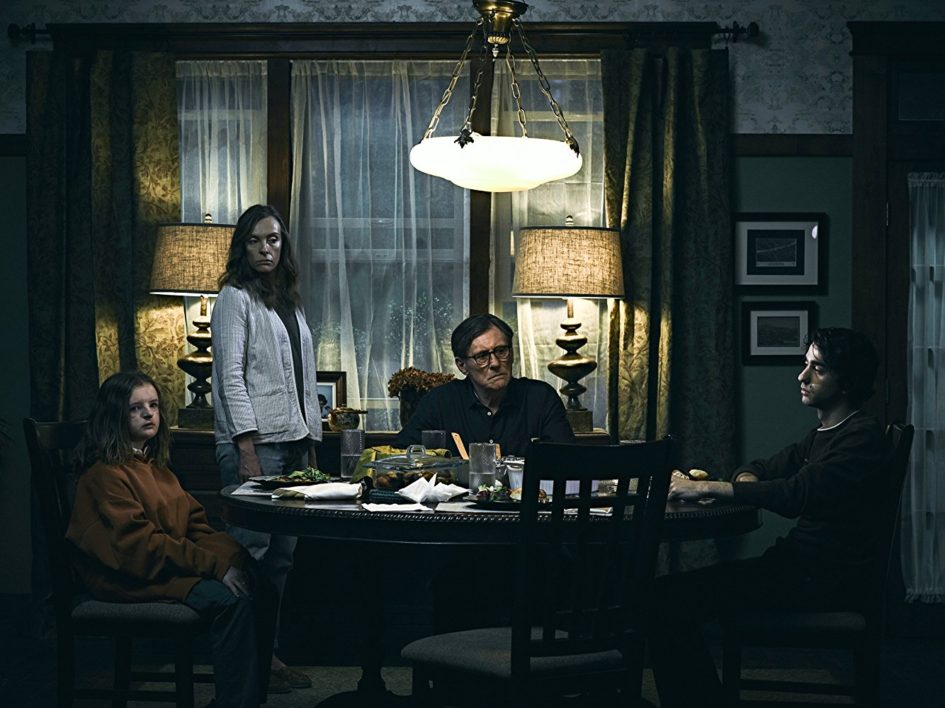 Hereditary is disgusting, exploitative and far from the subtle blend of psychological and visual horror we’ve come to expect from A24. With scenes of brutality and gut-wrenching emotional trauma unlike anything the company has produced before, the film is a gut punch that doubles you over and throttles you in a torrent of non-stop grief and violence boarding on cinematic cruelty. While the elements of horror are all present, it’s the unrelenting shock that keeps the audience glued to their seats, eyes peeled open, unable to turn away.

The story of Hereditary is a painfully familiar tale of sensationalized Hollywood interpretations of witchcraft and Satanism in the vein of Rosemary’s Baby. Now, I start off with that comparison but, honestly, everything in genre film finds itself weighed against its greatest contemporary. No Zombie film will ever surpass Night of the Living Dead. No found-footage horror can escape without allusion to The Blair Witch Project. And no devil-worshiping cult will conjure something independent of Rosemary’s Baby, which is evident in Hereditary. That said, the story uses its exploitation of personal emotional loss to take the cultish leanings of the narrative to new places. 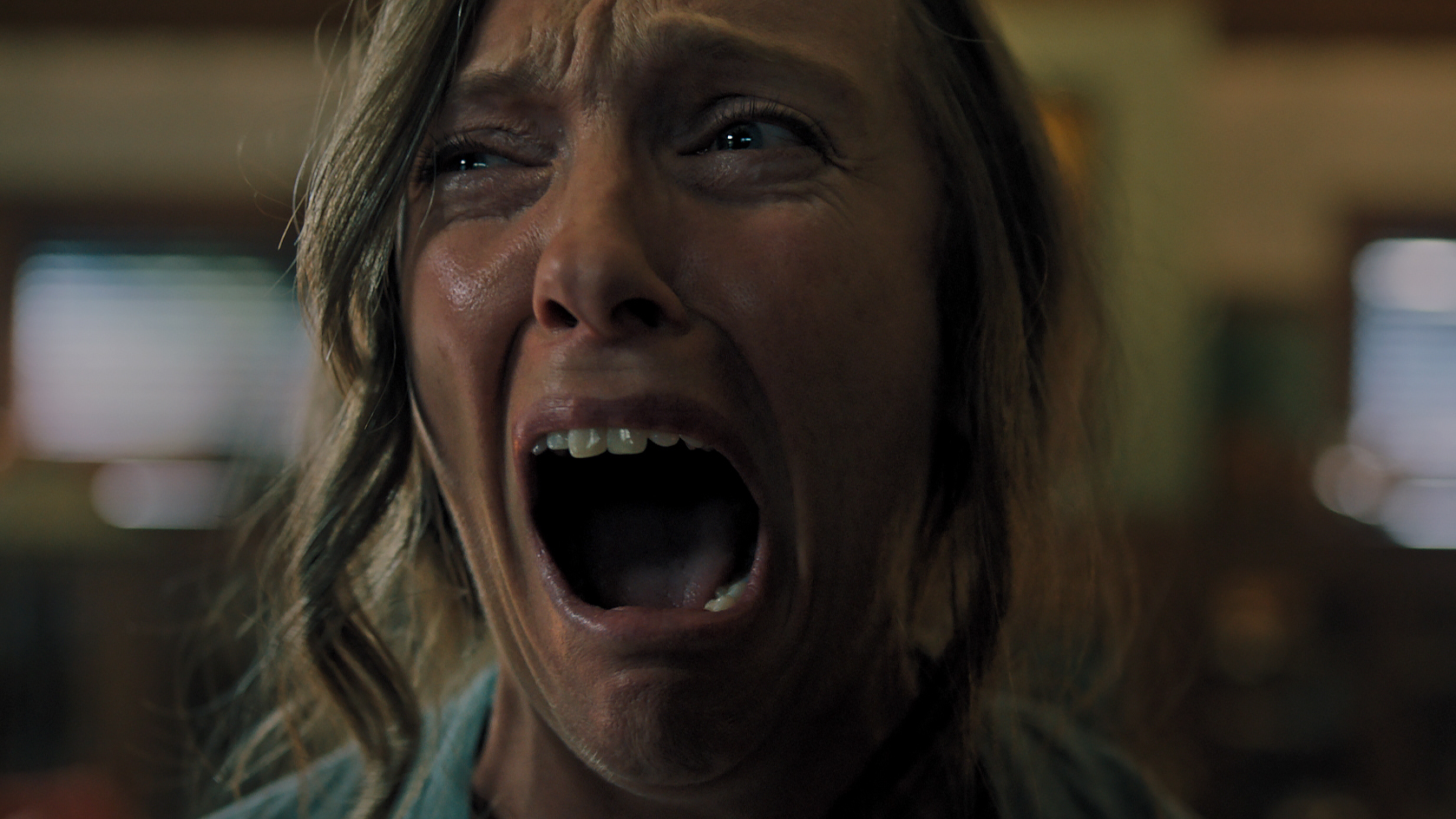 Annie, are you OK? Are you OK, Annie?

After losing her mother to disease and her 13-year-old daughter in a tragic — and gruesomely depicted — accident, Annie (Toni Collette) goes down the rabbit hole of grief and loss in the most unhealthy ways imaginable. A miniature/diorama artist, she begins by closing herself off from her oldest surviving child, while graphically recreating the accident scene. She then takes solace in a support group, where she meets Joan (Ann Dowd), who is also suffering from the loss of a child, and convinces Annie to try a seance.

Do you see the warning signs? Are the bells ringing loud enough yet?

Ghostly apparitions, nightmares of violence and verbal abuse, and secretive hints at a past she’s long tried to keep buried all begin to flood into Annie’s grief-stricken mind. In most cases, the story would have walked the line between the surreal and the tragically common, leaving us to believe that maybe Annie’s loss has caused a full-on psychotic break in which she is simply hallucinating all of the supernatural activity. But, as a collection of naked, middle-aged white people assemble on her lawn, we realize that her life and the lives of her mother, daughter and son were all a part of a demonic pyramid scheme.

Guys, this movie eviscerated me in the first 30 minutes. Touching on traumas experienced in my professional life, the horror to me was being forced to relive the grief of a parent losing a child in a traumatic, sudden and woefully needless accident. Listening to the bestial screaming, the crying that chokes out all the air from the lungs and leaves a person a sobbing, yowling heap on the floor even now makes me quiver and struggle to breathe just writing it. Meanwhile, the effects, visuals and cinematography all make this a beautiful tragedy of a film. With inspirations clearly borrowed from Rosemary’s Baby, The Exorcist, The Grudge and Insidious, Hereditary made these visuals its own and added some truly gruesome and terrifying new images to that ghoulish gallery. 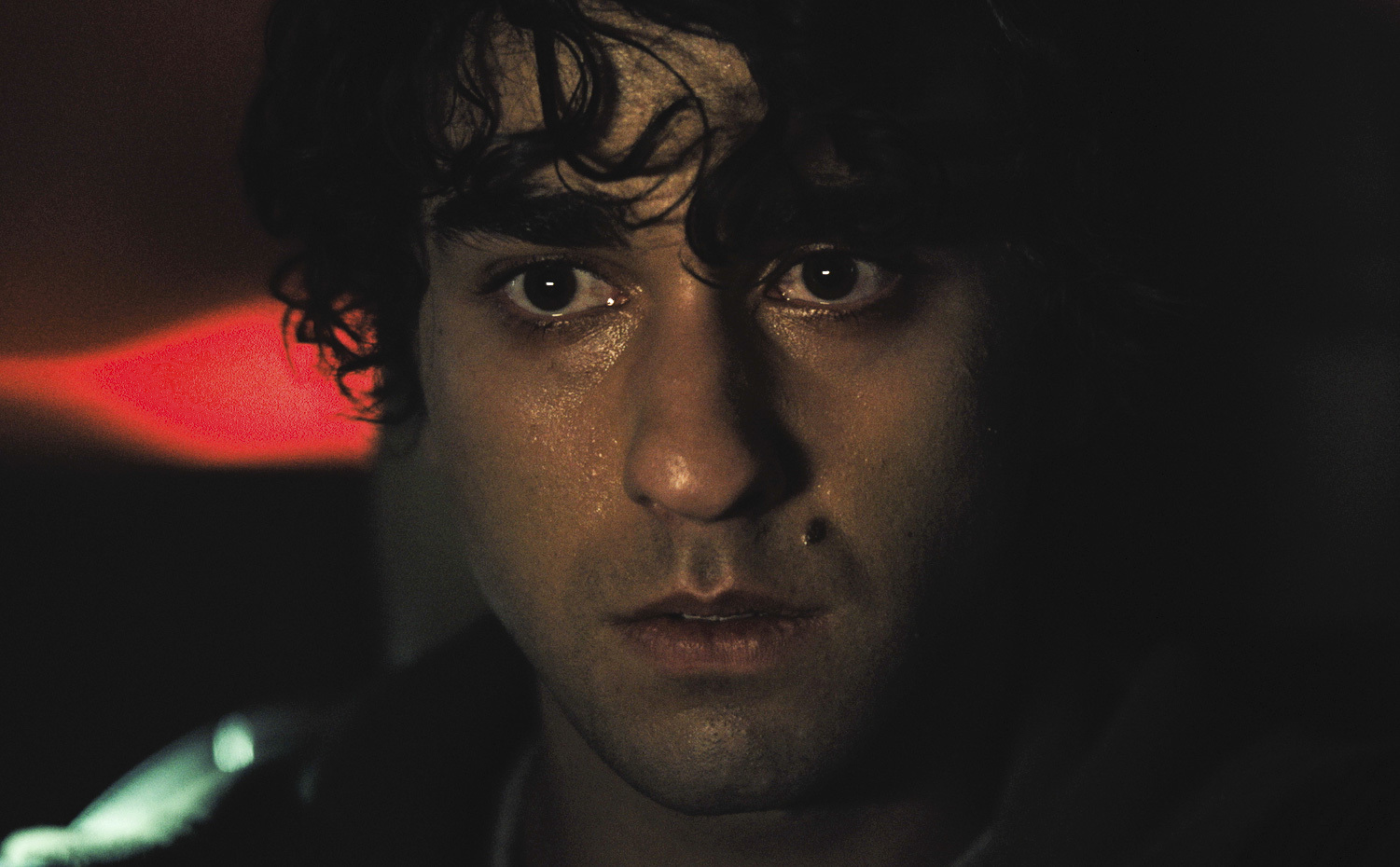 I’m pretty sure I’m going to need therapy after this.

If I had one problem with this movie — and I always do — it’s that there was far too much unexplained background story. The audience sees the signs, can tell from the collected works of Annie’s mother, from the vague mentions in the background about good and evil, and of a strange symbol recurring again and again that there is something not quite right happening. But unless you’re able to tune out the noise of the audience, of the visual assault on your eyes and heart, you’ll miss the muttered dialogue, the backstory whispered here and there that actually makes the tale cohesive.

Like everything we’ve seen out of A24 in the horror genre, Hereditary is cerebral, while also being gruesome and exploitative of some of the worst personal traumas imaginable. To that end, the audio is specifically designed to elicit that feeling of abject hopelessness, loss and fear without having to tell much of a story. See it once for yourself and see if you agree.