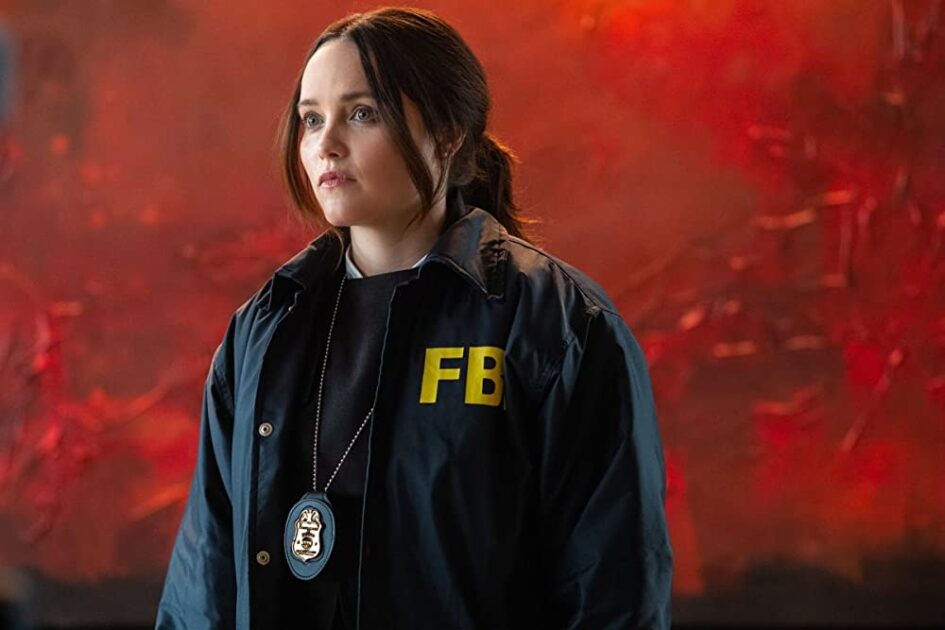 I've got a few reasons why Clarice won't return for a second season... Photo Courtesy: CBS.

Per Matt
Lowly rated horror-themed shows airing on network television don’t usually get multiple seasons to fix their format — especially when they’re an expensive adaptation of a best-selling book series and an Oscar-winning film. And it doesn’t help that the most famous character from the original source material is contractually withheld from the show in question, which is titled Clarice.

I really had high hopes for the show. After watching the series premiere, I thought I could sense the direction it was headed. Boy, was I wrong. VERY wrong.

Psychological horror within a police procedural was the framework for this series, but it never quite reached my lofty expectations, as it was bogged down by too much drama. Trauma became its main focus, followed closely by racial issues, politics and blatant sexism. If you could survive all of those woke issues, you might be interested in the season-long corporate conspiracy involving Big Pharma, with side stories involving Starling’s experiences from The Silence of the Lambs and some childhood issues.

“We can’t pretend the bad things that happened to us, didn’t happen.”

I liked a few of these characters for the most part, it’s mostly the plot devices I despise. I can understand why others tuned out, as I was never a weekly viewer, but I managed to eventually catch up via my DVR. 7.35 million viewers watched the pilot, while less than 4 million people stuck around for the finale. That’s a mighty large drop-off. Right or wrong, I blame Executive Producer Alex Kurtzman.

My mistrust for the filmmaker is everlong. Kurtzman (with Roberto Orci) were responsible for writing Michael Bay’s Transformers films, along with the rebooted Star Trek franchise, The Amazing Spider-Man 2 and the horrendous The Mummy. While he brings originality to his adaptations, eventually they become disappointing disasters. Why is he always chasing a feature film franchise to ruin?

“What happens if you find out you’ve been building yourself on a lie?”

One of the biggest hurdles Kurtzman and Jenny Lumet faced with Clarice was the inability to bring Hannibal Lecter into their stories. The ghost of that character loomed large, but Buffalo Bill briefly stood in for a huge source of pain given to the main character. Unfortunately, that bad guy, alone, wasn’t enough of an antagonist (because he was already dead), so Alaster Pharmaceuticals portrayed the Big Bad, here. A private drug company distributing an experimental drug that caused birth defects wasn’t much of a draw, either.

As a symbol of a strong female character, this Clarice Starling was kidnapped far too often. That, in itself, seems to fly in the face of the previously stated filmmaker’s goals. It didn’t help matters much that she had anger management problems stemming from her daddy issues.

Michael Cudlitz was unexpectedly one of the highlights of the season. After acting and directing The Walking Dead franchise, it’s nice to see Cudlitz in front of the camera once more (this time without the red hair).

Can a soft reboot be successful for an established franchise after one season has aired? If given the green light for a second season, will the showrunner actually enter new territory for these characters, or simply attempt to follow author Thomas Harris’ books? It looks like those questions may never get answered, as the show was rumored to be moving to the Paramount+ streaming service, although those negotiations eventually broke down.

This seems to be the end, for Clarice.

Ever since my heart was broken into millions of tiny pieces when CBS pulled EVIL for its nascent streaming service, I was hoping Clarice could heal those pains and maybe some day replace it as my favorite show on the network. It looks like that won’t be happening anytime soon. Clarice simply chased too many ghosts in its lone season.