The Secret of Skinwalker Ranch Has Become Another Oak Island Curse 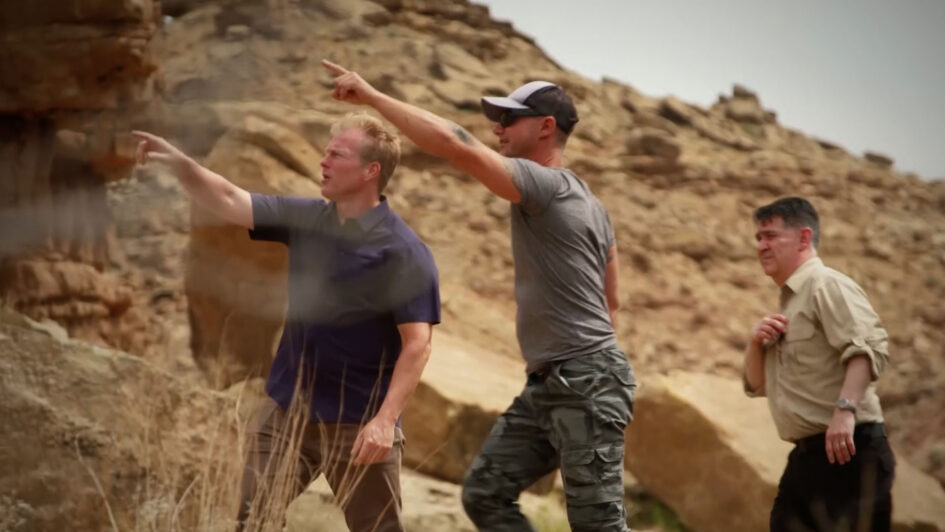 Per Matt
As much as I hate it, I can’t get enough of it. I want to understand what is happening deep within the Uintah Basin in Northern Utah, but as more questions are asked, fewer answers are revealed.

By the time the season finale wraps up Season 2 of The Secret of Skinwalker Ranch, I still don’t know what exactly is taking place on this unique property that is said to be cursed by the Ute Nation, but I’m absolutely gonna continue watching, hoping something is eventually declared substantive… After two seasons, I still want to believe the truth is out there.

The team returned in the season premiere, demanding to get to the bottom of the issues at hand. They had hoped to reach an understanding of what’s happening not only below, but also above the property lines. Warning after warning, they were urged not to dig on the property at all costs… unless you’re willing to accept the consequences. Naturally, they threw caution to the wind and brought in the heavy equipment.

The deeper this crew digs into the mysteries of the location, the more they’re confused by what’s occurring right in front of their eyes.

Rabbi Ariel Tzadok (who has previously appeared on the network’s Ancient Aliens) tried to bless this mess, while possibly opening a portal to the unknown. After digging a moderate-sized trench, they discovered an underground waterway may actually be messing with their equipment. The team later learns the ground is actually conductive, as different layers of earth are similar to what makes up a battery. They were successful in powering up a flashlight through the soil and one of the most bizarre tests of the season involved a large Tesla coil.

After bigger rocket launches from the previous season attempted to measure atmospheric levels, more UAP (Unidentified Aerial Phenomena, or another term for UFOs) were spotted, along with a continuous string of equipment failures.

Magnetic fields continued to change and in the season finale, “It Follows,” the team took some equipment aboard the property owner’s personal helicopter and flew above “The Triangle,” an area that continues to provide strange phenomena. Hoping to reach 5,000 feet above the ground (which is actually 10,000 feet above sea level), something tracked the helicopter, 30 feet underneath the vehicle, following them as they climbed in altitude. The helicopter’s altimeter was screwy during the science experiment, which really didn’t provide too many answers.

Much like The Curse of Oak Island, it’s all a puzzle they hope to slowly but surely decode, piece by piece. Unfortunately, also like the treasure-hunting TV show, Skindwalker Ranch is also a test of patience while dealing with odd, unexplainable events. So far, property owner Brandon Fugal’s attempts at utilizing the scientific method has been successful at finding smaller answers, but the bigger questions remain.

Why can’t anyone fully grasp what is happening on the property? And is the Ranch actually preventing these science experiments from happening? Native Americans have documented similar tales throughout the years of what the team’s been experiencing, but could an asteroid impact of the past continue to influence this location in the 21st century?

Next season, the team hopes to bring in a blimp that will be able to record invaluable data from midair and hopefully explain the unusual glowing spheres seen on the property, as well as the erratic changes in magnetic north on their compasses.

Last year’s cattle mutilation is still an ongoing investigation, but one thing’s for sure: The team’s mission to stimulate something strange on Skinwalker Ranch is exactly what they got. But finding answers to it all is something else entirely.

I cannot wait for Season 3 of The Secret of Skinwalker Ranch!!!