Cosplayer of the Month: Kim Arnold 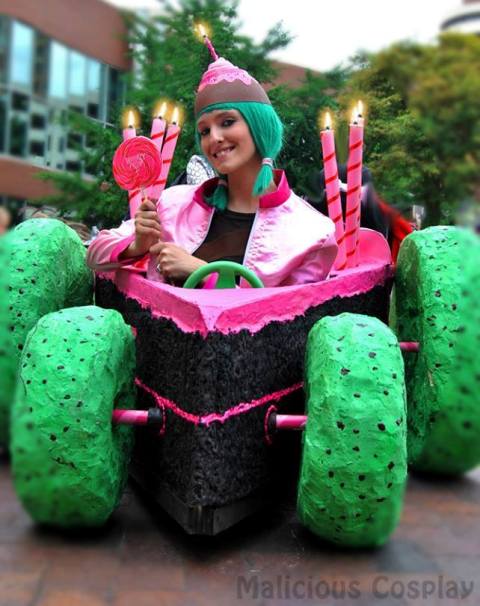 Per Matt
When it comes to costume creation, this cosplayer gets malicious!

Kim Arnold, along with her partner, Breanna, combine to form Malicious Cosplay. While many of their creations are completely loyal to their original characters, others are creative mashups. Kim participated in the Lexington Comic & Toy Convention costume contest and won the hefty grand prize: $1,250 in cash. In our Cosplayer of the Month interview, we discuss Wreck-It Ralph, retro videogames and an all-consuming anime.

Please tell me a little about your award-winning costume.
– “I am dressed as Candlehead from Sugar Rush, which is a game in the movie, Wreck-It Ralph. I made Candlehead’s car from the movie, it’s shaped like a cake. It’s about 40 lbs, it has a speaker in it, it plays music. It’s all made out of foams, PVC and wood. It was crazy to make.”

Which was the deciding factor: The character or the vehicle?
– “Honestly, it was the vehicle. I had to pick a character who I knew I could make. A lot of the vehicles are very geometrically shaped, very rounded and smoothed. I didn’t think I could make that. So, I picked her car to have a little more freedom. I could work with the materials a lot easier.” 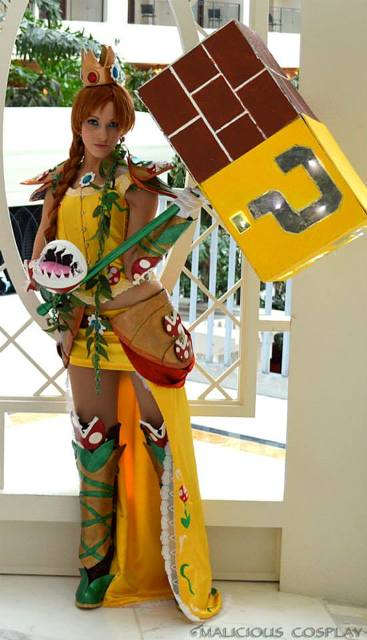 I’m guessing this is not your first costume?
– “No. It’s probably my 13th costume.”

How long did it take to build the entire costume?
– “I would say between 200 to 250 hours, over the course of three months. I actually made it while I was in the process of buying a house and revamping the house that I just bought. It was a lot of work, but I got it done.”

What inspired you to create a Wreck-It Ralph costume?
– “I was a huge gamer, as a kid. Disney makes a movie about retro video games and I saw the cars in it. I decided I needed to make one of those.”

What kind of advice would you give to beginner cosplayers?
– “Just have fun. Know it doesn’t matter what you look like or how old you are, just do it if you want to do it. Start out simple and work your way up.”

What are you currently geeking out to?
– “Attack on Titan. I’m reading the manga right now. I finished watching the anime. I’m obsessed, I’m not going to lie.”

What’s your favorite anime?
– “Attack on Titan is my favorite.” 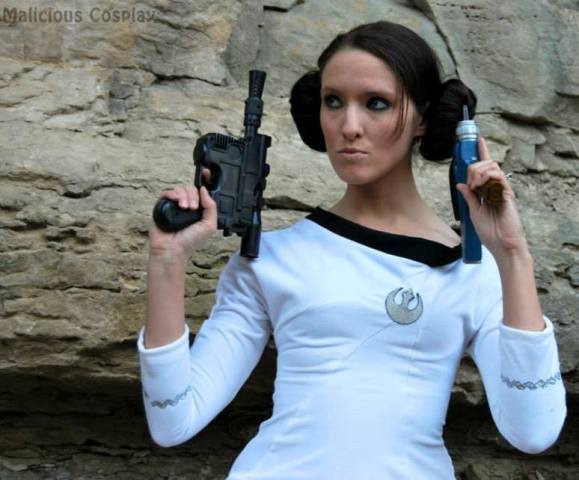 What are some other costumes that you’ve created?
– “Last night, I was wearing a Star Wars-Star Trek crossover. I was a Princess Leia-Starfleet Officer. I’ve done a female version of Scorpion, from Mortal Kombat. I’ve done one from Assassin’s Creed, those are just a few. I’ve done way too many to name.”

What conventions will you be headed to next?
– “I’ve got a lot of conventions coming up. I’ve got Wizard World Louisville, which is next. Then I have a small anime convention called Kami-Con, Fandom Fest, Gen Con Indy and MTAC, which in Nashville.” 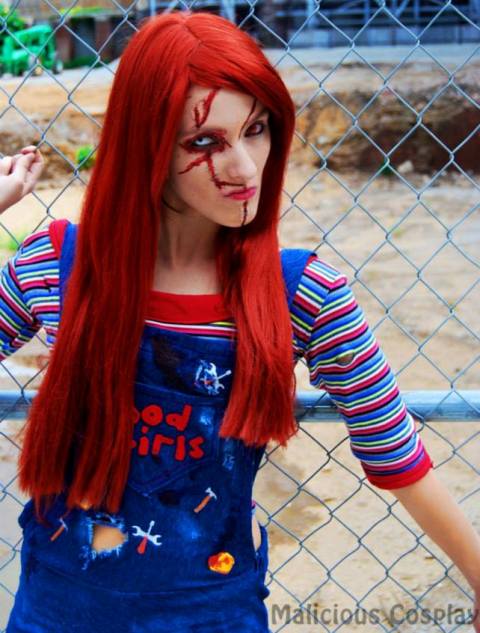