Cosplayer of the Month: MarieJane 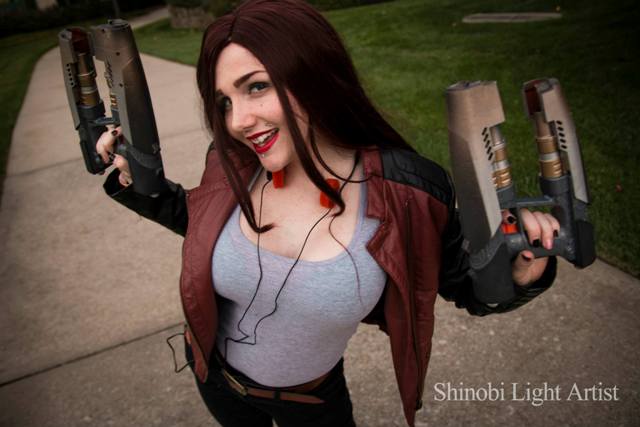 Per Matt
She has adopted different names in the past and you may recognize her under a different alias, but one thing is for certain: She sure loves to cosplay!

MarieJane is our Cosplayer of the Moth. In our interview, we discuss cosplay in the Music City, Marvel movie costumes and preview a few costumes she’s still working on.

First of all, how were you introduced to cosplay?
– “I had heard about MTAC back when I was in middle school and thought it was the coolest thing ever! I had always grown up watching Sailor Moon and DBZ, that the thought of getting a chance to BE these characters was just amazing.”

What was your first costume?
– “My first costume was a closet cosplay of Tifa Lockhart, not the best, but it was at least recognizable and people were super nice and complimented my likeness to the character!”

Do you make all of your costumes?
– “I wish I had that sort of talent. I’ve sewn and put together small pieces of costumes I wear, but I have to give props to my talented friends who I hire to do a lot of them, such as Con Artist Cosplay, Angelly Cosplay, and my friend Dean Winchester (yes, that’s his name, sadly no, it’s not the REAL Dean Winchester).”

Overall, how many costumes do you have?
– “I have in my possession about 20.” 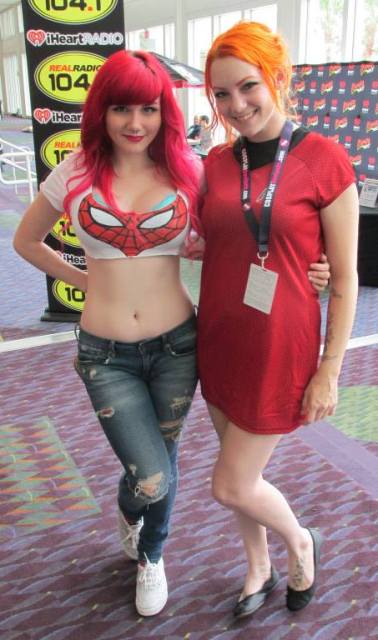 What costumes are you most recognized for wearing and why?
– “I’m most recognized for my Mary Jane Watson cosplay, from my comparison and relation to the character. I base a lot of my every-day look after her and just really get into the character, when I put the costume on. MarieJane just also happens to be one of my aliases. Like I mentioned, I’ve always been a HUGE fan of Spider-Man, ever since I was little. Since my middle name is Marie, I figured it’d be neat and catchy to combine the two.”

Is Mary Jane one of your favorite characters? If so, what do you like about her?
– “Absolutely! Aside from the fact that I purposely favor her looks, I feel like I relate a lot to her. She’s got a strong, fiery personality, even without superpowers. She always goes for what she wants and she’s got a certain sex appeal about her that I can’t quite place, but just love. Plus, she’s got great taste in men.”

Who are your favorite characters to cosplay and why?
– “Other than MJ, I also really enjoy cosplaying Blair from Soul Eater, for her fun-loving personality, and Daenerys from Game of Thrones. That’s one cosplay I was dying to do for the longest, because I just really dig her drive and strong feminine leadership, and of course, DRAGONS.”

Can you describe what it’s like to cosplay at events around the greater Nashville area?
– “The community is actually very small and loving. Everyone seems to be so positive and just gets into the joy of cosplaying. Just from going to conventions around the area, I have gained some of my closest friends. Nashville will always be my cosplay hometown, if that’s a thing.”

I’ve seen you at many events around the country. Have you attended any cons as a guest?
– “I’ve attended a couple cons as a promotional representative, mainly for Cosplay Deviants. Aside from that, I’ve never hosted my own booth. I suppose that’s because I never want to turn cosplay solely into a hobby for profit. I want it to be fun, and I don’t want to just be another female face under cosplay selling prints (not that there’s anything wrong with it at all, I just don’t feel like that’s me).”

How many conventions and live events do you usually attend a year?
– “Probably about six or seven a year.” 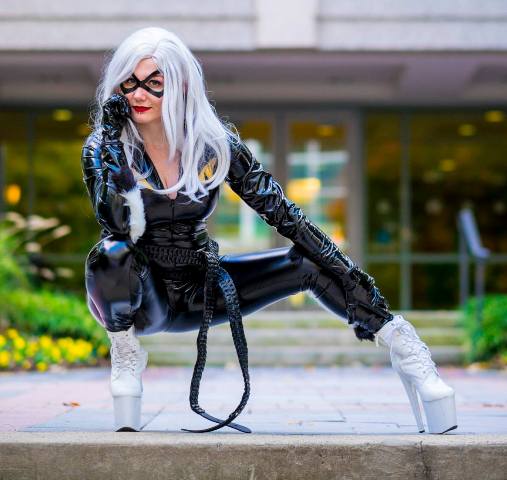 Are there any cons or events you attend every year that you’ll never miss?
– “Middle Tennessee Anime Convention and Geek Media Expo, because they’re my home conventions. Anime Blues Con, because i am often a performer there and their adult track is amaze balls! And after visiting Dragon Con for the first time last year, that is now always a must!”

Are you a comics fan? Are there any titles you regularly read?
– “I am a huge Spidey fan. I was actually a big fan of the newer Superior Spider-Man read. Now that that’s ended, I’m getting into the new Star-Lord comics they’ve been releasing.”

What kind of advice would you give to beginner cosplayers?
– “I’m gonna be all cliche and say, ‘Just have fun with it.’ It’s true. We all get our start somewhere, and whether you cosplay for money, for fun, for attention, for friends, for the love of the genre, etc. whatever it is, just do it and enjoy it. Who cares what other people may throw at you. You can cultivate so many friendships and so many fond memories.”

What are you currently geeking out to?
– “Lately, I have just been obsessing over everything Guardians of the Galaxy.”

Are you a gamer? If so, what types of games do you like to play?
– “I am! I don’t get to play as much as I used to, just because of life, but I am big into fighting games. I love Dead or Alive, BlazBlue, Virtua Fighter, Injustice, Soul Calibur. I also play things like Final Fantasy and the Silent Hill series. I went through a phase where I played Little Big Planet for nine hours a day, no joke. That game was wayyyy too fun.”

Looking ahead, what cons and events will you be appearing at this year?
– “I’ll be attending Con Nooga, MTAC, Momocon, Anime Blues Con, Dragon Con and GMX.”

Is there anything else you’d like to add?
– “Just that I really appreciate your time for the interview, and I hope to be able to add so much more to my cosplay list just for this year! Like Seung Mina, Rock, Castiel, and many others!” 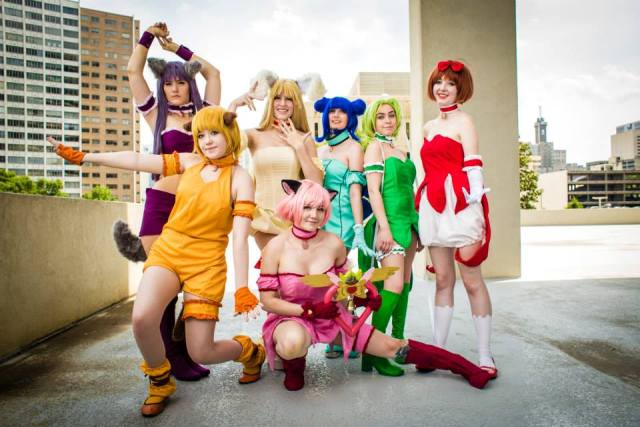