Cosplayer of the Month: Shannon Prince 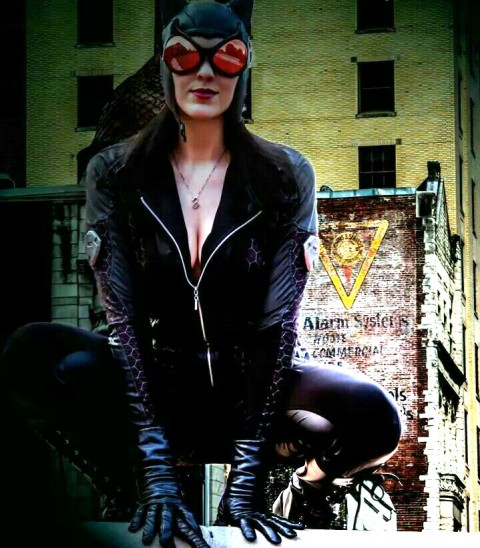 Per Matt
Shannon Prince is one half of Nashville’s Dark Knight duo and she is our Cosplayer of the Month. In our interview, we discuss the couple’s charity work, preview the upcoming Geek Media Expo and prepare ourselves for the Ghouls at Grassmere!

How long have you been a cosplayer?
– “I actually got into it about three or four years ago, when I met my husband. He’d been doing it since he was 15 years old. He’s always been a huge Batman fan. So, he said, ‘Let’s go to a con. Let’s dress you up.’ I said, ‘Sure. OK.’

“To be honest, the very first thing I wore was a really cheap Batgirl costume. I was looking around and thinking, ‘This is embarrassing. I can’t ever do this again. If I put on another costume, I’m actually going to have to drop some coin on it, because this is no good.’

From there, it led to trying to find an Ivy costume. I actually went through two different tries before I actually found the person who could make one that I wanted, in the style that I wanted.”

Do you make your costumes?
– “No. I’m not that talented. My hats are off to those who are gifted with making costumes. I just happen to look good in a costume. For those who are nitpicky about hand-made costumes: Yes they are hand made… just not by my own hands.”

What are the costumes you’re most known for wearing?
– “Right now, I’m most known for wearing Catwoman and Ivy, that’s because Ivy is the one that made it to the big screen several years ago and everybody knows Catwoman. But, I do have a Wonder Woman costume and I’m putting together a Baroness costume from the G.I. Joe cartoon.” 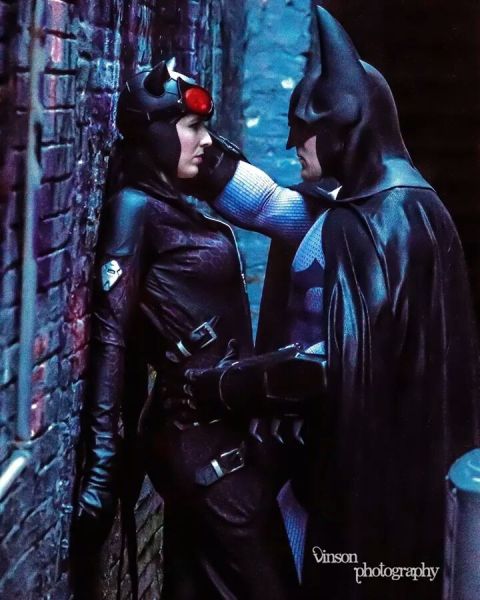 Is this your first convention?
– “No. We were here, last year, at Wizard World. That one was comical. The zipper broke on my Ivy costume, so I had to spend most of the day running around in a cheerleader outfit. That was interesting. We also went to GMX last year.”

Will you be attending the Geek Media Expo this year?
– “This will be our third year going to it. We’ll have a bat signal up and we might be doing a costuming Q&A.”

What are you looking forward to at GMX this year?
– “The parties are always good. We’re looking forward to hanging out with a whole bunch of friends, because it’s a little bit more of a relaxed atmosphere. We’re going to hang out, see who’s there, have fun at the parties, see and be seen. It’s just a great way to get to know people.”

How many conventions do you normally attend?
– “Five or six… sometimes we lose count. We do a lot more charity work than we do cons.”

Are there any upcoming appearances lined up for Nashville’s Dark Knight duo?
– “Actually, we’re going to be doing Ghouls at Grassmere for the Nashville Zoo. Last Saturday we did a 5K event with Dreams and Wishes of Tennessee and will be doing another event with them December 13th in Nashville. We are currently working something out for next year with the Children’s Hospital at Vanderbilt. There might be a Christmas parade. We’re still working on it.” 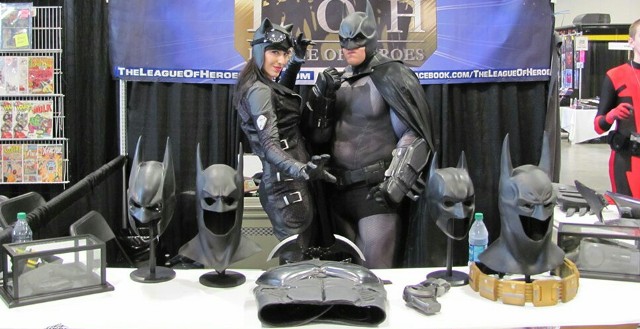 What can we expect from Ghouls at Grassmere?
– “A sugar-hyped-up craziness. It is a huge, huge deal. The zoo goes all out. I’m talking tens of hundreds of thousands of people, everywhere. I can’t even begin to count how much stuff there is to do there, because we hardly ever get to see it. We walk two feet, take a picture, walk two feet, take a picture… I think there’s a train ride, a movie room, a science-experiment show for the kids, there’s a dance tent… Last year, we were doing the Cha Cha Slide with the Gingerbread Man from Shrek. The kids loved it.”

You also do quite a bit of charity work, as well.
– “We did a Make a Wish event last November, for a kid. It was actually very fun. We’ve also done the Shelbyville Autism benefit a few times.”

Have the two of you ever teamed up with other Batman-related characters at events?
– “We did a con last year, in Chattanooga, with a group that dressed up as ’60’s Batman characters, including the Adam West Batman, the Burt Ward Robin, the Burgess Meredith Penguin… even though he wasn’t even around then, in the comic series or the TV show, we had a guy dressed up as what could only be described as Pimp Bane. That was hilarious.” 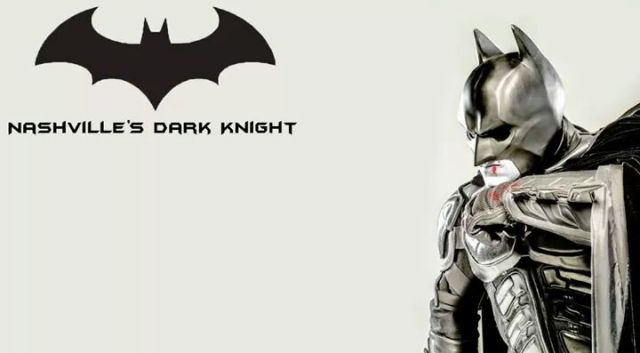 If you could give advice to beginner cosplayers, what would it be?
– “Be prepared to spend some coin. Do your research. Don’t settle for something that’s fast, cheap and easy. If you want to make waves or you want to be noticed for your hard work, you’ve got to save your money and put your coin behind it. You’re going to be sticker-shocked, so be prepared.”

“Be respectful to the character. Don’t ask us to do compromising things. Not to sound condescending, but when we are in character, we try our best to be that character. We don’t want to disrespect anything. He’s the Dark Knight. He’s justice. Don’t ask him to look like he’s lighting up a fatty in the bathroom, or something like that, because that has actually happened before. There’s a lot of goofy stuff we’re prepared to do, because it’s all about fun, but just don’t ask stuff like that.”

What does Halloween mean for a married couple who are cosplayers?
– “It means work (laughs).”

Is there anything else you’d like to add?
– “I’m still debating on whether or not I going to actually do a cosplay page on Facebook, for myself. Most people know him and you can find me through him. Pretty much, wherever he is, I am.”