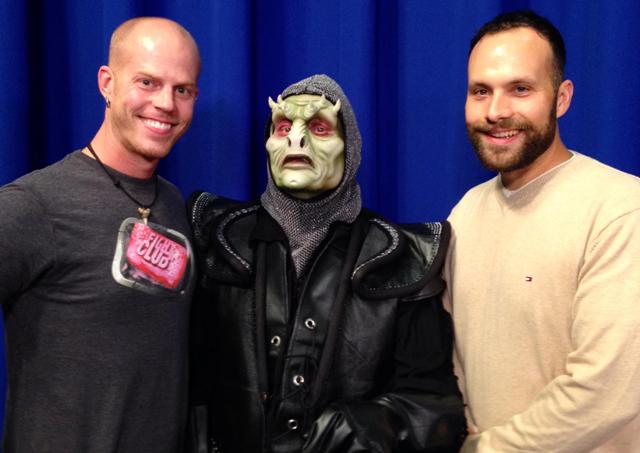 Per Matt
When it’s time to don your Halloween costume, one of the most important elements to creating a believable character is the makeup-application process. Teaming up with NECAT, Special Effects Artist Rick Prince offered the first-ever special-effects makeup master class with DEMONstration last week.

Mr. Prince taught and displayed different styling techniques and gave first-hand advice from his experience working on various Hollywood productions and appearing on the Face Off TV show that currently airs on the Syfy Channel. 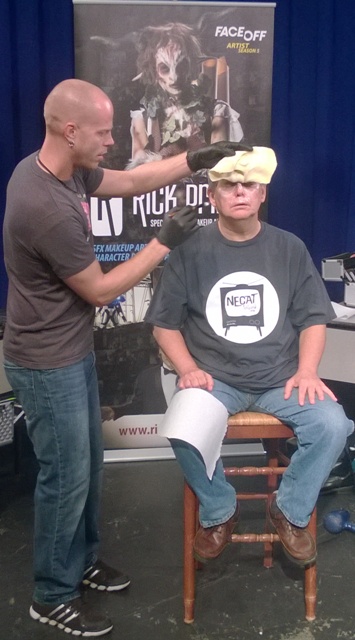 When applying makeup on other people, Prince notes some of the best advice is to constantly keep an open communication channel, to let them know what you’re doing and to make sure they’re comfortable.

During the interactive class, he also gave some pointers on which products were easy to apply at home for do-it-yourself Halloween costumes.

I had a great time getting an insider’s guide to the special-effects world and seeing the makeup application up close and personal.

NECAT is the Nashville Education, Community and Arts Television which is a nonprofit organization that exposes viewers to art and education programming and teaches people to make their own TV shows (while broadcasting them). 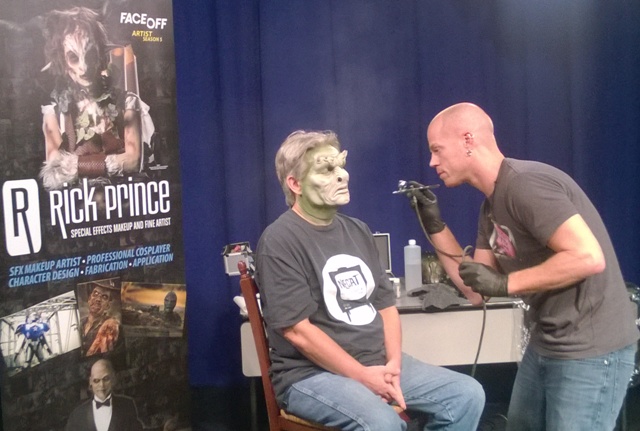 There are three public television channels that are included under the NECAT umbrella, including Music City Arts, iQtv and Access Nashville.

NECAT and Mr. Prince teamed up to integrate the makeup department into the local film community and to raise awareness at large.

This demonstration was filmed at PEG STUDIOS and was the first-ever master class to be offered by NECAT. A portion of the show will be shown on the Music City Arts channel throughout the Halloween season.

Zombie TV Camp was another recent NECAT class, and there will be many more specialty classes scheduled in the weeks to come. Stay tuned to NECAT’s social media to get more information about the next exclusive classes to be offered. 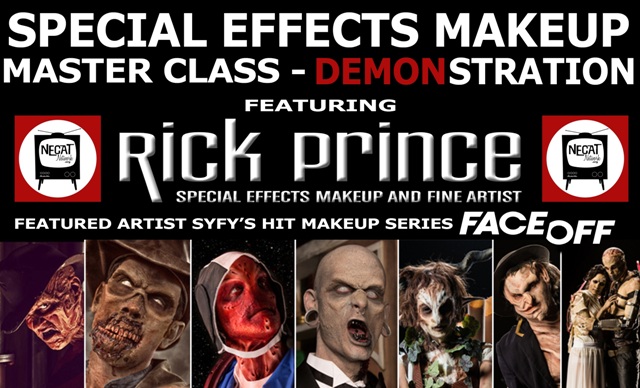