Cosplayer of the Month: Mandee Sim 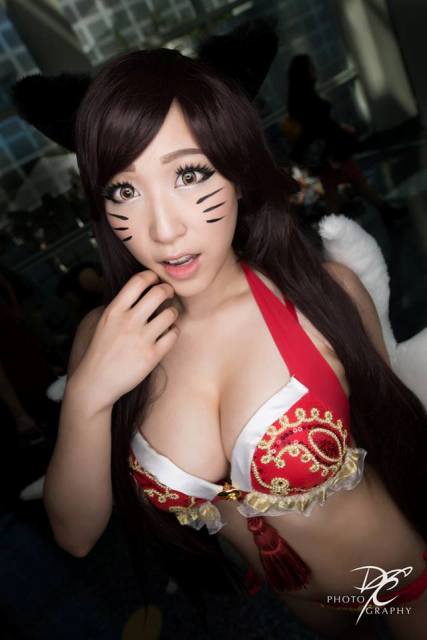 Per Matt
She’s a champion of anime and summoner of creative cosplay. Mandee Sim is our Cosplayer of the Month!

In our interview, we discuss her cosplay creations, compare the conventions of her home country, Canada, with those in the United States and look ahead to the future events she’ll be attending.

First of all, how were you introduced to cosplay?
– “Hmm, I’m not sure? I think for a while, I’ve seen many people cosplay characters and thought it was cool, but I never did anything with that though. My brother’s girlfriend is really into cosplay, and seeing her made me want to try it!”

What are some of your favorite cosplay inspirations?
– “I get inspired by a lot of things. It can be from people, looking at some really cool concept art, some idea I read about or I just randomly think of stuff. Probably the way I’m inspired usually is while I’m watching an anime and then I see something that intrigues me on the screen and I’m all like, ‘YES I MUST DO THIS YES YES!'”

What was your very first costume?
– “My answer to this question kind of varies. My VERY first time EVER cosplaying, I was around 16 years old and I bought a blue gingham maid outfit from a Halloween store, borrowed a blonde wig, made Chobit ears from craft foam, from a tutorial online and put it on and was like, “EY I’M CHI!!”

“The first time I made anything worth noting about was around the beginning of 2013? I saw an online photo of the SNSD Ahri skin art and decided that would be a cool cosplay to do. I hand sewed all the tails, I didn’t know how to use a sewing machine at the time haha. I think the first and only time I ever wore it was at Calgary Comic and Entertainment Expo 2013. I still use those tails for my Ahri cosplays today, but I’ve upgraded them to be able to stand up since that time.” 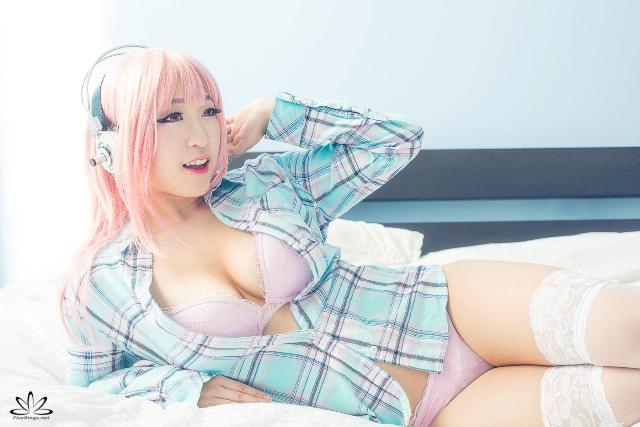 How long have you been cosplaying?
– “Ahh I don’t really know for sure. Around 3 years since that time I made SNSD Ahri/the first time I went to a big convention (AX2013). Time really goes by fast, damn.”

Do you make all of your costumes?
– “Generally, yes. I have bought a costume before, because I thought it was cute and decided to wear it, but I did not say I made it. I also have some costumes that are practically entirely made by me. Sometimes I get confused about this question because I follow words very accurately. I do not make the thigh-high socks and shoes that are seen in some of my cosplays, but if I did a particular cosplay where the socks/shoes were special, then I make them. So simply put; there are some things that I do not make, but there are also a lot of things that I do make.”

Overall, how many costumes do you have?
– “Ahh I actually don’t know, sorry. I never count my costumes, I just create cosplay and do it.”

What costumes are you most recognized for wearing and why?
– “Probably Super Sonico. I think it’s mostly because it’s the character I cosplay the most, and the character I show the most love for.”

Who are your favorite characters to cosplay and why?
– “Super Sonico! I feel so natural cosplaying her, I forget I’m even wearing it.” 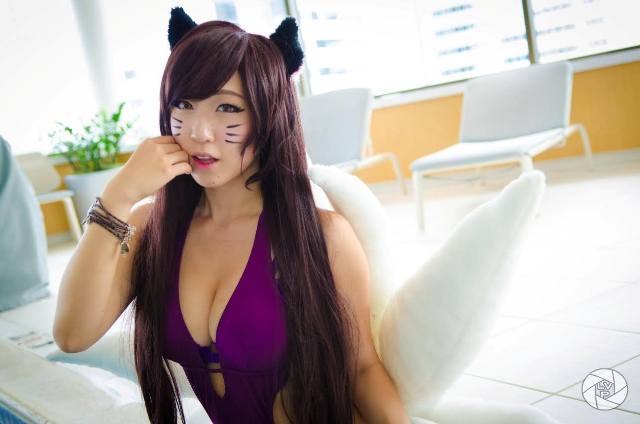 Are you currently working on any new cosplays? If so, can you preview them for us?
– “Right now, I’m in the process of planning out my cosplay plans for the year! I have so many ideas, it’s hard for me to choose.”

You’re based in Canada. What are the biggest differences between cosplaying there and in the United States?
– “Canada’s anime conventions are generally smaller than the ones in the US. To be honest, I haven’t really attended an anime convention in Canada in years, so I can’t tell you anything based on personal experiences. I think the anime scene in the US is much larger, which is what attracted me to going to US cons.”

What kind of advice would you give to beginner cosplayers?
– “Cosplay has no rules! Cosplay what you want, create it how you want to and wear it as you please!”

Are there any cons or events you attend every year, that you’ll never miss?
– “Anime Expo for sure!”

Do you ever host cosplay panels at conventions?
– “Nope, I haven’t. Maybe that will change soon? Who knows!”

What upcoming conventions or events are you planning on attending in the near future?
– “I think I’ll be making a small appearance at Edmonton Expo end of September, then I’ll be a guest at Akihabara Expo in December. I’m planning on going to Fanime as well, Anime Expo for sure, and I really want to make it to next year’s PAX Prime! Not sure if I’ll be attending more cons.” 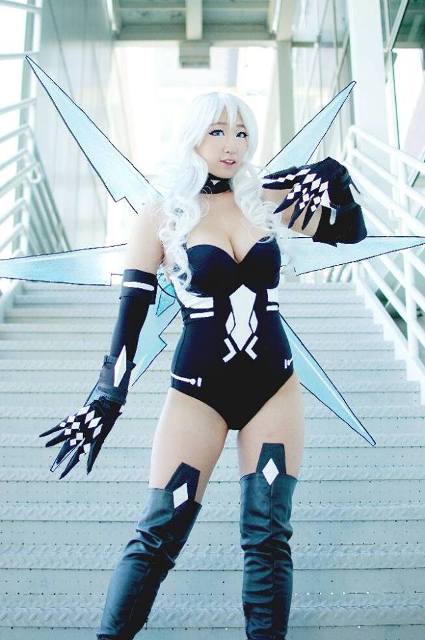 What are you currently geeking out to?
– “Anime. I geek out to anime every day of my life. At the moment I’m watching Shokugeki, Shimoneta, Monster Musume, Rokka no Yuusha and others.”

As an anime fan, what are some of your favorites?
– “My favourite animes are HunterxHunter, Kenshin, Full Metal Panic, Nana (manga), Nisekoi … Those are the ones I’m thinking off the top of my head, but there’s so many I have watched and love, it’s hard to list all at one go.”

Are you a gamer? If so, what types of games do you like to play?
– “I game casually. I generally like MMOs/MMORPGS, RPGS/JRPGS, but I play anything. Some of my favourite games in no particular order: Chrono Trigger, FF7, FF9, FF10, FF12, Legend of Dragoon, Super Mario RPG, Pokémon Stadium, Hey You Pikachu, Pokémon Snap, Pokémon Yellow, Star Ocean 4, Ragnarok Online, World of Warcraft and Gunbound.”

Is there anything else you’d like to add?
– “Thanks for the interview!”