I don’t often have anything complimentary to say about big-studio horror movies. Most end up being watered down, PG-13 knock-offs of popular themes in the genre with a certain degree of fan service and pseudo-self awareness meant to be clever, but that always makes the cast and writers look like buffoons.

The Conjurverse (The Conjuring, The Conjuring 2 and Annabelle) falls into this category, with very few exceptions across the three films so far in its canon. To add to this reputation of superficial, unimaginative horror, you’re selling the stories as “Based On True Events” from the files of Ed and Lorraine Warren, who have a contentious reputation as charlatans and frauds in paranormal circles. All of this aside, sometimes it just takes a while to get some momentum before you really take flight.

Annabelle: Creation begins setting tone and atmosphere from the opening credits and punches you right in the expectations in the first 10 minutes. I was honestly shocked. I rolled my eyes as the house lights when down and the film began because I was expecting more of the banal and unoriginal. But this film pulled out all the stops in terms of pacing and storytelling. The film focuses on the Mullins family, who open their home to a small group of orphan girls in the wake of their daughter’s tragic and sudden (not to mention a bit shocking) death at the start of the film. 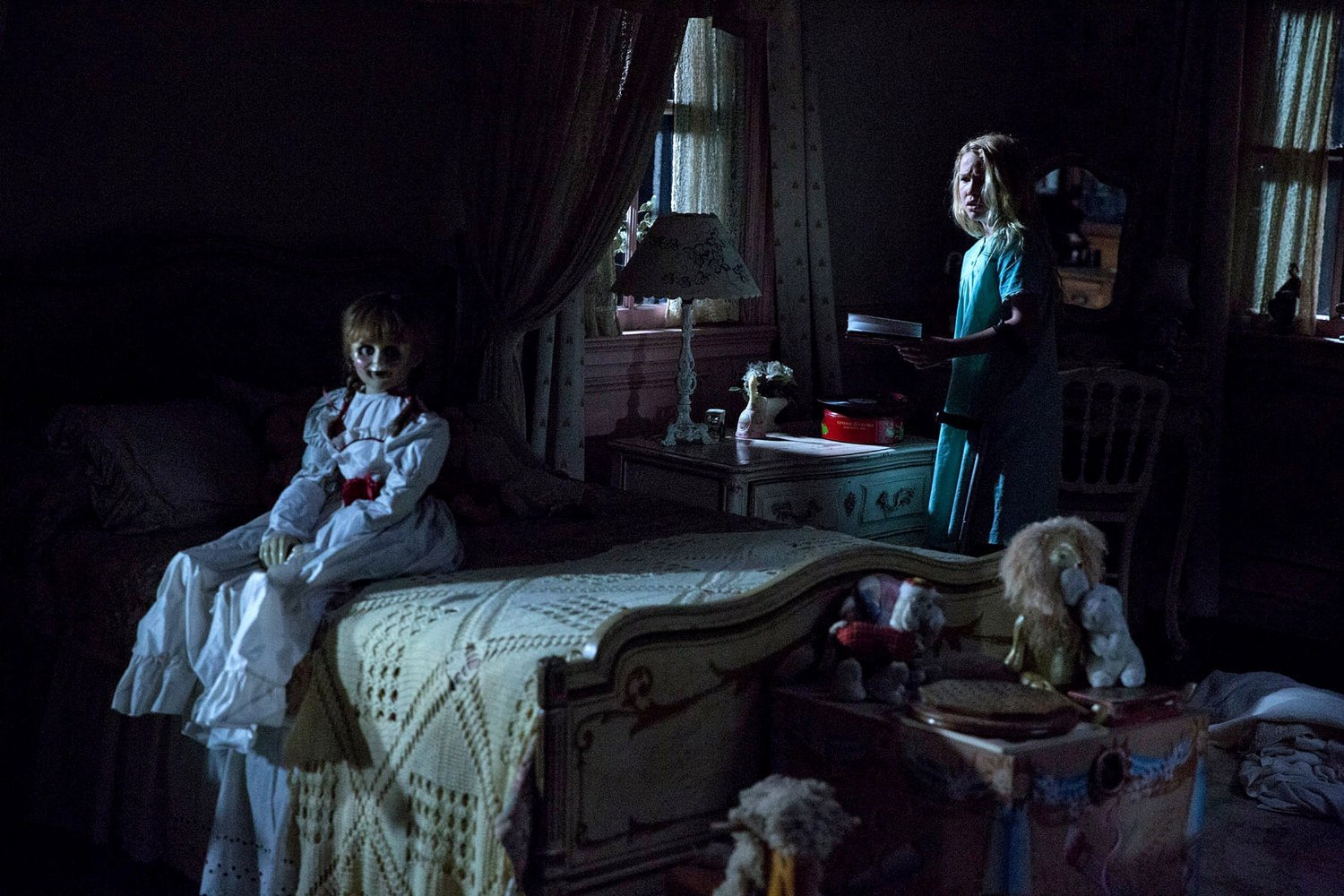 It becomes apparent very quickly that there is something wrong in this house and, despite the urging of one of the girls named Janice to Sister Charlotte (the nun in charge of the group), that they should leave, her pleading falls on deaf ears. Our Lady of Perpetual Denial, Sister Charlotte, waits until the old farmhouse in the middle of nowhere has become a blood-soaked battlefield before joining the youngest of the girls in battling the unimaginable evil inhabiting the doll.

Now, the plot is pretty simple and very familiar but, in spite of that, finds ways to absolutely horrify audiences with fake-out jump scares and an atmosphere that screams, “Get the fuck out of this house!” Shot more like a classic ’80s horror movie with more static, close-up shots and far less jerky camera motion and feigned character development, the movie had me on the edge of my seat. As a seasoned horror fan, I knew what I was watching and was familiar with the formula and the techniques being used to evoke an emotional response from me. A constant barrage of loud, unsettling noises from the creaking old house and more than a few unanswered screams kept my nerves frayed. While the special effects were almost exclusively digital, I still found myself enthralled in the appearance of the demon. And the girls were all phenomenal, giving some of the most powerful — and creepy — performances I’ve seen from kids.

Annabelle: Creation also did its fair share of fan service, connecting the prequel to the other films in the series and offering Easter eggs both to the other movies, as well as the alleged true events described by the Warrens. It’s definitely the scariest thing I’ve seen from a major studio like Warner Bros. and probably one of the creepiest movies I’ve seen in theaters in a while.