Is The Curse of Oak Island Any Closer to Being Solved? 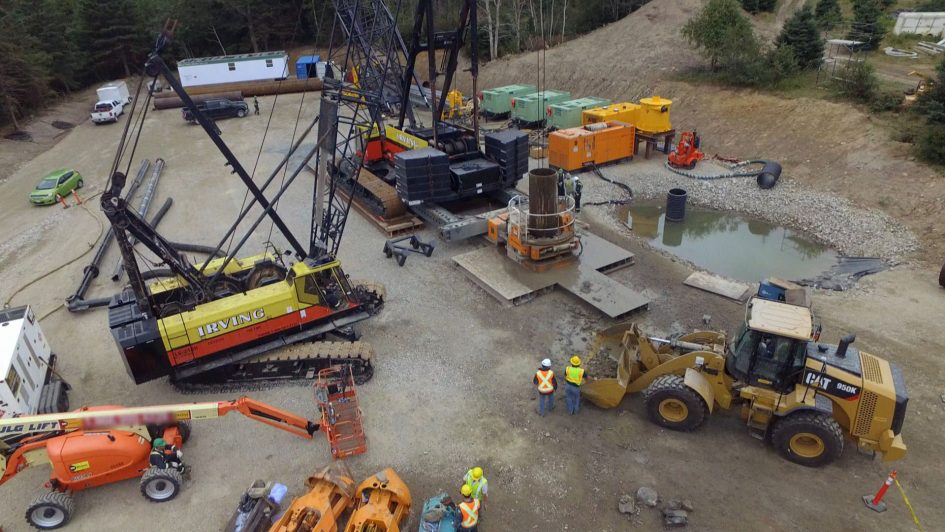 Heavy machinery excavates The Money Pit on The Curse of Oak Island.

If there’s one thing The Curse of Oak Island resolved in the two-hour season finale, it’s that Marty, Rick and the rest of the treasure-hunting crew keep getting closer… but to what? For the most part, the only answers they’re getting are more questions.

Ten years of planning, four years of digging and 221 years of mystery have led to the Season 4 finale, Blood is Thicker. This year, the team has spent $2 million in hopes of resolving endless speculation. Ultimately, the team discovered a few new locations to search on the Nova Scotia island and eventually dug four massive holes looking for a possible treasure vault. They hired a professional diver to look and feel about the murky waters of the Money Pit, in addition to multiple crane operators, a professional metal detector, antiquities experts and plenty of people with ridiculous theories (along with a few credible ones), trying to guess what lies just below the surface. Uncovered were bits of a gold chain, 17th century Spanish coins and a gold-plated button that could have come from British soldiers who may have camped out on the island at some point. Mostly, they found a lot of frustration and very few answers.

Exactly what is hidden on the island?

Depending on whom you ask, you might just find:

Most likely scenario: Nothing will be found. Maybe the few items found were planted. Maybe the treasure has already been found. Maybe something is still there. Or maybe nothing was ever there in the first place. This is reality TV we’re dealing with here, by the way. You never know what is actually real and what is staged. The only thing that’s certain is the TV show is a history lesson that’s constantly being redefined.

Earlier episodes revealed Researcher/Historian/Author Zena Halpern uncovered a few medieval maps with detailed locations on Oak Island. But she was nowhere to be found in the final episode, even though she seemed to have found some very important evidence, appearing in multiple episodes this season. Even stranger, the crew wrapped up digging as their equipment threatened to jam after hitting what might have found same treasure vault that was previously found in 1897, before an auger bit was broken and the shaft was later flooded. Naturally, this symbolic deja vu happened at the last episode of the season. What’s inside the metal casing? Will the newly dug shafts hold throughout the violently cold winter months? Will the guys ever find something conclusive to solve the mystery? Tune in next year to find out.

This season, the group tried to prove there was something in The Swamp (and succeeded), tried to prove that Smith’s Cove artificial beach was real (maybe — something’s there for sure) and performed a large-scale dig in The Money Pit to find answers (revealing vague answers). Rick thinks the best place to hide something is in plain sight and he may have a point, there. The thing about Oak Island is… nothing is ever simple. Or definitive.

As everyone gathered within The War Room at the end of the episode, they all declared victory for this season and each one was emotional in admitting they knew there was treasure located there, somewhere. With winter quickly arriving, they will resume their search next summer. It’s only a matter of time before the truth will surface and Oak Island’s curse will finally be reversed. But it’s looking unlikely any huge treasure cache will ever be found. That doesn’t mean the show isn’t fun to watch, because this viewer is enthralled with the possible history… not so much uncovering the mystery.