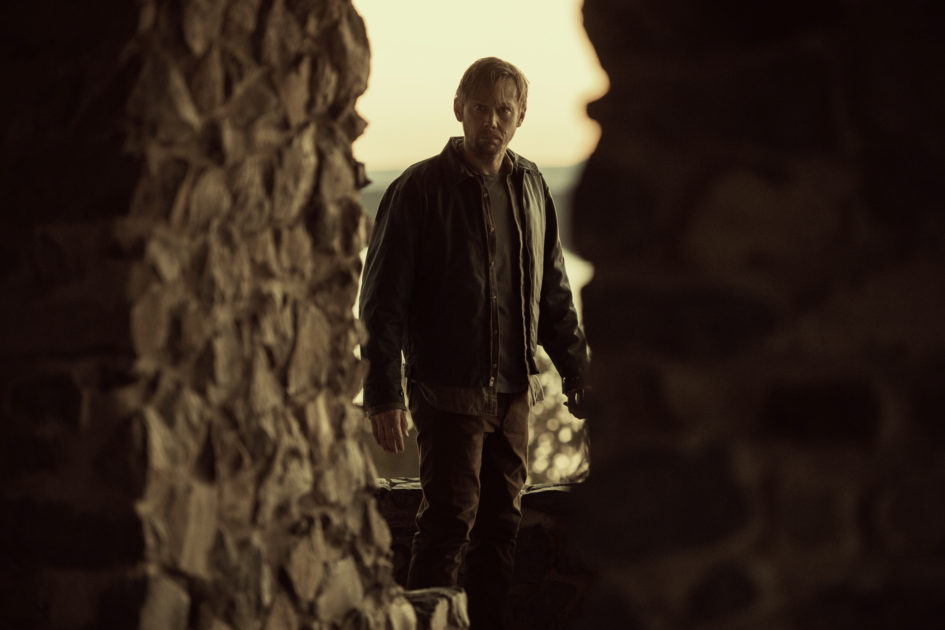 Jimmi Simpson's character is stuck between a rock and a hard place in the EPIX Series, Perpetual Grace, LTD.

Per Matt
As the opening quote by Alfred Hitchcock sets the tone for the series premiere of Perpetual Grace, LTD, the modern noir drama opens as a son is disowned by his parents, looking for a disillusioned random person to commit a crime, getting involved with identity theft and a possible murder plot, as well as a complex story twist. All of this happens within the first episode, “Eleven.”
James (played by Jimmi Simpson) is a loner, seeking an “easy” $2 million payday by kidnapping a couple of old folks, so their son can claim the funds from a “crooked church account.” Ma and Pa are not your typical preacher and wife couple, as something is dark, hiding just below the surface, hidden within themselves. Pa (Academy Award winner Ben Kingsley) curses and doesn’t believe in God, but does believe if you want to change your life, that’s true character. Ma (Academy Award nominee Jacki Weaver) and Pa have been helping drug addicts mend for 30 years, so it’s not a big deal when James randomly shows up.

“This is gonna be easy. They’re just a couple of old people.”

The washed-out bleakness fades into warmer colors of the first episode, as the drugs are weened out of James’ system. The main theme of the series seems to involve people looking for a new start, but what about their true evil intentions?

Terry O’Quinn’s late entrance into the pilot is the main reason I’m interested in this series, creating a singular ray of hope for the viewer, as there’s so many shades of darkness surrounding everybody else, it’s easy to root for his character. O’Quinn’s no-nonsense Texas Ranger doesn’t quite follow pop culture references (although the Walker, Texas Ranger joke was really funny), but he does follow justice, as a new development may have reopened a cold case. The other character I really enjoyed watching was Glenn Pirdoo (played by Dash Williams), the 15-year-old with a bad vocabulary who has elected to drop out of school in order to run his father’s run-down pawn shop. Calm and wise beyond his years, Dash brings humor and believably into a humorless and painful situation. 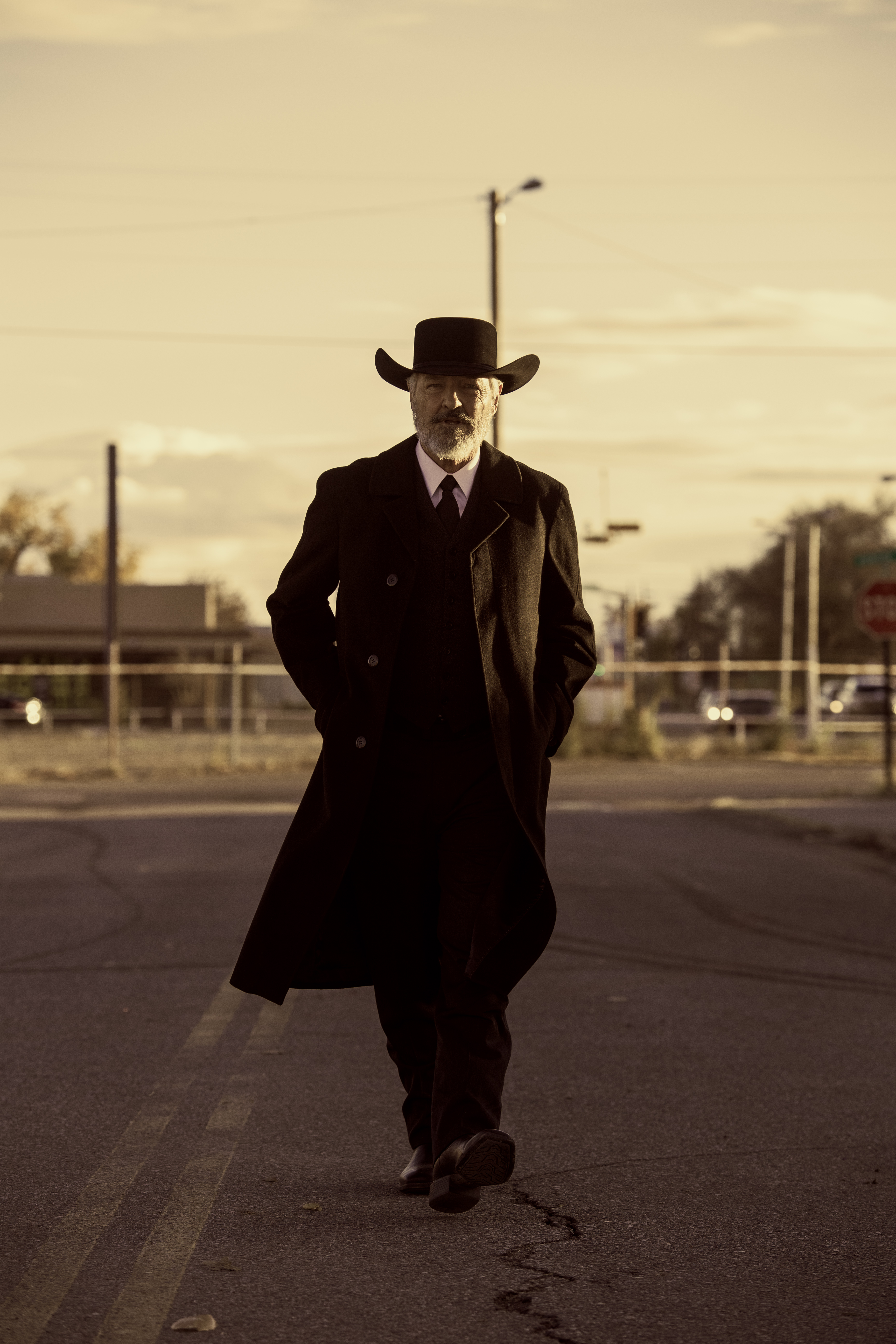 Half Acre, New Mexico seems to house a lot of wicked, desperate people, but they’re not the only focus, as a crooked jailer in Mexico works his way into the picture as well. The relevance grows for Luis Guzmán’s character, as the story’s intricate plot seemingly changes by the minute and the jailer must constantly make adjustments, when dealing with Pa.

Numerous warnings are planted into the overall storyline that that Paul Allen Brown is beyond evil, but what kind of parents would raise a child like that? And what if, by some miraculous chance of fate, it’s the parents who are actually the evil ones? Flashbacks slowly unpeel James’ backstory, which are fine, but I want to know more about the absence of Glenn’s asshole father, who’s the real villain here.

The series premiere airs on Sunday, June 2nd at 10 PM ET/PT. The second episode, “Orphan Comb Death Fight,” which might be the best television episode title, ever, focuses a little more on the real Paul Allen Brown (Damon Herriman). The confusion mixed with the revelations within the last four minutes of that episode is priceless. There’s dark comedy elements mixed in with all the drama, but through two episodes, it’s the supporting characters who are shining the brightest so far, throughout the rest of the darkness.

Showcasing premium programming, EPIX features the crime-comedy series Get Shorty, the taut spy thriller Deep State and the excellent docuseries, PUNK. If you don’t receive the EPIX station in your cable or satellite package, you can use the EPIX NOW app for Apple and Android devices to watch the channel’s programs. It’s $5.99/month, but users can get a free seven-day trial. So, there’s no excuse in missing out!