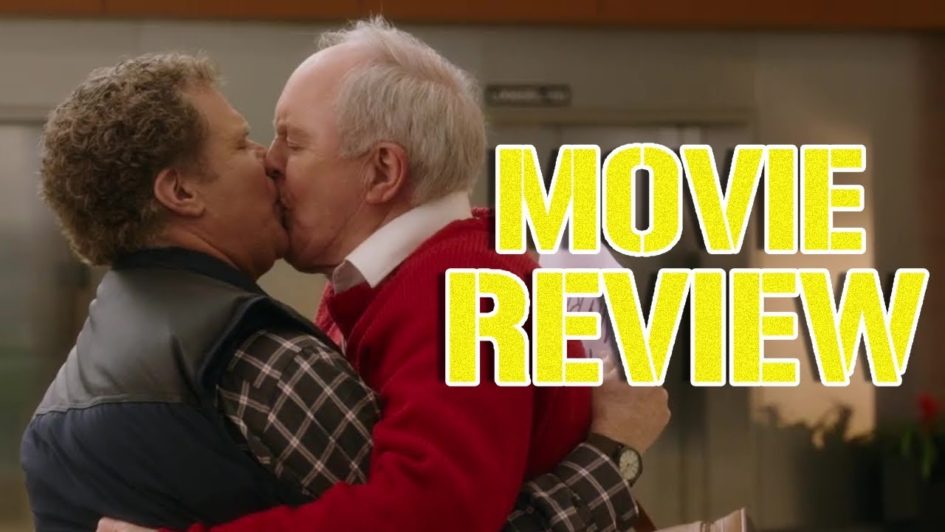 Daddy’s Home 2 reunites Will Ferrell and Mark Wahlberg for more slapstick humor. This time around, Mel Gibson and John Lithgow join the cast playing their respective fathers. They all decide to join up and have one big Christmas so the kids aren’t shuffled around all Christmas, basically giving  the cast an excuse for personalities to clash.

Mel Gibson plays the completely unlikable father of Mark Wahlberg. He spends the entire film stirring up tired and unnecessary drama. John Lithgow plays Ferrell’s father and was under used in the film. His performance was actually sad and touching at times. Unfortunately, this is a comedy, not a serious character study on late-in-life crisis. Ferrell is back to physical humor, again, in this film. I’ve seen Will Ferrell do the slapstick thing far more effectively in other films. His character never quite works in the Daddy’s Home movies. Ferrell always seems as if he is suffering from some kind of mental disorder that I can’t quite place. John Cena also guest stars in the film, playing Wahlberg’s step-daughter’s dad. While John was able to save the trainwreck that was Trainwreck, even his comic prowess can’t do much for this film.

I soon found myself wishing the movie was over and would have left mid-way through if I hadn’t been reviewing the film. One of the main problems the film has (besides just not being funny) is it is fairly anti-climatic. The end is kinda, well, just the end. There isn’t a real problem that is solved. There isn’t a happy ending or really an unhappy ending. It’s just a series of bad comedy sketches laced together. The film relies heavily on two characters acting uncool (I’d actually go with mentally unbalanced) and two characters reacting to what they do. Mel Gibson’s character is the catalyst through the film — even though he really isn’t doing much more than setting the slate for Will Ferrell to act like a child — and Lithgow encourages that behavior. Ultimately, this makes the film feel as if there is not buildup to an ending, just a bunch of random things that happen.

Not only that, but there is so much that was underdeveloped in the film. Mel Gibson’s character and his relationship with Wahlberg’s character is beyond strained. John Lithgow and his life back at home are apparently in shambles. John Cena steps in at the end and there is definitely something going on with Mark Wahlberg’s wife. Not to mention all the small subplots with the fathers and the children. None of these stories are properly explored or given any kind of ending. Structurally, this film is just a big mess, so on top of it not being funny, it also just never pays off any of the storylines. The best I can say about this movie is, I’ve seen worse.

Ultimately, if this was a film you were thinking about enjoying this Christmas, I’m going to advise against it. This film just isn’t funny, has poor structure and under uses its best actor. Instead, gather the family around for a classic like Christmas Vacation. I give Daddy’s Home 2 two stars. Daddy’s Home 2 is now playing in theaters. Check you local listings for times.