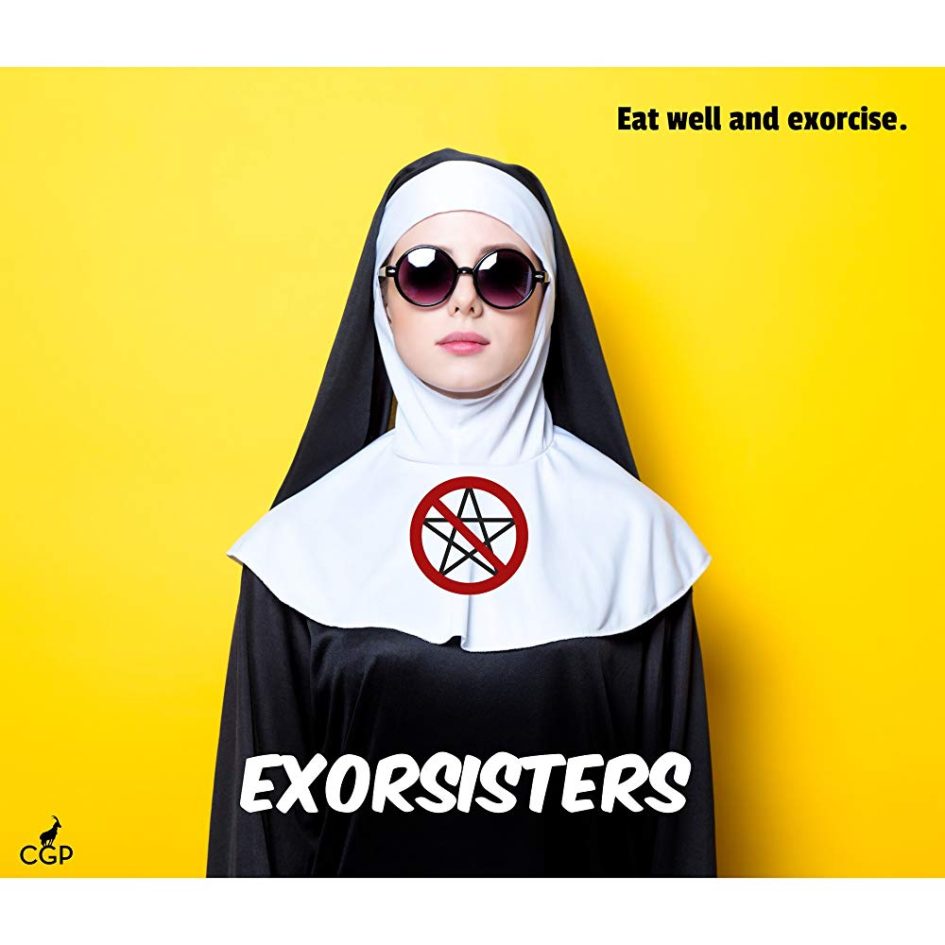 Nuns, puns and a touch of Troma. That’s what you’ll find in the new web series produced by the shock cinema powerhouse. Exorsisters is a surprising addition to Troma and its ever-expanding library of independent film. The story of three disgraced nuns battling demons in the big city, while adjusting to life outside of the church has so much potential for comedy, horror and blasphemy that you can’t help but be hooked from episode one. Add in a disinterested Jesus, a sexy Satan and a waspy alcoholic mother and you have something phenomenal happening.

Sister Kristen goes on Fox News to expose the truth that demons have invaded and are trying to bring about the end of the world. But, since she didn’t get the holy thumbs up from the church, she’s been suspended and has to move back in with her boozing mother. Located by the (temporarily) possessed Sister Mary and confused Estonian Sister Svetlana, and armed with a blessed dustbuster that can literally suck the demon out of a person, the trio decides to work together to save the world. Meanwhile, God decides to send his only begotten son back to Earth in an attempt to understand how and why this is happening. But don’t expect Fabio from the paintings hanging up in your grandmother’s house. As Jesus, himself, is quick to point out, he’s a Middle Eastern Jewish man in his 30s who sort of stumbled into this whole “savior of humanity” bit on accident.

Exorsisters  is only in its third episode, but is already proving to be something incredible. Funny, crass, sacrilegious and bizarre, the show has a lot of potential. The production value and cinematic quality of the series is much better than what you’d expect to see from a Troma production. I love Troma, but part of its charm is that so much of its catalog resembles straight-to-VHS ’90s B-movies. Exorsisters still has that very independent feel to it, while not diving straight into the campier end of filmmaking. There’s also been a distinct lack of gross-out gore and superfluous nudity which, granted, holds a certain appeal, especially in horror and horror-comedy, but it’s early still. The musical soundtrack is limited mostly to the opening and ending credits, but what we get is relevant to the episode and very cool.

The performances are solid, as is the writing and direction. Pearson Jenks and Nickon Hemati, the show’s creators, have really captured something here. In short, Exorsisters is a great addition to the Troma label and the ongoing mission of Kaufman and Herz to give the Hollywood establishment the finger with everything they have. The series is running exclusively on Troma’s YouTube channel,which sort of surprises me. You’d think something this good would be exclusive to their Troma Now! service. But, being on YouTube, there’s really no excuse not to go and check it out.

As an added bonus, check out episode one right here!