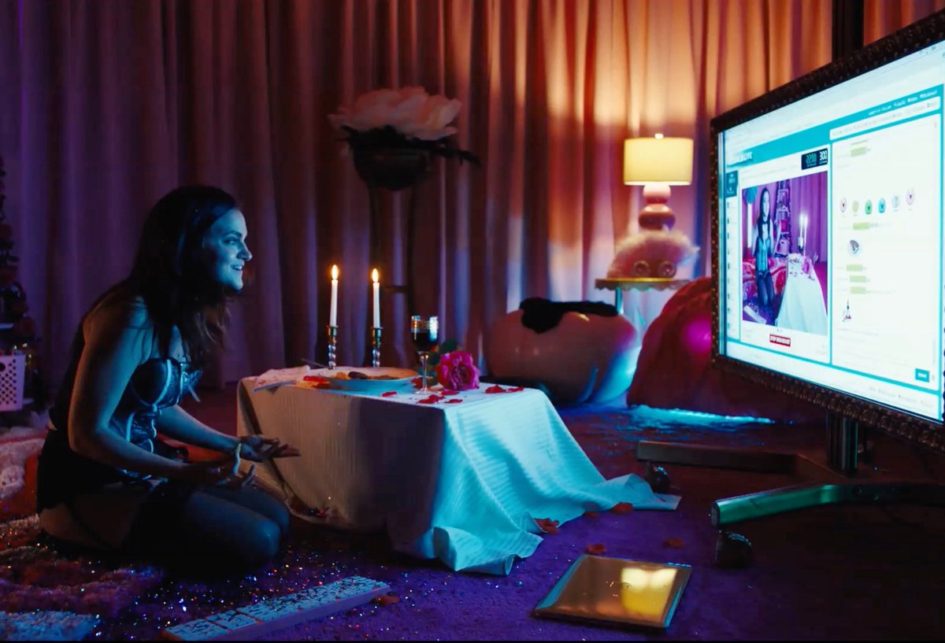 I have to be honest. I didn’t watch the first Unfriended until a few days ago. It was probably OK on a big screen. But when you use much of your time typing, instead of acting, you need type big enough for every person to read it. I have a 70-inch TV and could not read the type, so the first one was frustrating and I haven’t even talked about the plot. But that doesn’t really matter, because it isn’t relevant to Unfriended: Dark Web.

Like a few movie series, this one has its own storyline each time. No wonder, since the same people who made The Purge series are responsible for the Unfriended series. You can see some touches of The Purge in this film. Since I’m a big fan of The Purge series, I was hopeful the Dark Web would be an upgrade. Sure enough, it starts out typing and Skyping. There was a lot of rebooting and typing along with some sign language. I didn’t mind the sign language, but the rebooting and typing was really annoying. Maybe that was intentional to get you in the mood for the rest of the movie.

Once again, there are friends, one by one, joining the first characters. I give them extra points for playing Cards Against Humanity via Skype. I love that game and may have to try that sometime. Someone in the group is lying to the others. So much for trusting your friends. We learn about each character until the movie takes a turn.

This is where the movie really gets really twisted. The dark web rears its ugly head. Disbelief sets in, but our character is keeping a secret that must come out. A series of live feeds and terrifying, easily tampered video have terrible consequences. At this point, I actually start to like the movie. The audience in the theater is also feeling the the movie. Somewhere inside, we don’t really want to like it, but we can’t help ourselves.

You hear about the dark web, but few of us actually know just how dark it really is. Is our imagination more powerful than the truth? Now we have ads on TV that will check the dark web to see if someone has our social security number. Is that what the dark web really is, or is it the snuff films? Do people really put out contracts on other people? How deep and dark does it go?

That is what makes this sequel most effective. A combination of your own imagination and not knowing the truth allows for your darkest fears to creep in. After all, only you really know what really scares you. Despite the somewhat wasted space at the beginning, the finish makes up for it. So, if you didn’t like Unfriended, go see Unfriended: Dark Web. Let your imagination go wild. Keep looking over your shoulder when you leave. You never know what’s lurking just out of sight.