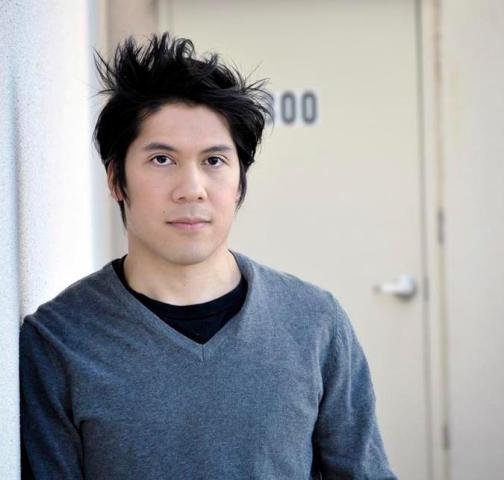 Per Matt
Justin Rojas is a busy, busy man. When he’s not on the road, frequently attending conventions or other live events promoting Funimation, he’s back at the office working on the next promotional campaign, or filming The Funimation Show. It’s a wonder he has any time to catch his breath, watch some anime or practice martial arts. Mr. Rojas spoke to me at San Diego Comic-Con to discuss his multi-faceted job, reaching out to the Geek community and updating Funimation’s Webpage to build a better anime community.

Can you tell me a little about your job?
– “What I do at Funimation is a lot of different things. Currently, I handle our Social Media department as well as Strategy and Development for new ventures, when it comes to working with new partners, socially, or just spreading the word of Funimation. I work very heavily with our PR team to maximize our overall exposure, whether it be with the paid advertising side of things (I don’t handle that, but I support that) or events and conventions or screenings or whatever the heck we might need to do.”

I’m guessing your job frequently keeps you on the road?
– “Yeah. I’ve been through a lot of different conventions and events this year.”

How many?
– “Maybe 15 or so, for the year. Some of them longer than others. These events are pretty cool. Next month, I’ll be out for at least 10 days straight, on three different trips. They just happen to all be consecutive.” 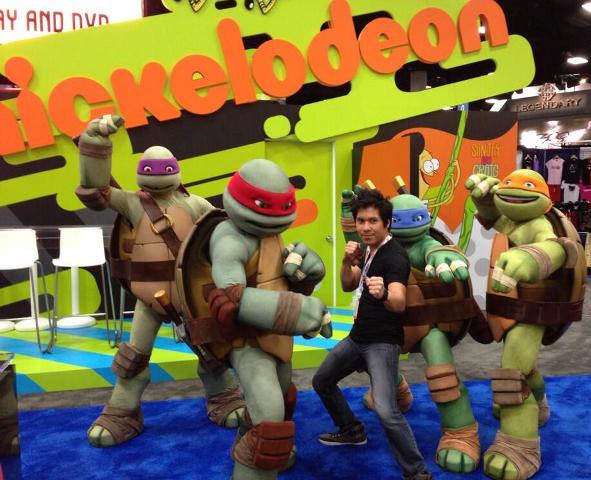 What’s the best part of your job?
– “The best part about my job is probably going and meeting new people. That’s the one thing I really like to do, whether it be a new partner to potentially work with or a guest we can work with on The Funimation Show, we’re very diverse in trying to utilize people to best promote Funimation. The best thing about going to these conventions and events is meeting the people and strategizing how we can best help each other.”

What happens during the average day at the Funimation office?
– “It varies, very heavily, now, especially with The Funimation Show. I’m a host on The Funimation Show with Scott Porter and Jamie Marchi. There’s some filming involved. Aside from that, I do a lot of emails. A lot of my time is just spent in front of my computer. I spend a lot of time in spreadsheets in lots and lots of meetings in the office to talk about new promotions or strategy for a new product. That’s the general gist of it, but every day’s different. I almost don’t plan my day, because things happen on the spot so often, that you just can’t plan it.”

What’s your all-time favorite anime?
– “I’m bad with favorites. If I have to pick the most influential on my life, I would have to say Dragon Ball Z. It’s been a big influence on me growing up. It’s one of the reasons I’m here, right now, doing this job. It’s the reason I got into martial arts. I was at that age where that was the first more-serious content that I started ingesting, and I’ve developed a lot from there.”

What’s the determining factor for Funimation to appear at different conventions?
– “Depending on the attendance size, it’s one of the biggest factors where Funimation goes. When it comes to people doing panels or being a guest, that can vary. I’m going to Denver, going to Nan Desu Kan, as a guest, because the convention’s flying me out. If a convention wants Funimation there, in that sort of presence, we’re always willing to have somebody go and represent, if they cover the cost, of course. When it comes to us bringing a booth out, there’s heavy costs associated with that. It just needs to be as viable as possible, within our budget and timing. We go to about 20-something or other odd cons, where we have booths. It’s a pretty heavy schedule.”

Where will you be headed next?
– “After San Diego Comic-Con, I’ll be headed to San Francisco for the J-Pop Summit and the Japan Film Festival that’s happening out there. We’re showing a couple of movies: Evangelion and Wolf Children. I’m going out there to try and make some new contacts, maybe get some quick interviews with the guests and put a little table up and have a Funimation presence out there.”

Will Funimation be attending DragonCon?
– “I think we have some panels going on there. I don’t believe we have a booth there, this year.”

What’s the upcoming anime release schedule look like?
– “We’ve got a lot of new stuff coming out. One of the big things coming up next month is the Dragon Ball Z: Rock the Dragon Edition, which is a new box set that takes the first 53 episodes and three movies that were shown on Toonami, back in the day. It’s a very retro edition. It has the original Canadian cast, before Funimation redubbed it in Texas. This is something that’s never been on DVD. It’s a collector’s edition type of thing. It features the Rock the Dragon theme song, which actually isn’t on any of our DVD releases, surprisingly.”

“In addition to that, we’ve got a ton of other stuff going on. Right now, we’re showing Evangelion 3.0 at a couple of different film festivals this year. August is a really heavy release month for us. We’ve got Michiko & Hatchin, Lupin the Third, The Woman Called Fujiko Mine, Guilty Crown, Eureka Seven: AO, The Future Diary, maybe a few more… August is going to be an awesome month for anime.” 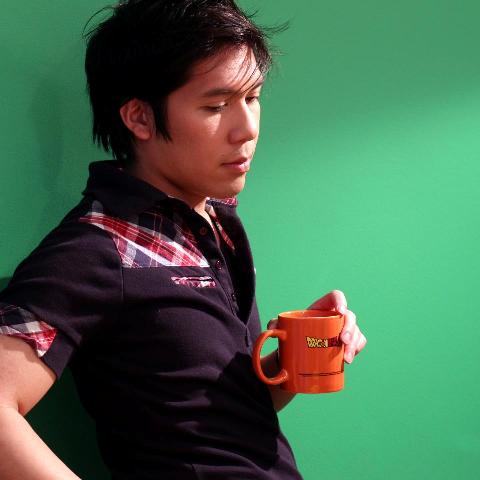 Can you tell me a little about The Funimation Show?
– “The Funimation Show is a new venture we’re trying out and trying to grow our reach and relevance in the Geek community. We’re doing more than anime, nowadays, and everything is kind of getting intertwined. Here, at San Diego Comic-Con, take Marvel, for example. Take one of their properties. You have a comic book, the anime, the movie, the merchandise, digital game, all these different things. Entertainment is just entertainment, now. The Funimation Show allows us to kind of reach out to these people who handle all these types of entertainment and make them more relevant to anime and make anime more relevant to them.”

When did it start?
– “The Funimation Show started this year. We started doing that in February or March and we’re developing it as we go. We’re seeing what works; we’re seeing what doesn’t. Hopefully, it’ll be something we can keep doing.”

Where can we find it?
– “You can find The Funimation Show on Youtube. We’ve got new content every Friday, whether it be a long-form episode of 15 minutes or a short quickie, that could be two to five minutes long. We want to try to keep it fresh. We want to keep it entertaining, but informational at the same time.”

Are there any other new developments at Funimation?
– “We’ve got a new Website coming soon. That’s a big deal for us. Funimation.com is getting a revamp, which should improve everything. Not just the Website, it’s going to improve our apps, our streaming, our social presence, it’ll help us do better promotions… We’re really excited about that, coming end of summer. You should check it out. It’s going to have all these new features that we’re really trying to build a better anime community and make it easier to get access to anime.”

“We’ve got a subscription, where we have over 8,000 videos for you to watch for $7.95/month. It gives you access to HD content over 1,500 full episodes and movies and you can watch it on your mobile devices, on your iPhone, Android, tablets, Roku (which is my favorite), it’s even on Kindle. I think it’s even on some Samsung TVs in the beta stage. We’re actually opening a store on the new site. For the first time ever, Funimation is going to be able to sell direct. That creates a lot of new opportunities for fans, because we can do bundling, we can do special sales, special merchandise, rewards and things like that for our dedicated fans.”