Game Night is a Winner 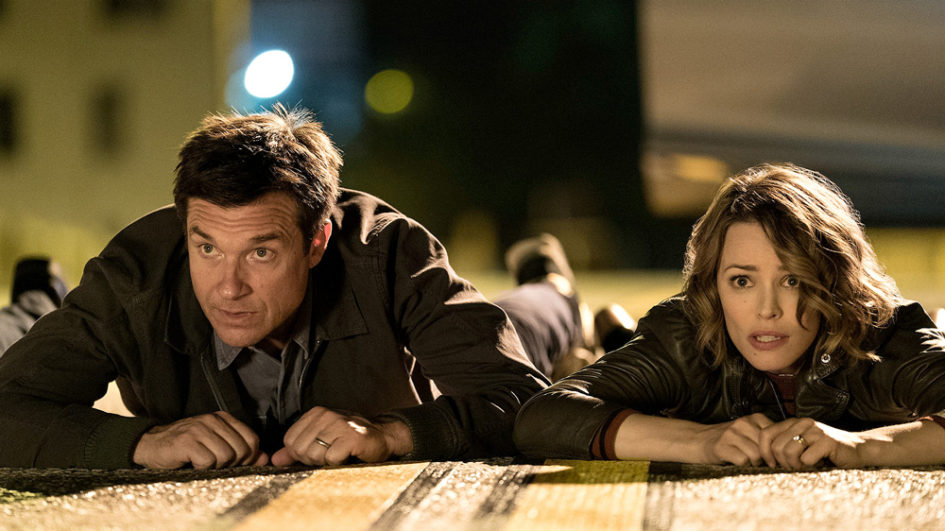 Somehow, I thought Game Night was a horror comedy before I saw it. It’s not. Quite frankly, I don’t know exactly how to classify this film. It’s kinda like 1985’s Clue… except it’s nothing like Clue. You could call it an action comedy, but that doesn’t feel exactly right, either. It’s certainly not a slapstick comedy, the writing is actually razor sharp. There are slight moments of a romantic comedy, but it’s not a romantic comedy, either. It’s just a quirky film that defies exact classification. Classification aside, it’s a great film.

The movie starts out with two competitive trivia players Annie (Rachel McAdams) and Max (Jason Bateman), who meet and fall in love. They are obsessed with their weekly game night with their friends and the group meets each week at their home. When Max’s wealthy and super-successful brother, Brooks (Kyle Chandler), comes to town, he invites the entire crew over to his rented mansion for the ultimate game night. Brooks, however, gets kidnapped by real killers and no one knows that is what is actually going on. The movie, at this point, is a game within a game and you are never quite sure what is going to happen next. The continually added layers make the film more interesting, as the story progresses and the plot begins to expand.

The movie has a great look to it, bringing back the dark, ambient lighting reminiscent of an ’80s action film. It’s interesting because so often, comedy films have a haphazard, thrown-together look, but not Game Night. It’s very clear that the directors cared about this film, and that’s refreshing. The film is well cast. Not one actor drags the film down. Particularly genius was Jesse Plemons, as the creepy next-door neighbor cop, who wants to join the group for game night, but always gets denied. Plemons is so perfect in the film that I need a sequel to the movie, focused on him. The one thing the film could have used more of is the over-the-top character to give the film more memorable moments. Plemons shines in every role he is given and it leaves me wondering why he isn’t landing more leading man roles yet. Billy Magnussen was also a pleasure to watch on screen as a lovable, yet shallow smart-dumb blonde. His constant insistence in the film that there is indeed a rich man’s Fight Club is one of the better running gags in the film.

Game Night isn’t the funniest comedy you will ever see, but it’s one of the best I’ve seen in quite some time. It’s well written, acted and shot. The film’s plot is fresh and unique. It’s a pretty good choice for date night. The film isn’t over-the-top funny, but never fails to be a well-made, fun film. I give Game Night four out of five stars for its fresh take on dark comedy and having the good sense to cast Jesse Plemons. Game Night will be released on Feburary 23rd, check your local listings for times.