Games Horror Fans Should Be Playing On Steam 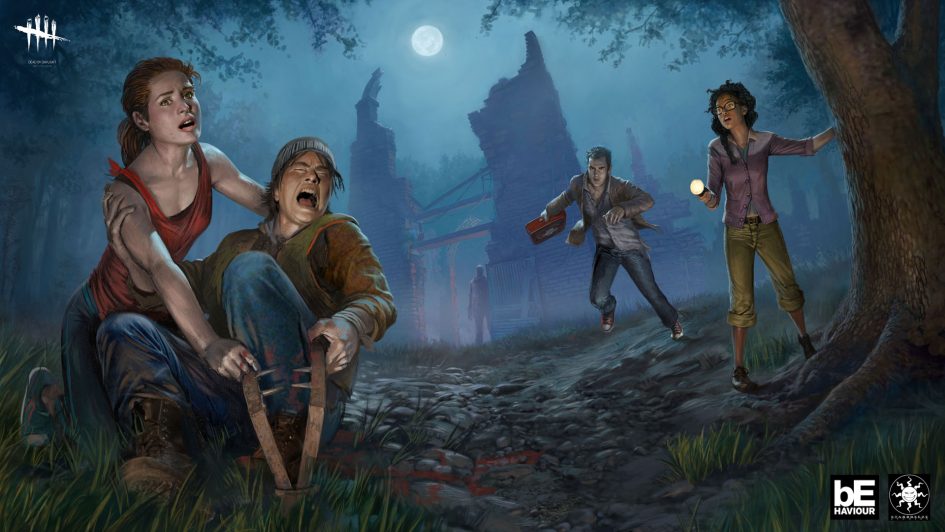 Welcome back to another fun-filled episode of #Hauntlife. This week, yours truly will be reviewing several video games I recently picked up online via the gaming network Steam.

I am not the most avid gamer. Between my day job, 3-D printing business, working with the haunt, and trying to get another aspect of my business up and running (check out HauntedHosting.net), play time is small. Bring in the fact I have a 2-year-old who likes nothing better than sitting in daddy’s lap the moment he gets home and the fact I can even find time to write this article semi weekly is mind blowing.

So, during the holidays, my baby girl got herself some new toys. And for a few short nights, she decided that playing with those new nuggets of fun was more enjoyable than watching Toy Story or Frozen for the millionth time, which gave me the perfect chance to check out Steam and see what is out there to play.

The first game I got to play was a beta release. Back a few months ago, I pre-ordered the Friday the 13th PC game from its Kickstarter. As a perk, I got to play in the open beta when it became available. Lucky for me, that hit at this exact same time as my reprieve from cartoon chaos. Since the game is still in beta and there is a strict Non-Disclosure Agreement in place, and the fact I did not get any special rights to review it on here, I will not divulge any gameplay info. But I will say it is a very enjoyable game and I cannot wait to give it a more thorough review, once the time is reached.

So, while my thirst for blood was still high, I started looking for more games in the same genre of survival horror on Steam. And that is when I found the jewel of a game called Dead By Daylight. In this survivalist game, you choose to take the role of either a survivor or a killer. The survivor’s goal is… well… to survive. They do this by working together to find and power up several generators that are found on the map. Once they have five of these generators running, the control panel that opens the escape doors becomes available, and they have to make their way to the panel, open the door, and run away. Sounds pretty easy, but that is until you look at what the killer is allowed to do. The killer moves around the map, looking for souls to sacrifice to the god known as The Entity. Several meat hooks are scattered throughout the world, and by using the weapons at their disposal, the killer must incapacitate the victims, either hanging them up on the hooks, or by earning the abilities to allow them to insta-kill them. Several killers are available in this game, from a chainsaw-wielding hillbilly and a murderous evil nurse, all the way up to The Shape himself, Michael Myers. 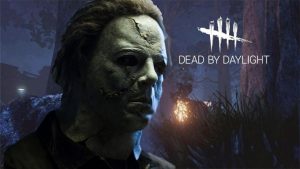 While I love the concept of this game, I do find one glaring issue with it. The matchmaking system is extremely flawed. Starting out as the lowest-level killer (haven’t played a survivor yet), I was completely at the whim of the high-ranked survivors I faced in the majority of my games. Since you gain perks and abilities as you level up, it became apparent that winning the game was not going to happen many times for me as a killer. The difference between a well-leveled team and equal-ranked players is mind boggling. I am not saying it should be easy for the killer to find and dispose of survivors, but it would be nice to at least see a survivor at least once in a match. The really good players were never seen.

Dead By Daylight is a very fun game when the matchmaking component works. But when it is broken, it is incredibly frustrating to play. Add in the fact that it is a completely online game, and you have to play against other players and you have no option to hone your skills against AI opponents. The developers recently stated they will be fixing the issue and I hope it comes sooner, rather than later. I give the current version of this game a 3 out of 5 stars. Easily it will be a 5, once the problems are fixed.

Another game I picked up is an alpha-phase release called The Forest. The premise of the first-person perspective game is that you and your son were on a passenger airliner that inexplicably crashed on an island. Before you pass out, you see your son being carried off by a red-skinned man. Upon coming to, you have to start your fight to not only find your son, but to survive. As the days progress, you have to forage for food, kill animals for pelts to create clothing, collect rainwater to drink and build shelters to protect your food and life. Cannibals roam around the island in packs, but they are the least of your concerns. You will also encounter mutants, including multi-legged freaks called Virginias, blind limb-less babies, and giant abominations called Armsies. All of these evils stand between you and your boy on The Island. 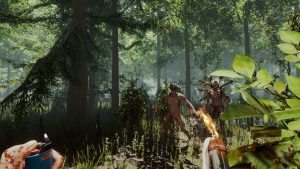 Was it something I said?

Without a doubt, I love The Forest. This game is fully immersive. Unlike many games, there is no music. The only sounds you hear are the sounds of the ocean waves, the rustling of trees and the ungodly noises produced by the creatures living around you. It was hard to not get pulled in too deep. In fact, one night when I was playing, my wife hit me on the shoulder and asked me why I was breathing so hard. I had just barely escaped a group of cannibals and made a mad dash back to my seaside fort. I was actually physically affected by this game. No wonder how I have put in over 27 hours of time since I got it on Christmas. And no wonder I give The Forest a perfect 5 for 5 for survival horror games.

In review, I think you all should check out The Forest and Dead By Daylight, in that order. For a game that is only in a playable alpha build, The Forest is light years ahead of many games that are already for sale. It is what I would call the perfect example of what a survival horror game should be. And after you have played your heart out in The Forest, download Dead By Daylight. Hopefully, the fixes will come in soon and this game can reach the perfect score it deserves, as well. Time will tell on Dead By Daylight, but if the developers are not careful, Friday the 13th: The Game may steal some of its thunder with its very comparable system. A full review of FTT will come when it is released.

So, if you will excuse me, I hear something behind my fort. Might be cannibals; might be a deer. Either way, I need to go hunting.

See you in the next #HauntLife.