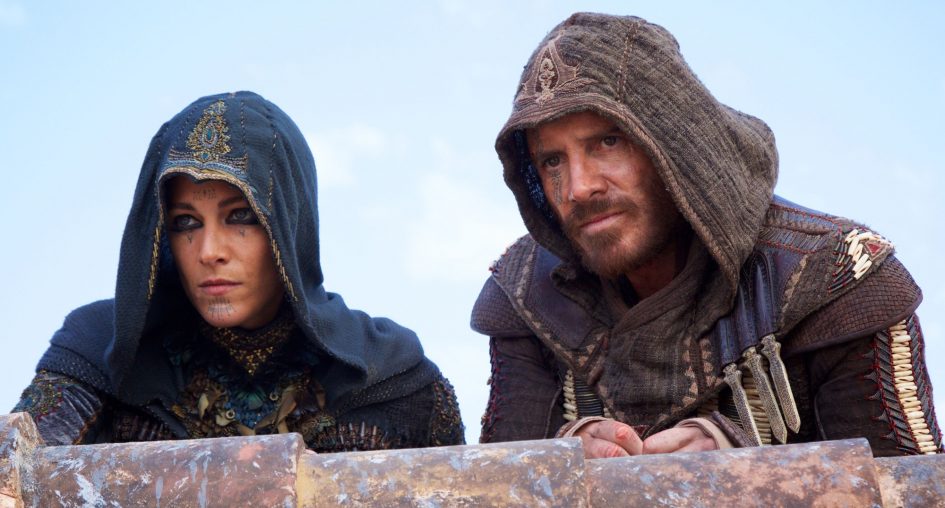 I have yet to see a video game-based movie that has been good. A lot of them are just executed poorly or too far removed from their original source. I wish I could say that Assassin’s Creed is different, but it is definitely more of the rule than the exception.

I think frequent gamers, like myself, are taken advantage of by big Hollywood studios, like Regency, by using too many liberties in game-based films. Many video games, themselves, tell compelling stories. Though, admittedly, I have only played the third installment of the Assassin’s Creed video game franchise, I can tell that the movie didn’t take a lot of the elements of the game, itself, seriously. It’s as if some executive producer somewhere saw a few YouTube clips of the gameplay and tried to fill in the gaps of the story with his own ideas.

First off, the whole backbone of the story is that the company, Abstergo Industries, is trying to find the source of humanity’s violent tendencies in the world by seeking out the Apple of Eden. Of course, this apple is supposedly the forbidden fruit, eaten by Adam and Eve of the Old Testament. The movie’s title scroll alludes to this from the beginning. Using common sense, it should be obvious that they would be looking for a piece of fruit. Also using common sense, it seems ludicrous that anyone, anywhere, would think they have a shot at finding something that would have rotted itself out of existence thousands of years ago. But, of course, the apple is just some metallic glowing orb that makes us imagine God’s creation of apples is more in line with a MacBook than a Macintosh.

Aside from the bizarre and unimaginative driving force behind this movie’s plot, there are plenty of other qualms to be had. Abstergo’s chief scientist, Dr. Sophia Rikkin’s work revolves around the Animus, a machine with a rotating arm, used to obtain genetic profiles of users’ ancestors in order to make them relive moments of their lives. She has some beyond-crazy scientific theories to divulge, which is basically her only role, since all she does is reveal exposition. According to her, violent aggression is something that has been passed down through genetics, throughout history. So, basically, if your great, great ancestor from 12th century Spain had a penchant for violence, then that violent behavior was passed down throughout your entire lineage. That is, in her understanding of the subject, entire sections of family trees are just rife with vicious marauders. This would also help explain why the Brotherhood of Assassins seem to pass their murderous ways down to the next generation, instead of finding like-minded individuals who want to fight for a cause. This would not explain, however, why our protagonist, Callum Lynch, wasn’t in on this secret, and only found out about his parent’s involvement when he walked in on his mother’s murder scene at the hands of his father.

There really isn’t much more to say about this movie. There are plenty of examples of bad storytelling in it, like a whole group of would-be, modern-day assassins being held captive by a corporation that desires world peace, or why the opposing forces to the Brotherhood of Assassins, known as the Templars, like to hold meetings with convenient open compluviums, perfect for being assaulted from above. Even the editing seems to have been made on Windows Movie Maker, at times, especially when the CGI hawk is used to denote a change between present day and ancient times.

In short, Assassin’s Creed is yet another perfect example of what audiences should expect for a video-game adaptation.