Get Your Little Ninja & Ninja-Go to Ninjago! 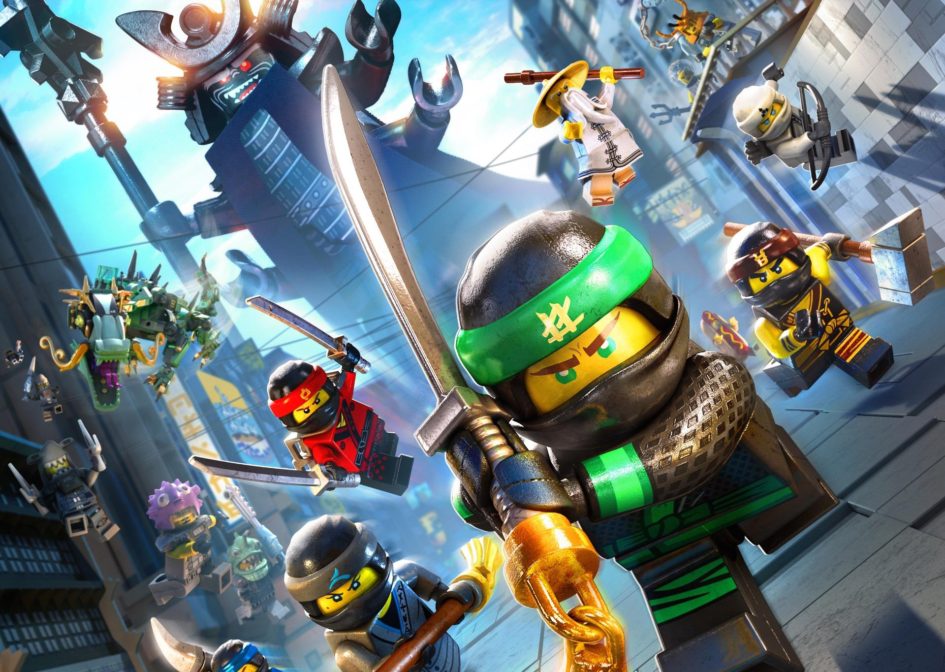 If you’re like most adults, even those with an affinity for LEGO and their amazing universe of both original sets and the myriad of licensed sets, you may not have a lot of familiarity with the LEGO Ninjago series of toys and media. If you’re like most adults, chances are you have a kid who is intimately familiar. Coming to theaters on September 22, the big-screen debut of Ninjago is a safe bet for both a knee-high expert and a full-grown fan.

Jackie Chan brings the biggest star power with a live-action role and voice-over performance, to a cast lineup that is certainly not without its well-known names, including Dave Franco, Fred Armisen, Kumail Nanjiani, Michael Peña, Abbi Jacobson, Zach Woods and Justin Theroux. The story lifts a bit of the live-action macro world we saw in The LEGO Movie to bridge the story in and out of the Ninjago world, including a clever implementation of a cat, which is a fun punch line that shouldn’t be spoiled here.

The most striking thing about the movie is the progression of attention-to-detail that has been occurring ever since The LEGO Movie (and even since many of the TV and direct-to-video treatments before that). This film brings us the most amusingly detailed renderings of the decals, inscriptions, shapes, textures and wear of the toys we have seen thus far. This element makes the already-entertaining world made of blocks and parts even more visually interesting.

Dialogue is also a big positive in the Ninjago movie, as quippy gags for the adults in the room frequently enhance the script. As a common strategy in children’s fare, this can be tired and overdone, but the lines chosen for this film seem better conceived than some of the low-hanging fruit out there, and with one punch line referencing the Beatles, we might even be getting into the territory of an offering of clever banter for the grandparents, as well.

Obviously, these films are not existing in a toyless vacuum. The bottom line for the bean-counters is the ability of the medium to sell metric tons of product at stores worldwide. This reality is looking up for the merchandising-jitsu of this LEGO series. With all-new mechs based on the film and other related sets, the line is fully refreshed and ready for the holiday season. Fortunately, one of the best aspects of the LEGO approach is the ability to make fun of itself. Between riffing on the ridiculousness of some toy features and other over-the-top traits often found in similar genre fare, this flick embraces the aforementioned obviousness with a nice fit.

Pacing of the one hour and forty-one minute movie is well-balanced, even though it is on the higher side of running times for most of the kids’ fare of late. Audiences can expect to be fully engaged at all age levels, with the story delivering a somewhat formulaic, but still-entertaining adventure and simple, relatable moral.

Is it cinema-worthy? LEGO’s Ninjago will be a big one on your kids’ list this fall, but it may be just as good in quality home theaters. The reassuring reality is that you won’t have to feel like you’ve been dragged to a movie you can’t enjoy on your own, and when the box-office tally is in, this one seems a likely success.