Are We Watching The Punisher Trailer or Conspiracy Theory? 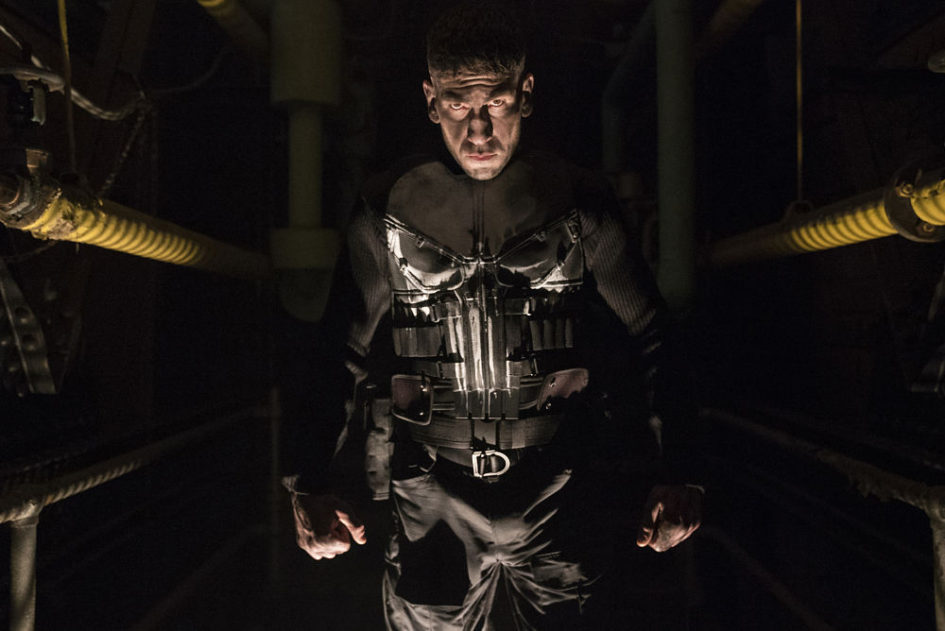 Jon Bernthal in Marvel's The Punisher.

Netflix just dropped a new trailer for The Punisher and it looks pretty good. It definitely looks better than than the teaser trailer that had Frank Castle wailing away on some concrete with a sledgehammer like he was John Wick.

The new trailer looks pretty high on action. Once we get the requisite flashback scenes of his family, we see Frank getting his Punisher gear together before there’s an intense firefight. Shootouts occur, there are explosions and chases, on foot and in car. Frank links up with Microchip, who tells him there’s a task force from branches of the government to take down The Punisher. We see Frank with, now reporter, Karen Page from the Daredevil series, running from the law.

Aaaaand here’s where I start to get worried.

The Punisher was one of the best things about Season 2 of Daredevil. His story arch was certainly more interesting than that of Elektra. We were shown the vigilante from the comics who was willing to go further than Daredevil and put criminals down for good. But Season 1 of The Punisher makes me think I’m watching a trailer for Conspiracy Theory, with Frank Castle as Mel Gibson and Karen Page as Julia Roberts.

I’m not interested in watching The Punisher trying to unravel some government conspiracy. I don’t want to watch him kill paramilitary government agents, no matter how shady they are. In the comics, the government and police usually leave The Punisher to his own devices, because Frank is doing their job for them and has a strict rule about not killing police officers. In fact, he’s often surrendered and been arrested when surrounded by police, only to break out later, beginning with his first appearance in the pages of Spider-Man comics. That’s not to say he hasn’t killed soldiers or government agents occasionally in the comics, but they had to be really dirty.

But wouldn’t you rather watch The Punisher kill criminals instead?

Looking at the cast list, I saw a glimmer of hope. Actor Ben Barnes is playing the character Billy Russo. For any fan of the comics — or for those of you who’ve watched the movie Punisher: War Zone — you’ll recognize that name of the man who eventually becomes the supervillain Jigsaw. I guess we’ll have to wait to see if Billy Russo gets his face scarred up to look like a jigsaw or if the show is setting up their main villain for next season, like Jessica Jones did with Will Simpson, who becomes Nuke.

I’m also gonna take this opportunity to disagree with the casting of Microchip. By casting Ebon Moss-Bachrach as Micro, Netflix has taken the role away from a plus-sized male actor. This is compounded by the fact that I see no other overweight actors in the trailer to make up for this. Not everyone is one body type, Netflix.

Punisher: War Zone got it right when they cast Wayne Knight (Newman from Seinfeld) in the role of Micro. He was practically the spitting image of Micro from the comics… and I would know, since I have a huge collection of Punisher comics. Not sure what was up with that chin beard, though. At any rate, after Wayne Knight’s iconic role as Dennis Nedry in Jurassic Park, you totally bought that he could play a first-rate hacker in any feature.

Besides, the character of Micro in the Netflix series is all wrong. Micro should be to Punisher, what Tom Arnold was to Arnold Schwarzenegger in True Lies. Every action hero needs someone who can hook them up with the latest gadgets, tech and firepower; but also serve as the voice of reason when the hero gets too hot-headed.

If Netflix wanted some scrawny, scruffy, young hacker to assist Frank Castle, then they should’ve given Ebon Moss-Bachrach the character of Henry Russo. Henry starts helping Frank during the Dark Reign comics storyline, when Norman Osborn becomes the director of the government agency H.A.M.M.E.R. (excellent story, by the way), using his power to track down The Punisher. This story would mirror the current season of The Punisher.

Plus, you eagle-eyed readers must’ve caught that Henry’s last name is Russo; just like Billy Russo. Yep, he’s Jigsaw’s son, trying not to be like his dad. This would make for an interesting dynamic if The Punisher makes it to a second season. But Netflix has really gotta start thinking ahead and give their casting agents some copies of the comics.

I hope the first season is good. I hope that The Punisher is good enough to merit a second season. Then we can get past all this conspiracy nonsense and watch what we really want to watch — The Punisher punishing criminals.