GI Joe vs. Barbie: The Toys That Built America 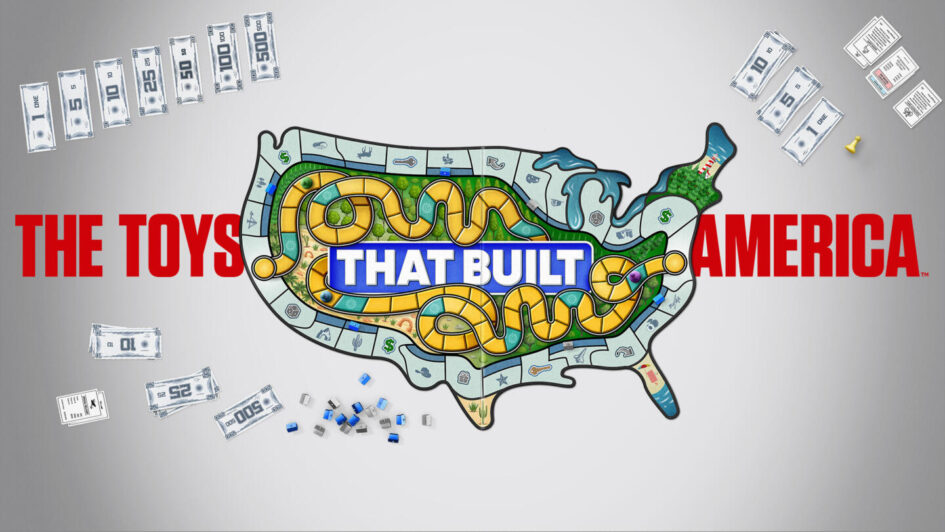 Per Matt
Creativity and marketing have always sparked an interest for me in popular-culture topics throughout the years. It’s influenced the books I’ve read, the movies I’ve paid to see inside theaters, the TV shows I’ve watched at home and the products that I purchased. As a Child of the ’80s, I’m biased in the belief that I grew up with the best resources, ever, to stimulate my imagination. That’s one of the reasons I’ve been impatiently awaiting the premiere of The Toys That Built America.

Featuring “the untold stories behind America’s iconic toy innovations,” this new television series, which airs on History Channel, shines the spotlight on inventors, creatives and entrepreneurs who brought joy to others through their hard work and determination. And they helped build great memories in my childhood.

Who created the Frisbee, Silly Puddy and Slinky, and why were they important in the grand scheme of things? The series premiere, “Masters of Invention,” brings these happy accidents and spectacular fails to life. It also details the toy-craze phenomenon that was sparked with their release.

These hands-on toys, which were credited for building the hand-eye development of kids, laid the foundation for a growing toy industry. After World War II, the nation was experiencing a buying boom and the toy revolution begins. Paired with a catchy jingle as a marketing tool, these were evergreen toys that kept on selling. Eventually, there were the inevitable counterfeits and lawsuits, which spawned an expression:

“It went the way of the hula hoop.”

I was more interested in Episode 2, “Clash of the Toy Titans.” In it, the origin stories of Hasbro and Mattel are built, leading up to their head-to-head battle for your bucks. The Barbie doll business started out of a garage (Mattel) and GI Joe led to Hasbro coining the term, “action figure.” Both companies became massively successful. And both companies played a role as I grew up.

While Toys is informative and fun to watch, it’s incredibly nostalgic — which is a huge reason I’ve really enjoyed watching the first two episodes. I grew up reading GI Joe comic books, watching the animated TV show weekday afternoons and eventually saving up my allowance to purchase the action figures and vehicles. And I wasn’t the only one (Mattel was more influential for my younger sister.). Both companies sparked a cultural phenomenon that truly hasn’t stopped after multiple decades. These toys have united people, but they’ve also thrown up warning flags.

Another intriguing portion of this story is seeing people giving up too soon on their inventions, while watching others reap the rewards. You really never know what item will become the next “it toy,” while others flame out. And then there’s the advertising to children aspect. That feels like a form of brainwashing, but I seem to have grown up OK, so it couldn’t have been that bad… could it? I do hope that element is addressed in the future.

I can’t wait to see the future episodes focusing on the game of Monopoly, Mr. Potato Head and Hot Wheels.

History has smartly paired the show with Modern Marvels, which airs immediately afterward, dealing with similar topics (the network did the same with The Food That Built America). As items that impacted generations of kids appear on the show, I’m reliving my childhood and loving every moment of it. New episodes are broadcast every Sunday and you can stream the show via the network’s webpage.